Fan of popular works of fiction have lots of theories. Here is the part 2 of 10 Mind-Blowing Interesting Fan Theories. For part 1, click here. 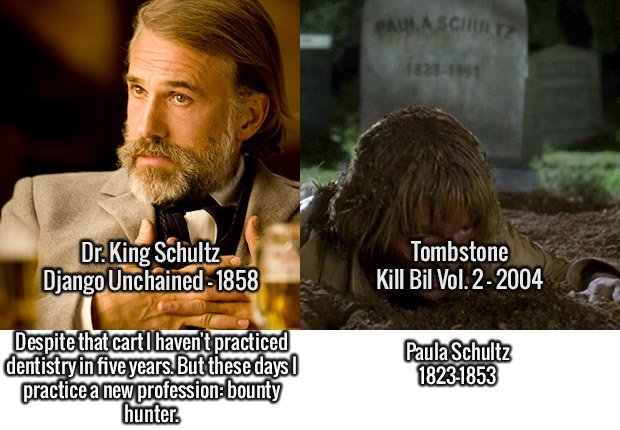 So now you know why Christoph Waltz stopped practicing dentistry in Django.

It is well known that all of Tarantino’s films take place in the same universe. This is established by the fact that Mr. Blonde (Reservoir Dogs) and Vincent Vega (Pulp Fiction) are brothers, everybody in his movies smoke Red Apple cigarettes, Mr. White (Reservoir Dogs) worked with Alabama from True Romance.

As it turns out, Donny Donowitz, ‘The Bear Jew’ (Inglourious Basterds), is the father of movie producer Lee Donowitz from True Romance, which means that, in Tarantino’s universe, everybody grew up learning about how a bunch of commando Jews machine gunned Hitler to death in a burning movie theater, as opposed to quietly killing himself in a bunker.

Because World War 2 ended in a movie theater, everybody lends greater significance to pop culture, hence why seemingly everybody has great level of knowledge in movies and TV. Likewise, because America won World War 2 in one concentrated act of hyperviolent slaughter, Americans as a whole are more desensitized to that sort of thing. Hence why Butch (Bruce Willis in Pulp Fiction) is unfazed by killing two people, Mr. White and Mr. Pink (Reservoir Dogs) take a pragmatic approach to killing in their line of work, Esmeralda (Pulp Fiction) the cab driver is obsessed with death, etc.

You can extrapolate this further when you realize that Tarantino’s movies are technically two universes. He has gone on record saying that Kill Bill and From Dusk ‘Til Dawn take place in a ‘movie movie universe’; that is, they’re movies that characters from the Pulp Fiction, Reservoir Dogs, True Romance, and Death Proof universe would go to see in theaters.

2. Jack was a Time Traveler 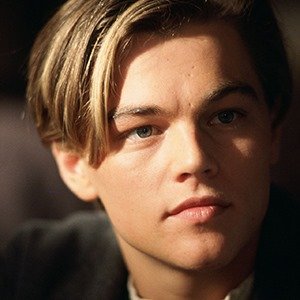 Jack, from Titanic, was a time traveler, that was only there to save Rose from committing suicide and altering the timeline. If Rose jumped to her demise, then the ship would have had to stop to look for her. The temporary delay would have lead to warmer weather and the Titanic never would have hit the ice burg. This is also why Jack spent so much time with Rose, it was his job to ensure her survival.

Let’s look at the evidence. Jack doesn’t have any money from this time period, so he has to gamble in order to get the ticket in the first place. He mentions fishing in Lake Wissota, which is a man made lake, created in 1917, 5 years after the Titanic sank. His haircut seemed completely out of place for the era, furthermore, that rucksack wasn’t common till the late 30’s. He claims he will take Rose on a roller coaster on the Santa Monica pier which wouldn’t be built till 1916. How else would he have knowledge of all these things?

3. The Joker does have a superpower 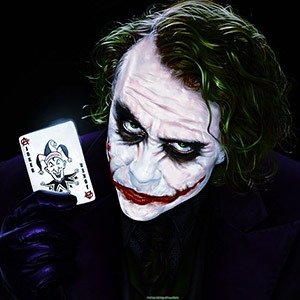 The joker in the batman universe does have a superpower. No one could pull off half the random things Joker does unassisted, all the near deaths, convoluted plots and inevitable escape attempts, impossible without some other force at work. But really, it’s his name that gives it away. He has got a power any comedian, class clown or joker would kill for.

He has a supernaturally good sense of timing.

That’s why all his schemes can work and why the only times he gets caught are when he can safely get away later. Because even if he’s unaware that he’s doing it, he’s always in the right place at the right time. Joker probably isn’t aware he even has this power, but its part of the reason he never gets over his insanity. Because everything always works out for him, he’s never confronted with facing reality aside from the chaos he creates.

4. Bender from Futurama wasn’t a criminal until he met Fry 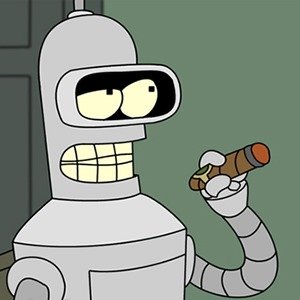 When we first meet Bender, he’s ready to commit suicide because he found out he was helping to make suicide booths. This doesn’t tally with the Bender that we get to know throughout the course of the series. In fact, nothing he says before they run from Leela in the first series suggests that he’s nearly as bad as the Bender we love.

When they try and escape from Leela in the head museum, Bender gets shocked via an old light fitting. Maybe in doing so, it caused Bender to reboot. In the penguin episode, we see that Bender resets into a mode relevant to his surroundings. He sees penguins, he boots into penguin mode. Therefore, since he rebooted in the hall of criminals, the first thing he sees is the heads of famous criminals, and therefore reboots into the lovable but highly-illegal rogue.

5. Robin’s primary use is as a potential weapon against his own mentor 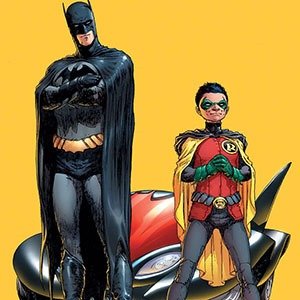 What Batman fears more than anything is turning evil. He is perfectly aware he is capable of doing so, and just about no-one would be able to stop him if he was a villain.

But what if there was a person who knew his fighting style and weaponry inside out and back to front? What if there was another person with his skill and similar life experiences, yet far more young and optimistic than Batman?

Robin is the one who will take Batman down if he goes rogue, as he is not just a protégé, but Batman’s planned countermeasure for a set of circumstances that may never arise.

6. Everyone in the Simpsons family is a genius 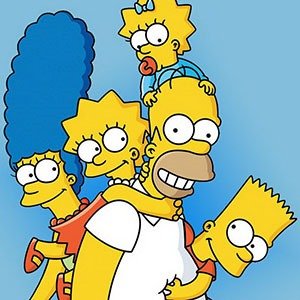 Everyone in the Simpson family is a genius, but Lisa is the only one who embraces it.

Grandpa may be senile now but his flash backs show him doing a number of things that require a variety of skills such as being a fighter pilot and an accomplished pianist, that suggests that he has at least an above average intelligence. Marge was an excellent student but choose a life as a house wife because it is what made her happy. This is important because everyone besides Lisa chooses happiness over intelligence.

Homer would be one of the smartest men to ever live except for the crayon he had lodged in his brain at an early age. When the crayon was briefly removed, he becomes a genius, doing such things as proving god doesn’t exist, but he put it back in order to avoid ostracism from his friends and community. Unlike Marge his choice is more serious; miserable but a genius or happy but a m*ron?

Bart essentially makes the same decision as his father but at a much younger age and without having to alter his brain. In one episode he is shown to have been incredibly gifted when he was younger but his grades steadily declined. Why? That episode would have you believe it was the “Simpson gene” which makes male Simpsons idiots. But the removal of the crayon from Homer’s brain and his boost in intelligence proves that to be wrong. Instead Bart witnessed that despite his father’s many faults and crippling stupidity he is happy. This was proof for him that ignorance is indeed bliss. He decides to follow his father’s path but his intelligence leaks through on several occasions when it comes to pranks, which are original and clever. Yet his denial of his intelligence stops him from succeeding at school even when he wants to, and he torments Lisa because he feels bad for her and wants her to make the same decision he did.

Lisa only reinforces his decision because of how unhappy she is. Her intelligence will never bring her happiness. She is by far the saddest and mopiest character but for better or worse has decided to stick it out.

Maggie, being an infant, has not been forced to make this decision yet but seems as intelligent as the rest of her family, one time rescuing Homer from a crazed tow truck driver. She will have to make the same choice with two examples, her brother and sister, to guide her.

7. The Golden Snitch in Harry Potter Isn’t Such a Stupid Idea 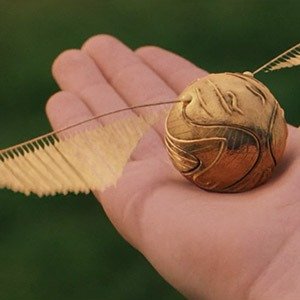 The Golden Snitch has been mocked as a device to let Harry win Quidditch matches single-handedly. It invalidates almost the whole game. 150 points just for the Snitch, when goals only count for 10 points, seems ridiculous.

However, this may not have always been the case. There are stories of Quidditch games lasting for days or weeks (they have to have something to do until someone invents the wizard Internet) – with so many goals being scored in this case, the Snitch wouldn’t be so significant.

What’s changed? Broomsticks. In the course of the series we see the Nimbus 2000 outclass all other broomsticks, then the 2001 edge that out, then the Firebolt sweep the floor with all of them. This massive leap in flight magic isn’t matched by a corresponding Snitch speed increase. The Snitch has clearly become easier to catch due to faster brooms, such that there isn’t time for goals to be significant.

8. The Dark Knight: Why No One Died at Bruce’s Fundraiser 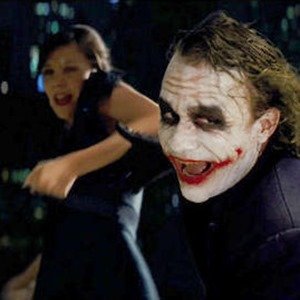 In the interrogation scene, the Joker says, “For a minute there, I thought you were Harvey Dent,” referencing Batman’s actions at Bruce’s fundraiser. This explains a couple of apparent plot holes.

First, when the Joker arrived at Bruce’s fundraiser for Harvey Dent, the Joker wasn’t randomly killing people–he had a plan, and part of what made his plans horrifying was his ability to tell the police exactly who he was going to kill and then kill them. Killing random bystanders doesn’t accomplish that. When the Batman (who the Joker thinks is Harvey Dent) jumps out the window to rescue Rachel, the Joker expects them to be the same person, so there’s no reason to keep looking for Harvey Dent at the party.

The Joker never wanted to kill Batman (he says as much in the interrogation scene, “I don’t, I don’t want to kill you! What would I do without you? Go back to ripping off mob dealers? No, no, NO! No. You… you… complete me.”), he wanted to force Batman to break his “one rule.” A dead Batman cannot be corrupted, so as long as Harvey Dent might be Batman, Dent must not be killed.

9. Spongebob is a tampon 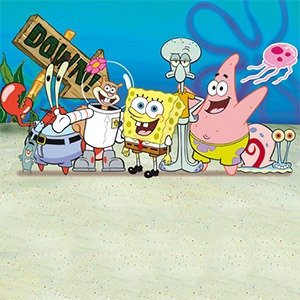 If you think about the facts it all kind of pieces together. Spongebob is a super absorbent sponge like product. He lives in a place called bikini bottom. He is on the other side of town to a girl named sandy cheeks. He works in the krusty krab with squidward an anamorphic squid that looks strangely enough like a giant penis. Squidward likes to avoid run-ins with spongebob whenever possible. Squidward thinks that he is good at something despite the fact that we all know that he isn’t no matter how hard he practices in his home by himself. Patrick is maybe a tattoo that gets viewed a lot. Plankton is an insecure little thing with one eye who is married to a computer and is envious of what the krusty krab has and wishes to have it to himself, or at least the ingredients on how to make one, aka: a pervert. 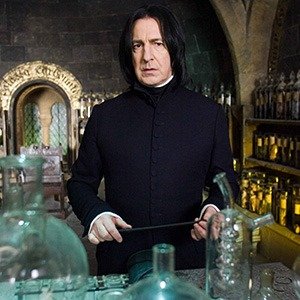 In Harry Potter and the Philosopher’s Stone, the first thing Snape asks Harry in Potions class is, “Potter! What would I get if I added powdered root of asphodel to an infusion of wormwood?”

According to the Victorian Language of Flowers [1], asphodel is a type of lily meaning ‘my regrets follow you to the grave,’ and wormwoood means ‘absence’ and symbolizes bitter sorrow. The entire question has a hidden meaning of “I bitterly regret Lily’s death.”