Mysteries and study of unknown has always intrigued humans. Search for truth has been mankind’s biggest motivator to move ahead. Here is a compilation of top 10 modern unsolved mysteries of the world. These mysteries are wide in scope and include mysteries from all over the world.

In the remote Qinghai Province there is a mystery that has yet to be satisfactorily explained, and is off limits by Chinese government. Near the summit of Mt. Baigong stands a 60 m pyramid. At the base of this pyramid are three caves. In these caves, elsewhere around the mountain and nearby Lake Toson run lines and lines of what look like old lead based pipes. Local countrymen have known about the pipes for centuries. Two of the three caves at the base of the pyramid have collapsed and are inaccessible. Only one cave now remains accessible. Oddly enough, on the roof of the cave a pipe 40 cm in diameter bumps out on an angle. Another pipe of the same diameter is seen on the floor of the cave, disappearing into the ground. There are more pipes outside the cave at ground level that range in 2 cm to 10 cm in diameter. More pipes are scattered around lake and on lake floor. Initial analysis of the pipe material found it to be indeed incredibly old, and consisting of iron oxide, silicon dioxide, calcium oxide and the other 8% of unidentifiable content. Similar pipe structures have been discovered in Louisiana. These are deemed to be naturally formed by some scientists. No more official information has been released on this subject by China. 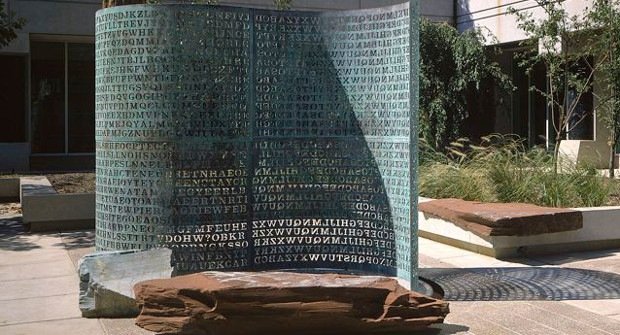 Jim Sanborn designed the puzzling S-shaped Kryptos sculpture in 1989. It was later placed in the Courtyard plaza of the CIA in Langley, Virginia. There are four sections to the sculpture, each containing an encrypted message. Three of the four coded messages have been cracked. The fourth one has yet to be deciphered, and is considered one of the most famous unsolved codes in the world. Kryptos’ first three coded messages were cracked in 1999 by a computer scientist from southern California named James Gillogly. In 2005, Ms. Monet Friedrich, a computer engineer from Vancouver, British Columbia, discovered an error in earlier deciphers that was confirmed by Sanborn. The fourth coded message has yet to be solved. It is the hardest, arguably, because it is the shortest of the four messages, containing only 97 characters, so it is harder to find patterns. Recently, Sanborn revealed a clue to the New York Times: The characters that are the 64th through 69th in the final series on the sculpture read NYPVTT. When deciphered, they read BERLIN. There is an online community dedicate to solving this puzzle. 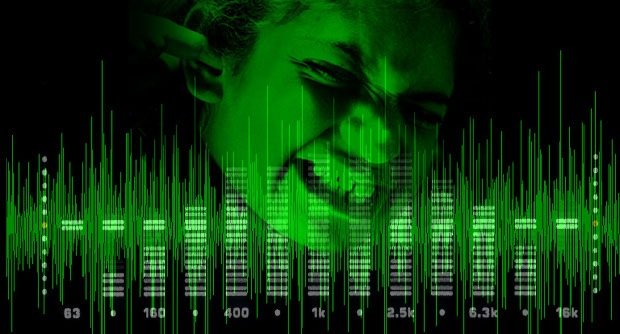 The hum is a low-pitched sound heard in numerous places worldwide, especially in the USA, UK, and northern Europe. It is usually heard only in quiet environments, and is often described as sounding like a distant diesel engine. Since it has proven undetectable by microphones or VLF antennae, its source and nature is still a mystery. In 1997 Congress directed scientists and observers from some of the most prestigious research institutes in the nation to look into a strange low frequency noise heard by residents in and around the small town of Taos, New Mexico. Only a small percentage of the population has confirmed of hearing it. For years those who had heard the noise, often described by them as a “Taos hum”, had been looking for answers. To this day no one knows the cause of this hum. 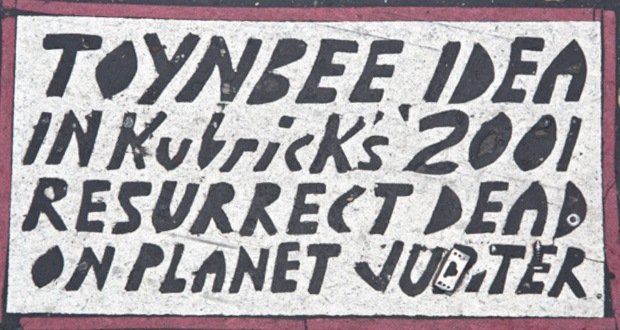 “Toynbee Tiles” are linoleum plaques which have been embedded in the asphalt roadways of about two dozen major cities of United States and four South American capitals. They were first photographed in late 1980s. They are written in English (often lacking proper grammar and syntax). They are fairly easy to access and they have attracted the attention of many puzzle enthusiasts. No one really knows who is behind this. They contain some variation on the following inscription, “TOYNBEE IDEA IN MOViE `2001 RESURRECT DEAD ON PLANET JUPITER. The tiles appear to be the work of a single person, initially thought to be James Morasco, a Philadelphia carpenter. Even after his death in 2003, new tiles continued appearing in Philadelphia. Tiles that are located in the middle of busy streets and highways tend to wear away quickly and hundreds have been destroyed declaring them be vandalism. 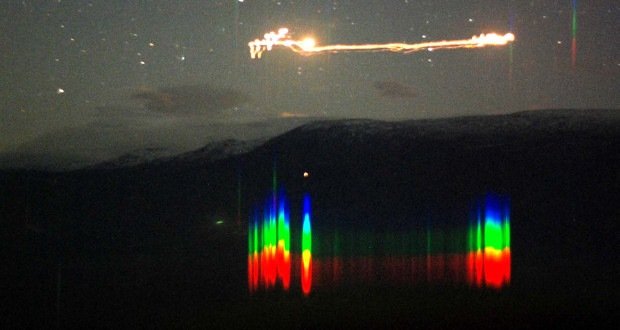 Hessdalen Light is an unexplained light phenomenon that occurs in Hessdalen valley of Norway. They were observed over 15 to 20 times per week from 1982 until 1984. Since then, the activity has decreased and now the lights are observed about 10 to 20 times per year. The Hessdalen light most often is a bright, white or yellow light of unknown origin floating above ground level lasting sometimes for more than an hour. Several other types of unexplained lights are observed in the Hessdalen valley. In spite of numerous working hypotheses, there is no convincing explanation to the origin of these lights. 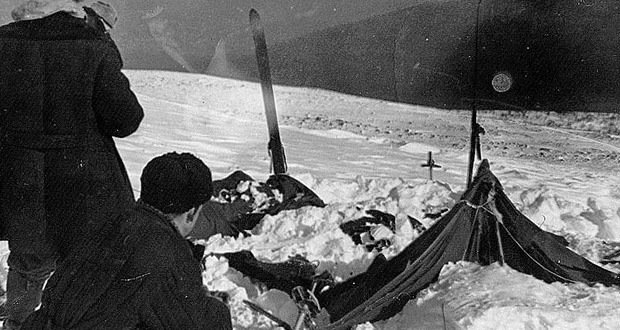 At the end of January 1959, a Russian cross-country ski team ventured into the Northern Ural Mountains. Intended expedition was a week-long skiing adventure to reach Oroten Mountain in Urals. They left Vizhai (the last inhabited settlement far north) on January 27th, but never came back alive. The trouble wasn’t that the team disappeared. It was the state they were in when they were found. The campsite was abandoned with tent torn from inside. Searchers followed the recent footprints that led to the edge of nearby woods where they discovered the remains of a fire and two dead bodies. The first two bodies discovered were found shoeless and only wearing their underwear. Nearby the searchers found three more bodies that appeared to have been trying to return to camp at that time. It wasn’t until two months later that authorities would find the remaining four bodies in a ravine under 4 m of snow quite a bit further from the camp. Two of the hikers had skull damage, two had major chest fractures, and one woman was missing her tongue. They had no external wounds or injuries. There were no foreign footprints and there was no sign of a struggle. What’s puzzling was that some of the victims were wearing each others’ clothes. Examination concluded six of the group members died of hypothermia and three of fatal injuries. Medical examiner finally concluded that the group members all died because of a “compelling unknown force.” 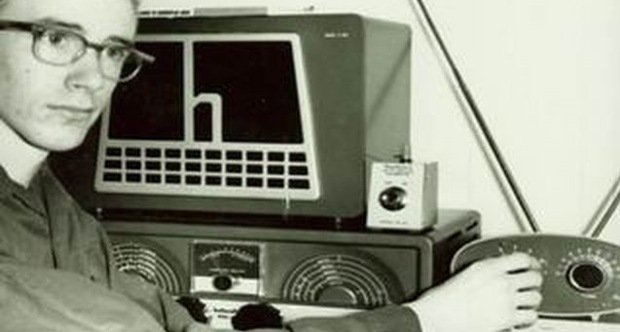 UVB-76 is a mysterious shortwave radio station that was first observed in 1982 and has transmitted 24×7 ever since. It broadcasts almost nothing but 21-34 buzzes per minute, each lasting roughly a second, 24 hours a day. Very rarely, perhaps once every few weeks, the monotony is broken by a male voice reciting brief sequences and strings of alphanumeric codes and Russian names. Despite much speculation, its actual purpose remains obscure to the public. On June 5, 2010, the buzzing ceased and there was only silence. The following day, the broadcast resumed. Presently, the station’s transmitter is believed to be near the town of Pskov in Russia. Today, the station’s fan base includes conspiracy theorists, anarchists, hackers, and Kremlinologists. 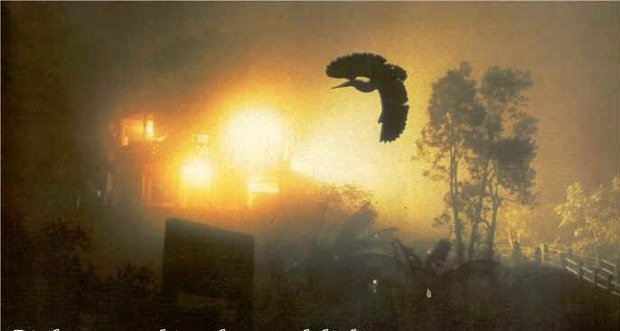 The village of Jatinga in the Dima Hasao district of Assam in India has a population of around 2500. The village is world famous for its phenomenon of bird suicides. Most of the migratory birds visiting the area never leave the village and just drop to their death on the streets. The case gets even inscrutable in the sense that these birds plummet to their death precisely between 06:00 p.m. to 09:30 p.m. on the moonless nights of September and October. These mass suicides only occur on a specific 1 mile by 600 feet strip of land and this phenomenon is said to have occurred year after year without a break for more than a century. Many theories have been offered by scientists to explain this phenomenon, the most popular one being that these birds are attracted towards village lights that confuse them. Another theory that makes more sense is the presence of excessive magnetic field in the area that disorients them. Though more theories continue to arise, no one has yet been able to prove the exact explanation behind this phenomenon. 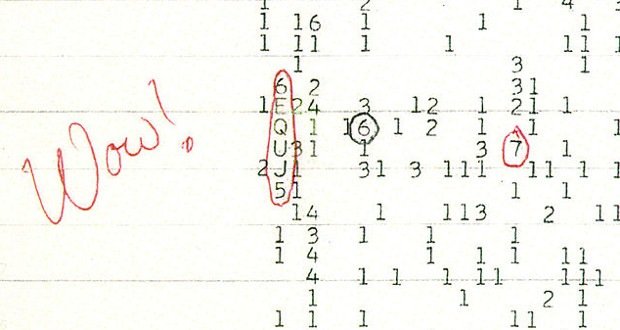 Jerry R. Ehman was a volunteer researcher for the Ohio State University. On August 15, 1977, he detected “Wow! Signal.” It was a strong narrowband radio signal. It was detected while he was working on a SETI project at the Big Ear radio telescope in Ohio. Back in those days, such information was fed into IBM mainframe computers, printed on to a perforated paper, and manually examined. On that fateful day something surprised Ehman. He spotted a vertical column of alphanumerical sequence “6EQUJ5,” around 10:00 p.m. He grabbed a red pen and circled the sequence. In the margin, he wrote “Wow!” The source of the signal was determined to be from stars somewhat closer to Sagittarius constellation. About 35 years later on August 17, 2012, a project directed by the National Geographic Channel and Arecibo Observatory beamed a package of digital data towards the source of the Wow! Signal. It consisted of Twitter messages from the public, submitted via the hashtag #ChasingUFOs, as well as videos from various celebrities. 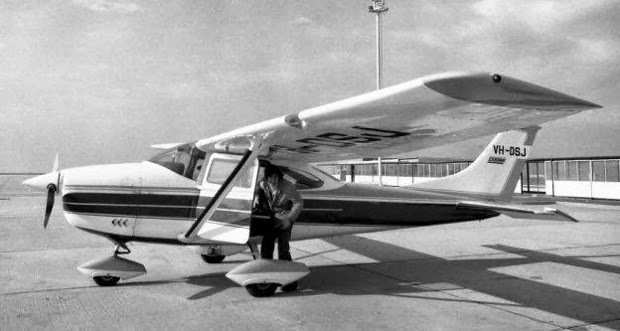 Frederick Valentich was a 20-year-old pilot who on October 21, 1978 disappeared with his light airplane. He was on his scheduled flight from Moorabbin Airport to King Island in Australia. He disappeared leaving no trace of him or his plane over Bass Strait. What intensifies the mystery is what Valentich reported seeing from his plane. Just minutes before going black, Valentich reported Melbourne air traffic control that he was being companioned by another aircraft 1,000 feet above him. He described some strange maneuvers and features of the aircraft. He said that his engine had begun running roughly, and finally reported that the “strange aircraft is hovering on top of me again. It is hovering and it’s not an aircraft.” He and his aircraft were never found. Finally after tedious investigation, Australian Department of Transport concluded that the reason behind his disappearance was inconclusive.