Here is a list of 10 More Badass Prehistoric Animals. 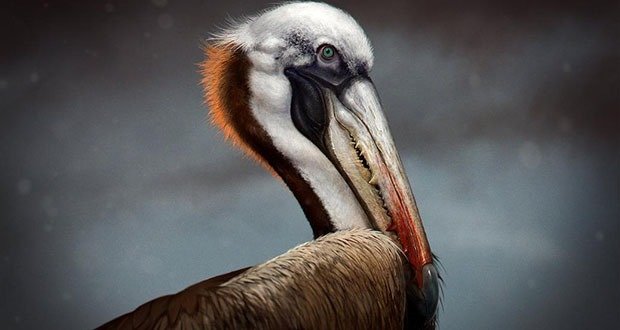 Related to today’s geese and swans, this bird used to be the largest flying animal in the world. With a 7.4 meter (24 feet) long wingspan, Pelagornis would have rivaled the pterosaurs that came before it 42 million years ago. It also had pseudoteeth, which were basically teeth lining its beak. 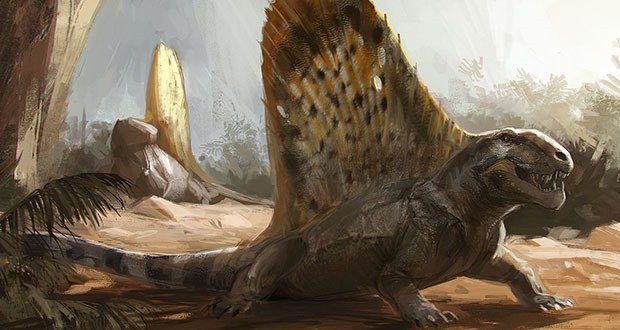 Dimetrodon (meaning “two measures of teeth”) is an extinctt genus of synapsid that lived around 295–272 million years ago. There was a time when Dimetrodon was the largest carnivore on land, with some species growing up to 4.6 meters (15 ft). Sometimes mistaken for a dinosaur, Dimetrodon is more closely related to mammals, rather than reptiles. Plus, it lived 40 million years before the first dinosaur even walked the earth. 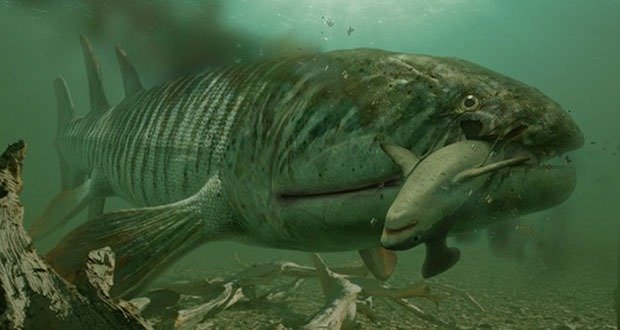 Hyneria was a prehistoric predatory lobe-finned fish that lived during the Devonian period around 360 million years ago. This shark eating fish swam in the waters of the Northeastern United States. At 2.5 meters in length (8.2 ft), it was one of the biggest predators in freshwater areas at the time. Its skull had heavy, ornamented dermal bones and its lower jaw was relatively long and shallow, the teeth were stout with those of the premaxilla forming fangs. 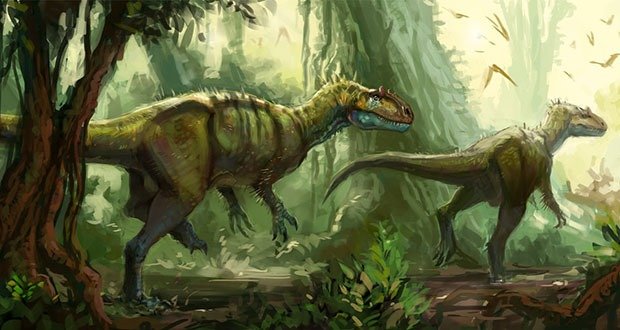 Allosaurus is a genus of large theropod dinosaur that lived 155 to 150 million years ago during the late Jurassic period. The name “Allosaurus” means “different lizard.” Allosaurus was a large bipedal predator. Its skull was large and equipped with dozens of large, sharp teeth. It averaged 8.5 m (28 ft) in length, though fragmentary remains suggest it could have reached over 12 m (39 ft). As the most abundant large predator, Allosaurus was at the top of the food chain, probably preying on contemporaneous large herbivorous dinosaurs and perhaps even other predators. 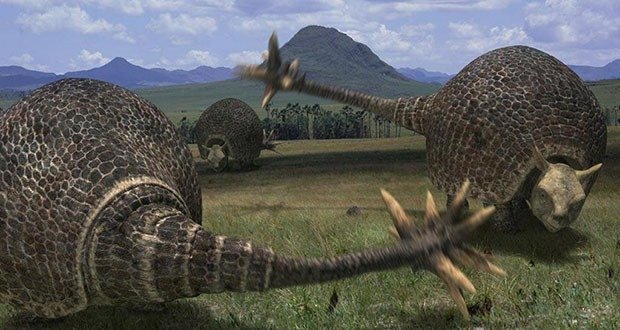 This giant prehistoric 4 meter long (13 ft) cousin of the armadillo only lived 78,000 years ago. With a height of 1.5 meters (5 ft) and an overall length of around 4 meters, Doedicurus could reach a mass of 1,910 to 2,370 kg. Its tail was surrounded by a flexible sheath of bone and had long spikes or knobs on the end, at least in male individuals. Its tail club was probably used in intraspecific conflict rather than defense against predators. Its name means “pestle tail”, referring to how, if the spikes were removed, it would resemble a pestle. 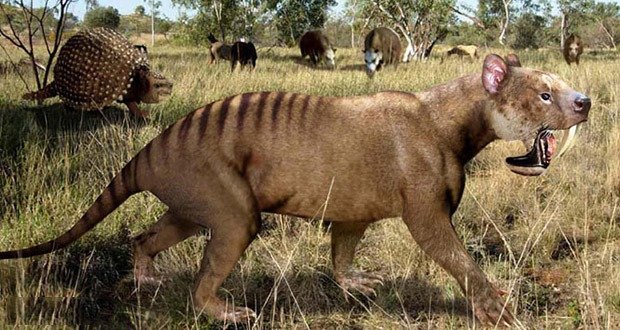 Thylacosmilus isn’t really a cat. Thylacosmilus looks a lot like a sabre toothed cat, with those massive canines and an overall cat like look. But it’s actually a marsupial, kinda like a kangaroo. Its jaws were actually pretty weak, so it relied on its massive teeth to get the job done. 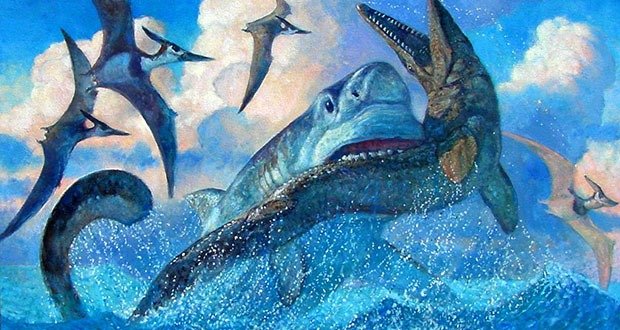 Cretoxyrhina mantelli was a large shark that lived about 100 to 82 million years ago, during the mid-Cretaceous period. It is nicknamed the Ginsu shark in reference to the Ginsu knife, since it fed by slicing into its victims with its knife-sharp teeth. In the Cretaceous period, North America was split into three islands. One on the east, one on the west, and one up north. Within that inland sea lived Cretoxyrhina. The Ginsu shark had 34 teeth in its upper jaw and 36 teeth in lower jaw, in each row. 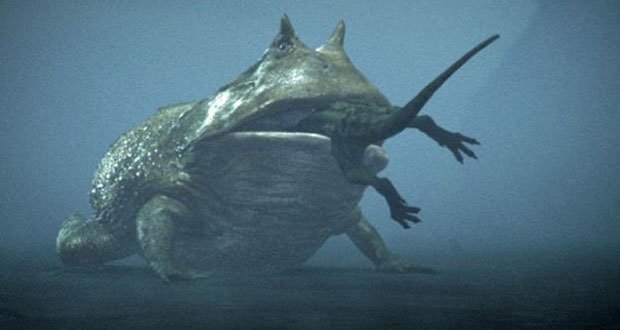 Beelzebufo was a particularly large species of prehistoric frog first identified in 2007. Common names assigned by the popular media include devil frog, devil toad and the frog from hell. Fossils of Beelzebufo have been recovered from Madagascar, dating to the late Cretaceous period, some 70 million years ago. The species may have grown to over 40 cm (16 in) and 4 kg (9 lb), larger than any living frogs, including the largest known species, the goliath frog, which can be up to 32 cm (13 in). Beelzebufo was most likely a predator whose expansive mouth allowed it to eat relatively large prey, perhaps even juvenile dinosaurs. 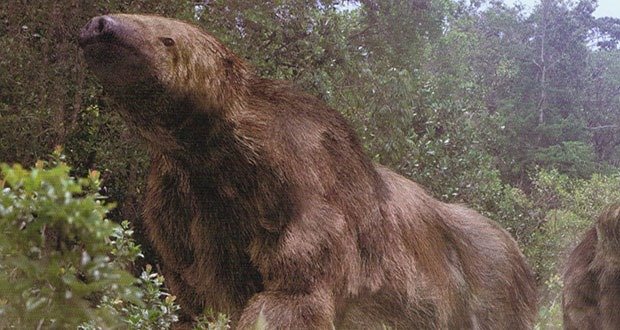 Megatherium (great beast) was a genus of elephant-sized ground sloths endemic to South America. Its size was exceeded by only a few other land mammals, including mammoths and Paraceratherium. As big as today’s elephants, Megatherium was 6 meters in length (20 ft) and would have weighed more than 4 tons. Although vegetarian, some people do believe that Megatherium would have scavenged off of carrion killed by more agile hunters like Smilodon (the famous sabre toothed cat) and Phorosracos (Chocobos for those who play Final Fantasy). In the South America, the giant ground sloth flourished until about 10,500 years ago. Most cite the appearance of an expanding population of human hunters as the cause of its extinction. 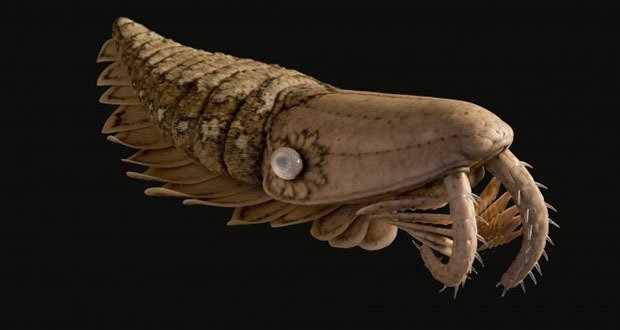 Anomalocaris (“abnormal shrimp”) is an extinct genus of anomalocaridid, a family of animals thought to be closely related to ancestral arthropods. Anomalocardids can be credited as some of the first ever super-predators because they had something that other animals during their time never had: complex eyes. You might think that their eyes aren’t that good, but back in the Cambrian age some 541 million years ago it was revolutionary. These animals weren’t small either. The largest species grew up to 2 meters in length (6 ft).

10 Events that Almost Ended the World