Here are 10 Most Expensive Items in the World. This is part 1 of the 5 part series. So stay tuned. 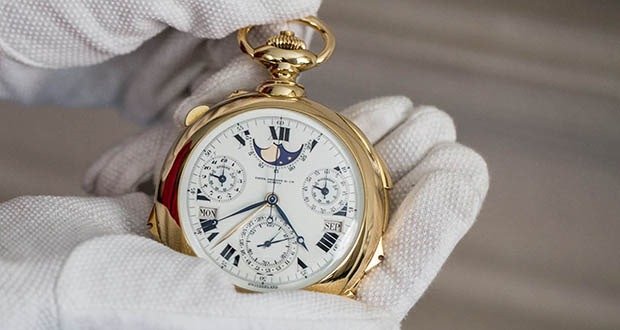 One of the most complicated watches ever created, and by far the most complex design conceived without computer assistance, this 18 karat gold pocket watch was born out of a competition between American banker Henry Graves and James Ward Packard, founder of the Packard Motor Car Company, to obtain the most complex personal timepiece. It took three years to design the watch, and another five years to manufacture it, before being delivered to Graves in 1933. 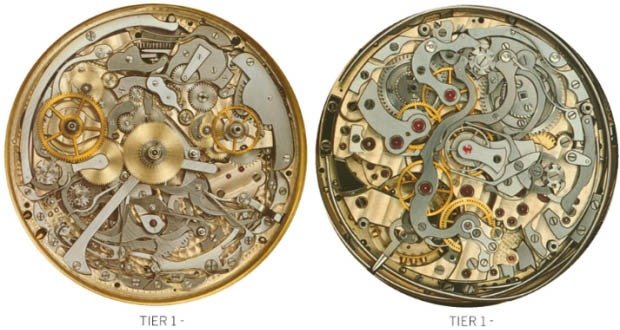 The Supercomplication had long been the world’s most complicated timepiece ever assembled with a total of 24 different functions, including Westminster chimes, a perpetual calendar, sunrise and sunset times, and a celestial map of New York as seen from the Graves’s apartment on New York’s Fifth Avenue, and contains 920 individual parts. That record was not bested until 1989 when Patek Philippe again released yet another, even more complicated pocket timepiece known as the Patek Philippe Calibre 89. The watch was sold in a 2014 auction by Sotheby’s on behalf of a member of the Qatari royal family to an anonymous bidder. 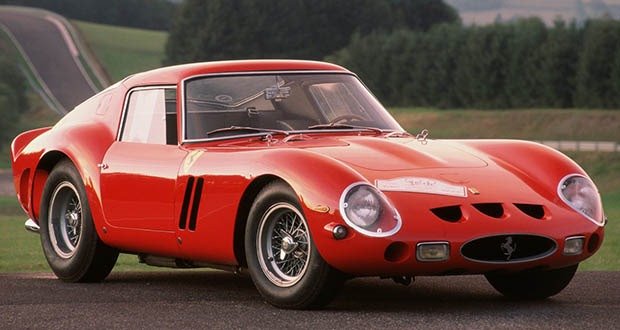 Considered the dominant race cars of the mid-1960’s, just 36 examples of the Ferrari GTO rolled out of the factory (39 if you include those with slight variations) in the production run between 1962 and 1964. While rumors fly regarding unconfirmed private sales reaching upwards of $50,000,000 (several reputable sources detail the 2013 sale for a GTO at approximately $52,000,000, but as it was a private sale, neither the buyer nor the seller “officially” announced the transaction), the highest verified price on record is for this car, the second place finisher in the 1962 Tour de France Automobile and, somewhat less desirably, the only GTO to be involved in a fatal crash (Henri Oreiller, Montlhery, 1962). 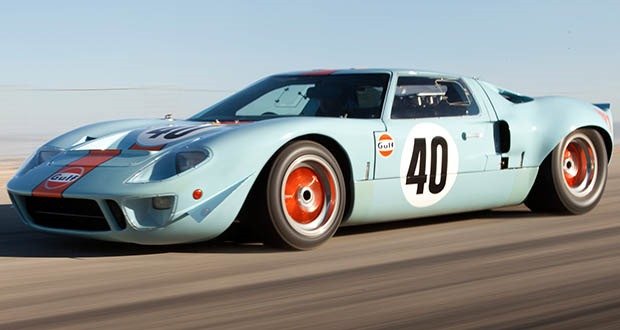 One of just 107 examples, the Ford GT40 is considered America’s most successful foray into European racing (though several of the models were assembled in England, the engines were American-made), emerging out of a grudge match between Henry Ford II and Enzo Ferrari following a failed acquisition of Ferrari by Ford. The GT40 would displace European powerhouses at the 24 Hours of Le Mans for four years, from 1966 to 1969 and become the only vehicle to win Le Mans multiple times using the same chassis, until Porsche would at last overcome the American obstacle. This particular example benefitted from its role as the camera car in Steve McQueen’s 1971 film “Le Mans” and had a substantial racing history, all of which contributed greatly to its final price. 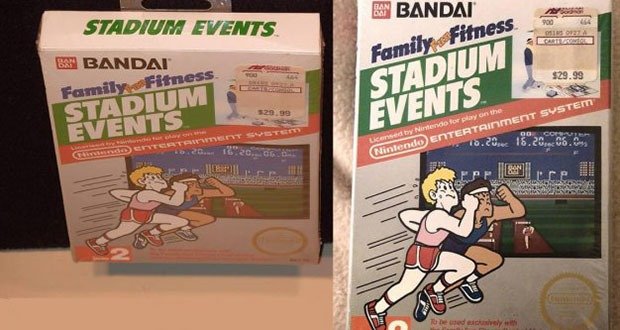 Considered the rarest title sold in stores for the Nintendo Entertainment System (at least in the United States), “Stadium Events” was recalled due to a rebranding modification after an estimated 200 copies were sold, and featured track-and-field style gameplay. Today, only three are known in their original, factory-sealed condition. A 2010 eBay auction yielded a top bid of $41,300 for an example owned by a Kansas man who never purchased the Power Pad required to play the game, but the high bidder never paid; the record setting example seen here was owned by a former 22-year employee of Nintendo who sold the game on eBay in January 2015 for the unmatched price. 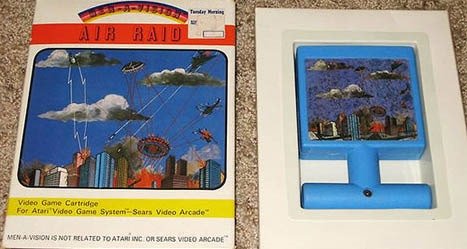 Close behind is “Air Raid”, considered one of the rarest Atari 2600 titles, in which the player shoots down flying saucers, which brought $33,400 in a 2012 auction by GameGavel. Potential contenders for the title include one of the two known copies of “Birthday Mania” (in which you blow out birthday candles. Exciting. Really, just riveting) or the unique “Gamma Attack”, considered the rarest video game in the world, which was previously listed on eBay for $500,000, but went unsold. 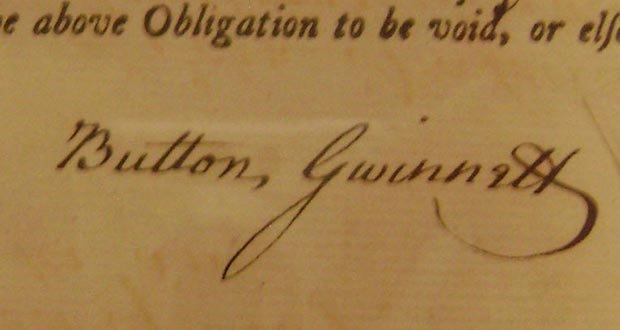 While documents signed by famous political figures have gone for more, such as George Washington’s signed copy of the Declaration of Independence and the Bill of Rights, complete with annotations, the most inherent value in a lone signature belongs to the little-known Georgia politician Button Gwinnett. Born in England, Gwinnett would become one of the three signers of the Declaration of Independence from Georgia by the age of 45, and serve briefly as the President of Georgia (though the duties performed were more closely related to those of a governor), dying just 10 months after the signing of the Declaration of Independence in a duel with his political rival Lachlan McIntosh. The combination of his short lifespan and relatively short political career have led to a severe shortage of Gwinnett signatures; there are only 51 known, and just ten in private hands. Despite spending just 15 years of his life in America, his signature is now the key to assembling a complete collection of the 56 signers of the Declaration of Independence; regardless of the presence of names such as George Washington and Benjamin Franklin on the list of needed names, a collector would spend more on a Gwinnett signature than they would on the remaining 55 politicians combined. 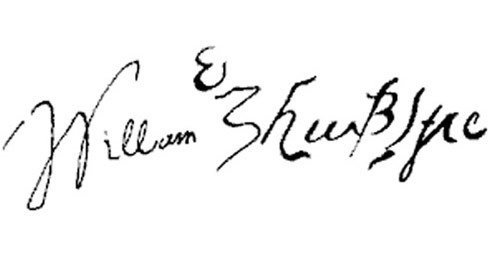 The signature with the highest value (though one has never been sold) is likely that of William Shakespeare, of which only six examples exist today, all on legal documents held by English archives. If one were to come to market, it is estimated that it would bring in excess of $5,000,000. 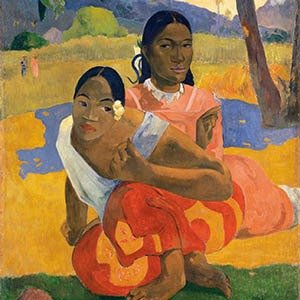 Part of an extremely valuable collection assembled by the grandfather of retired Sotheby’s executive Rudolf Staechlin, this piece was painted by famed French Impressionist Gauguin in 1892 during his first visit to Tahiti, aged 43-44, where he travelled to escape “everything that is artificial and conventional” in Europe. Nafea Faa Ipoipo, which roughly translates to “When Will You Marry?”, depicts two young women in bright colors before a landscape, one in native dress, the other in a colonial, missionary style dress – symbolizing European convention and Polynesian custom. Having hung in Basel’s Kunstmuseum for a period of 60 years, the piece was withdrawn following a falling-out between the institution and the owner. 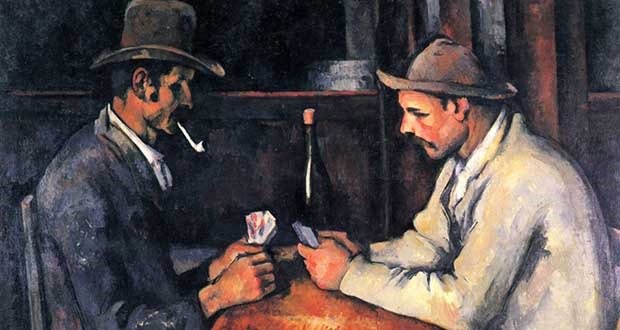 It was purchased in a private sale in 2015 by an anonymous buyer, but the purchaser is strongly thought to be the state-financed Qatar Museums, who previously set the same record in their 2011 purchase of Paul Cezanne’s “The Card Players” for $259,000,000. 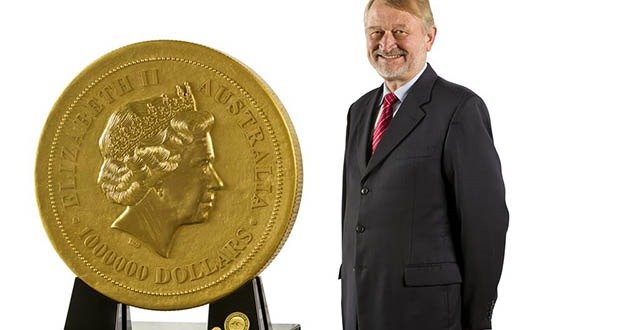 With a legal tender value of $1,000,000 (AUS), the 2011 One Ton Gold Kangaroo follows in the tradition of Australia’s gold bullion series, which features a kangaroo on one side and the portrait of Queen Elizabeth II on the opposite. The only difference is that most of the “Kangaroos” have a weight of one ounce when made, while this one weighs more than a metric ton, tipping the scale at 1012 kilograms (over 2230 pounds) of 99.99% pure gold. While it has never been sold, being retained by the Australian Mint, spot gold price still grants it recognition as the most valuable coin in the world. 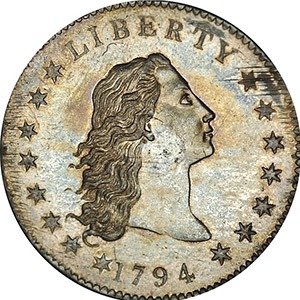 The first metal dollar struck by the U.S. Mint, the 1794 Silver Dollar is considered among the rarest U.S. coins, and was sold for $10,016,875 (US) at Stack’s Bowers Galleries in 2013. The sky-high price has catapulted the 1794 Silver Dollar to the leader of the pack over the 1933 Double Eagle ($20 gold piece, of which only one is currently legal for sale, with another ten in legal disputes, as they were all technically stolen from the Mint) at $7,590,020, and the 1787 Brasher Doubloon, a gold coin minted privately by the firm of Blanchard and Co., at $7,400,000. Graded “Specimen-66” out of a 70-point scale by the Professional Coin Grading Service, by far the finest known, and being one of between 120 and 130 pieces remaining in existence, this coin represents the pinnacle of achievement to American coin collectors. 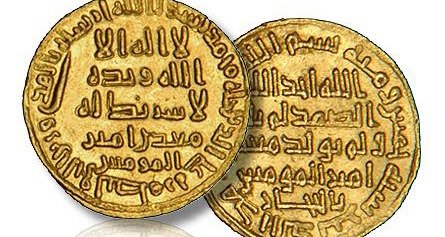 The only non-United States coin in the top ten most valuable (besides the one-tonne Kangaroo) is the Umayyad dinar, dated A.H. 105 (an Islamic dating system, standing for “After Hijra”, meaning after the migration of Muhammad from Makkah to Madina in 620 A.D.). One of the earliest Islamic gold coins, this example is composed of gold from the mine of the caliph, considered the political and spiritual successor to Muhammad, and is thought to possibly have been minted during the caliph’s pilgrimage to Mecca. The coin was purchased in 2011 at a Morten & Eden auction by an anonymous buyer, purported to be a major European collector, and has not been exhibited in public since its purchase. 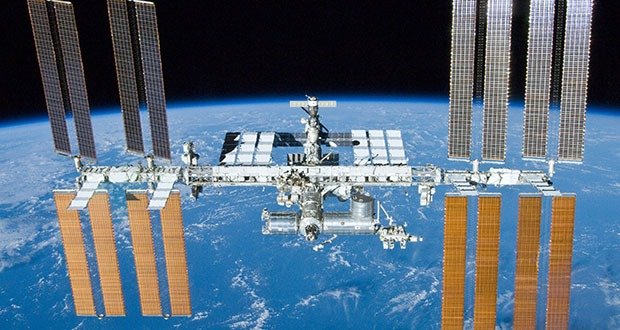 Conceived in 1985 and designed over the next decade, the ISS was eventually recognized as an international initiative following the fall of the Soviet Union, during which time U.S. President Bill Clinton oversaw an agreement with principal partners Russia, Japan, and Canada to fund the project. To date, the United States government has spent approximately $100 billion on the project, with the partner nations contributing the additional funds. Current cost of maintenance is $3 billion per year.

Point Nemo: The point in the ocean farthest from land

25 Insider Secrets Spilled by our Readers