Here is a list of 10 most useful plants that can be found in the wild. 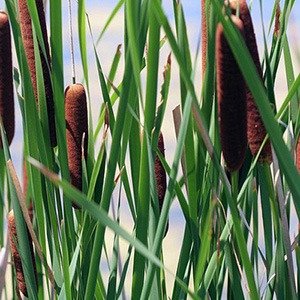 These tall grasses can be found throughout the world and are some of the most useful plants in the wild. In fact, some people even refer to the cattail as the “Wal-Mart of the swamp.”

In the early spring, the plant’s roots can be eaten, and in the late spring and early summer, foragers can peel back the plant’s leaves to reveal the flower spikes, which can be eaten raw or cooked and have a taste similar to corn. Cattail pollen can also be collected from the seed head and substituted for flour. 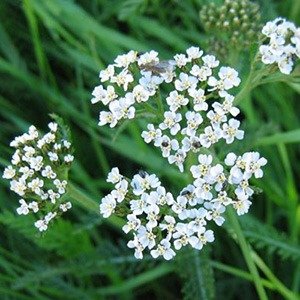 This flowering herb grows throughout North America and is typically found in fields and meadows. The plant grows 1 to 3 feet tall and has white, umbrella-like clusters of flowers at the top of its stalks. Yarrow’s leaves can be applied to bleeding wounds to stimulate clotting, and drinking a tea from its flowers can be a remedy for a variety of ailments including colds, flu, headaches, diarrhea and stomach ulcers. 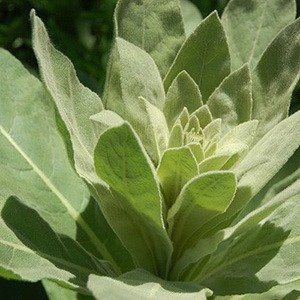 Mullein grows in every U.S. state and can often be found along roadsides and in fields and meadows. This plant can grow more than 6 feet high, and it’s recognizable by its large, hairy leaves and stalk of yellow flowers. The entire plant is covered in fine, downy hairs, and mullein’s big, soft leaves are a good substitute for toilet paper. In fact, it’s often called “cowboy toilet paper.” Tea made from mullein leaves can be used to treat coughs, sore throats and bronchitis, and a few drops of oil from the plant’s flowers can be used to relieve pain from earaches. 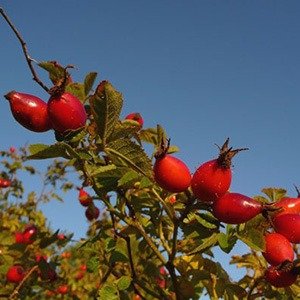 The fruits of the rose plant are typically reddish orange and form in the spring and ripen by late summer or early fall. Rose hips can be found growing on various species of wild roses throughout the U.S. and will cling to the plant throughout winter. These fruits are an excellent source of vitamins C, A and E, and wild rose hips can be eaten or made into a tea to treat colds and sore throats. Rose hips also have anti-inflammatory and antioxidant effects and are useful in treating rheumatoid arthritis. 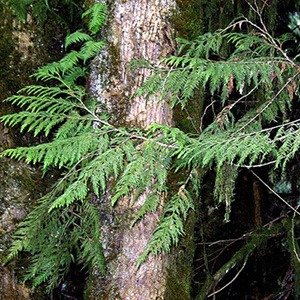 Cedars are evergreen trees that can reach heights of 50 feet, and their foliage is needle-shaped. Unlike the long needles of pine trees, cedar foliage is short, soft and resembles ferns. The bark of the tree is thin and brownish red in color, and it can easily be peeled off in thin strips. Cedar has natural anti-fungal properties, and a tea made from its leaves can be used to soak feet afflicted with athlete’s foot or nail fungus. Cedar chips can also be used to repel moths, ants and other insects. 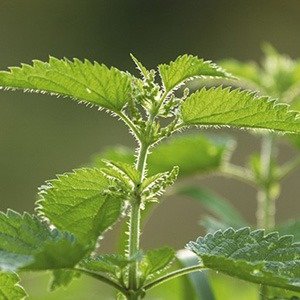 Various species of nettle grow throughout North America, and they all offer a wealth of medicinal benefits. Look for weeds growing 12 to 50 inches tall that are covered in hairs and have small green clusters of flowers. Collect these plants with care because of their stinging hairs, and boil the stems, leaves and roots to make a tea. Nettle tea can be used to treat congestion, stomach aches and diarrhea, and a decoration of nettle leaves can be used to clean infected wounds. 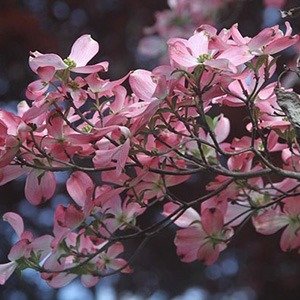 Dogwoods are flowering deciduous trees that can be identified by their “scaly” bark, pink or white flowers, and opposite leaves. A tea made from the bark and leaves of the tree can reduce fever and chills, and the tree’s branches can also be used as makeshift toothbrushes. Native Americans would chew on dogwood twigs to clean and whiten their teeth, and you can do the same if you’re in need of some dental care in the wild. Simply cut a fresh dogwood twig about an eighth of an inch wide and four inches long, and then peel the bark back on one end. As you gnaw on the twig, the end will soften and its fibers will separate, creating a brush that can clean between teeth and massage your gums. 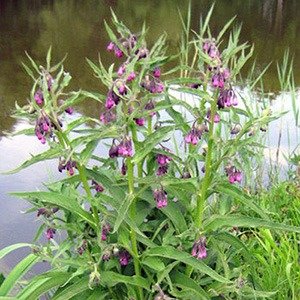 Found in North-east North America along streams, lakes and other bodies of water, wild comfrey is a coarse, hairy plant with pointed leaves and white or purple bell-shaped flowers. A tea made from the plant’s leaves can be applied to stings, insect bites, burns and wounds to relieve pain and fight inflammation, BUT DO NOT DRINK THE TEA because it may be carcinogenic. 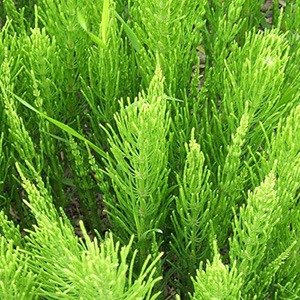 Horesetail inhabits areas close to rivers and streams throughout North America and can grow up to a foot tall. Look for bright green leafless, tubular stems that grow to a point, and collect the entire plant. Chop and boil the plant and apply the decoction to wounds to decrease bleeding and speed healing. You can also drink horsetail tea to ease stomach aches and treat kidney problems, and the plant can even be used as a natural toothbrush in a pinch. 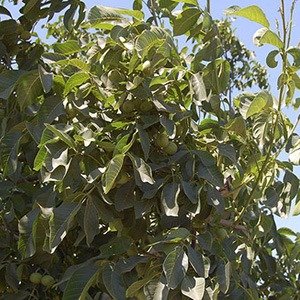 Several species of walnut tree are found in America, but they do much more than just provide a healthy snack. These deciduous trees can reach heights of 100 feet and have compound leaves and nuts that grow in singles or pairs. Walnut leaves can be brewed to make a tea that treats constipation and diarrhea, and the bark can be chewed to ease toothaches; however, pregnant women shouldn’t ingest decoctions made from walnut trees.