Today’s article is on many of the Nazi camps operating during WWII. There are graphic descriptions but the pictures are all of the memorials erected to honor those who lost their lives. I know it’s a depressing subject, but please read through the whole thing, because as Elie Wiesel, an Auschwitz and Buchenwald survivor, once said: “To forget a Holocaust is to kill twice.” 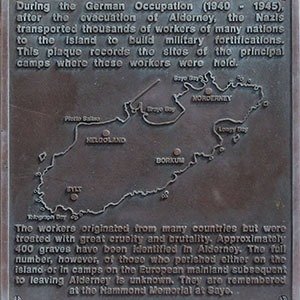 The Alderney concentration camps were located on the Channel Islands, the only part of the British Isles occupied by Nazi Germany during WWII. They were designed as labor camps, holding 6,000 prisoners at its peak, which explains the low death rate. (Around 700 people lost their lives in the four camps.) The camp was abandoned by the Germans in June 1944 and all the prisoners were transferred to other camps in Germany. (Quote: “We who lived in concentration camps can remember the men who walked through the huts comforting others, giving away their last piece of bread.” – Viktor E. Frankl) 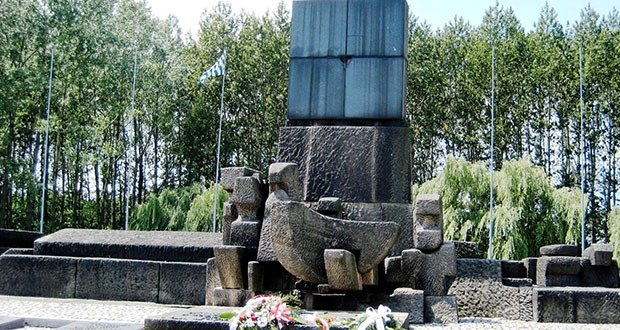 Probably the most infamous of the all the camps were the Auschwitz collection of camps located in southern Poland. In total, there were 48, including satellite camps. The worst of them was the Auschwitz-Birkenau extermination camp, where 1.3 million people lost their lives, with 90% of them being of Jewish descent. It was also the home of Josef Mengele, the ‘Angel of Death’, who routinely experimented on the prisoners. On January 27, 1945, the camp was liberated by Soviet troops and 7,500 people were saved. (Quote: “Dachau was ever so much nicer than Auschwitz.” – William Styron, author of Sophie’s Choice) 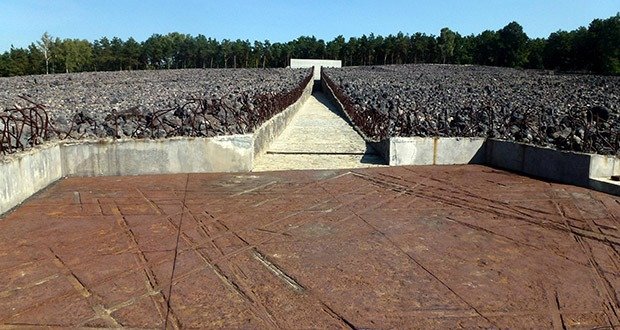 The Belzec extermination camp was located in southeast Poland and was the first of its kind built by the Germans during WWII. Around 600,000 people died in the camp, with nearly all of them being Jews. The two commanders of the camp were specifically chosen because they had been involved with Action T4, the German plan to euthanize those deemed to be ‘incurably sick’. Nearly every person who was sent there died; only two Jews are known to have survived. The camp was closed by the Germans in June 1943 and it was not widely known until the 1950s. (Quote: “See for yourself the weight of that gold! It’s only from yesterday and the day before. You can’t imagine what we find every day—dollars, diamonds, gold. You’ll see for yourself!” – SS Capt. Christian Wirth to SS Lt. Kurt Gerstein, talking about items removed from corpses) 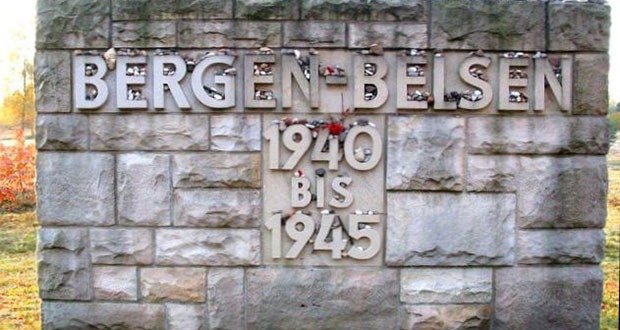 The Bergen-Belsen concentration camp was located in northwest Germany. It was originally designed as a POW camp but became a concentration camp in 1943. There were no gas chambers, as it was not designed to be an execution camp; nevertheless, nearly 50,000 people lost their lives, mostly to starvation and disease. On April 15, 1945, British and Canadian troops liberated the camp. (Quote: “…Here over an acre of ground lay dead and dying people. You could not see which was which… This day at Belsen was the most horrible of my life.” – BBC journalist Richard Dimbleby) 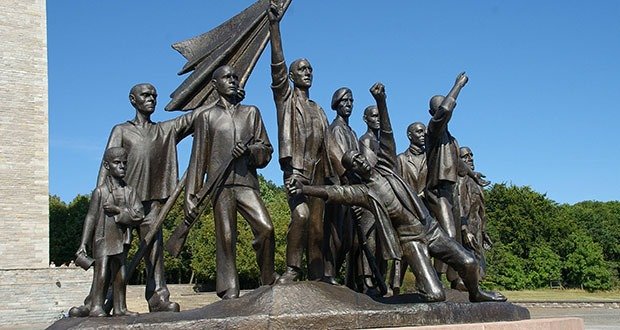 The Buchenwald concentration camp was among the first camps built on German soil and it was located in eastern Germany. The prisoners in Buchenwald were mostly forced laborers but, out of the 240,000 people interred at the camp, nearly 57,000 perished, mostly due to starvation and disease. It was also the site of Ilse Koch, the infamous ‘b***h of Buchenwald’, one of many extremely sadistic guards located there. It was liberated on April 11, 1945 by U.S. soldiers. (Quote: “As we got close to the camp and saw what was inside… a terrible, terrible fear and horror entered our hearts.” – Canadian airman Ed Carter-Edward) 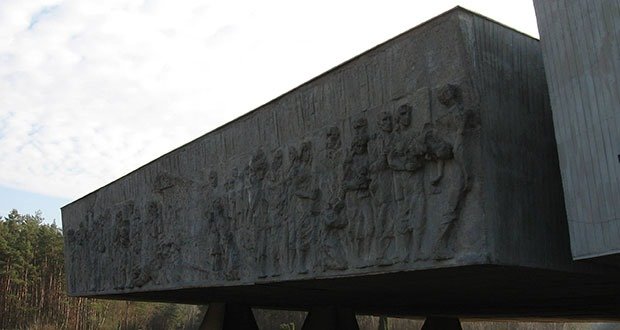 The Chelmno extermination camp, located in central Poland, began operation in December 1941. It was designed to operate as a place for Hitler’s Final Solution, as nearly all of the prisoners were Jews. It was also an early site for experimentation on methods with which to kill people and most of the prisoners were killed by gas vans. Only four Jews are known to have survived the camp and between 150,000 and 340,000 perished there. On January 20, 1945, it was liberated by Soviet troops. (Quote: “I never did anything, great or small, without obtaining in advance express instructions from Adolf Hitler or any of my superiors.” – Adolf Eichmann) 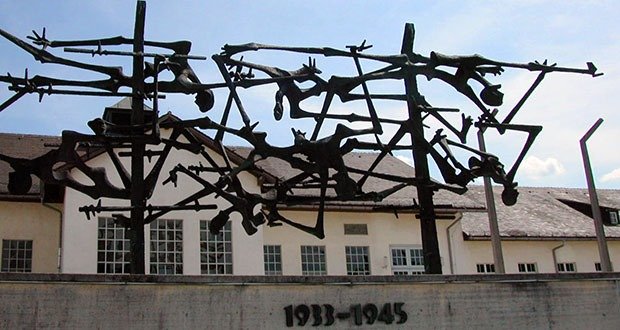 Maybe just as infamous as Auschwitz was the Dachau concentration camp, which was the first of its kind and was located in southern Germany. It was actually opened in 1933, serving as a prison for political prisoners. Later, it became a forced labor camp, then a concentration camp. Of the 200,000 people imprisoned there, nearly 32,000 perished. After the camp was liberated by U.S. soldiers on April 29, 1945, nearly all of the remaining 500 German guards were killed as revenge for the atrocities committed there. (Quote: “There our troops found sights, sounds, and stenches horrible beyond belief, cruelties so enormous as to be incomprehensible to the normal mind.” – U.S. Colonel William W. Quinn) 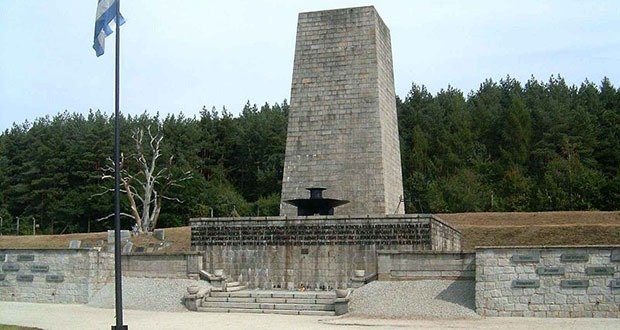 Beginning as a satellite camp of Sachsenhausen, the Gross-Rosen concentration camp was located in southwestern Poland and became an independent camp on May 1, 1941. It was infamous for its brutal treatment of political prisoners, especially Soviet POW’s. In total, 125,000 people were interred in Gross-Rosen, with at least 40,000 of them dying, mostly from starvation and disease. A subcamp of Gross-Rosen was also there where the Jews Oskar Schindler saved were kept. It was liberated by the Soviet army on February 14, 1945. (Quote: “If you saw a dog going to be crushed under a car, wouldn’t you help him?” – Oskar Schindler) 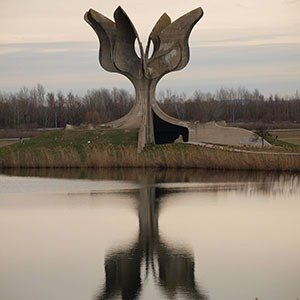 The Jasenovac concentration camp opened in August 1941 and was located in southern Croatia. The detail which separated this camp from all others was that this was the only one not run by Germans; instead, it was ran by the Ustaše regime which ruled Croatia at the time. Around 100,000 people, mostly ethnic Serbs, were killed at “the Balkan Auschwitz”, which was infamous for its brutality. On April 22, 1945, the prisoners rebelled, with most of them dying, and the camp was razed and abandoned. (Quote: “The Jasenovac camp was the lowest level to which mankind can fall….the most horrible place of torture in the history of man….hell on earth. It was the work of hatred, the work of evil, and the work of the devil himself.” – Unknown survivor) 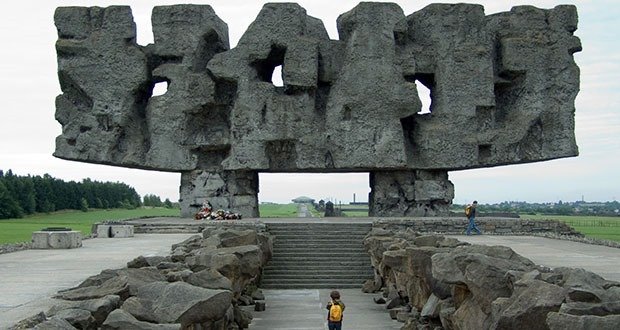 The Majdanek concentration camp was located in Eastern Poland and began operating on October 1, 1941. It was originally designated as a forced labor camp but later became a concentration camp. In 1942, it was refurbished as an extermination camp because the Jewish population in southeastern Poland was deemed to be too large. In total, more than 300,000 people were prisoners at one time or another and 78,000 of them died there, mostly those of Jewish descent. It was liberated on July 22, 1944 by Soviet troops and is the most intact of all the German camps because the SS failed to destroy most of the evidence, like they did virtually everywhere else. (Quote: “Most of the prisoners looked like walking skeletons covered with skin…” – Tomasek, Czech prisoner of Majdanek)