Here are 10 Best news stories from 2014 you would have refused to believe one year ago.

1. Biggest cause of tension between NK and USA would be due to a Seth Rogen film 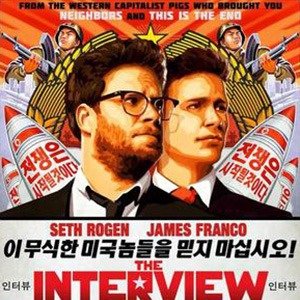 The controversy came from the fact that in the movie the characters of Seth Rogen and James Franco are attempting to assassinate Jong-Un. In June 2014, the NK government threatened “merciless” action against USA if the film’s distributor, Columbia Pictures, went ahead with the release. Columbia delayed the release from October 10 to December 25, and reportedly edited the film to make it more acceptable to North Korea. In November, the computer systems of parent company Sony Pictures Entertainment were hacked by the “Guardians of Peace”, a group the FBI believes has ties to North Korea. After leaking several other then-upcoming Sony films and other sensitive internal information, the group demanded that Sony pull The Interview, which it referred to as “the movie of terrorism.” On December 16, 2014, the Guardians of Peace threatened terrorist attacks against cinemas that played The Interview.

On December 17, after a number of major North American cinema chains canceled screenings in the interest of safety, Sony canceled the theatrical release of The Interview, drawing criticism from the media, Hollywood figures and U. S. President Barack Obama. After initially stating that it had no plans to release the film, Sony made The Interview available for online rental and purchase on December 24, and via a limited release at selected cinemas on December 25. It has earned $15 million online, making it Sony’s most successful online movie. It received mixed reviews. 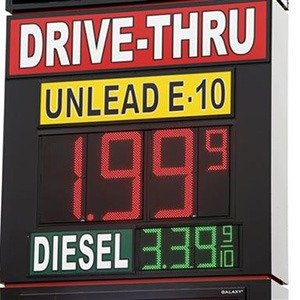 OPEC (Organization of the Petroleum Exporting Countries in Middle East) is keeping oil production artificially higher than they normally would to stifle competition in Russia and the US. The greater supply drives costs down for consumers. The US and Canada are exploiting their new sources of oil more than ever. Europe is using less and investing in other means of energy. China is using less gas than expected. OPEC normally has a stranglehold on this sort of thing. While OPEC is no longer the majority producer of Oil as a whole, they still control 43% of the market, and therefore anything they do has a major effect.

They are trying to break the back of shale oil producers, and make it untenable for them to produce. They are also trying to destabilize the Iranian economy (their biggest competitor for overall power and influence in the Middle East). It is believed that they are working at the behest of the US government to help stick it to the Russians in exchange for continued military aide. While the sanctions against Russia have been effective, it is only with the slump in Oil prices that it has turned the economy critical. The Saudis have over $700 billion in cash to burn while they run a deficit. So they can take the pain for a while.

3. That we could lose an entire commercial airliner 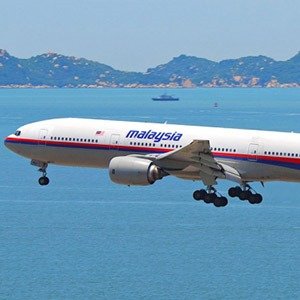 Malaysia Airlines Flight 370 was a international passenger flight that disappeared on 8 March 2014, while flying from Kuala Lumpur International Airport, Malaysia to Beijing Capital International Airport, China. Malaysian military radar tracked Flight 370 as it deviated from its planned flight path and left the range of military radar while over the Andaman Sea. Neither the crew nor the aircraft’s communication systems relayed a distress signal, indications of bad weather, or technical problems before the aircraft vanished. The aircraft was carrying 239 people.

Despite being the largest and most expensive search in aviation history in recent times, there has been no confirmation of any flight debris, resulting in speculation about its disappearance. On 24 March, the Malaysian government, noting that the final location determined by the satellite communication was far from any possible landing sites, concluded that “flight MH370 ended in the southern Indian Ocean.”

At the time of its disappearance, and if the presumed loss of all lives aboard is confirmed, Flight 370 was the deadliest aviation incident in the history of Malaysia Airlines and the deadliest involving a Boeing 777. Flight 370 was surpassed in both regards just 131 days later by the unrelated crash of another Malaysia Airlines Boeing 777 that was shot down over Ukraine on 17 July 2014, killing all 298 people aboard.

4. Millions of dollars raised for a disease by people filming themselves dumping water on their heads 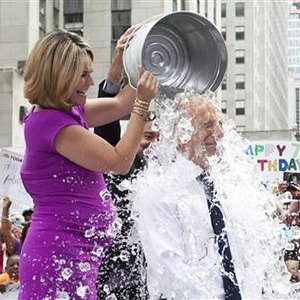 Thousands of Americans posted videos to Facebook challenging folks to donate $100 to the ALS Association or suffer the wrath of having a bucket of ice water dumped on their heads. The ice-bucket drenchings also were meant to promote awareness of ALS, also called Lou Gehrig’s disease. It wasn’t long before an Internet sensation was born, with such famous participants as George W. Bush, Justin Timberlake and Oprah. The phenomenon which brought in $115 million lasted for much of the summer, tapering off in September. 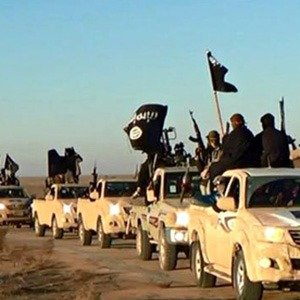 ISIS (Islamic State of Iraq and Syria, or more recently, just IS) is a Sunni militant group that is attempting to establish an Islamic Caliphate in the Levant region.

They are getting a lot of international attention because they ousted the Iraqi military in many key cities (who are mostly the majority Shia religious group) that was established by the United States after the fall of Saddam Hussein. In addition, they are making advances on the Syrian military, which is headed by the dictator Bashar al-Assad (who is supported by the Russian government and to some extent, the Iranian government). As they have gained control of these regions, they have also gained control of the weapons they possessed, including vast arsenals and resources given to the Iraqi military by the USA.

They are also getting a lot of attention because they are committing overt war crimes and broadcasting their beheading of captured soldiers on the internet. They have maintained a more neutral stance on Christians and Jews living in the area, provided that they eventually pay Jizya tax, which is a payment placed on non-Muslims in exchange for living in Muslim lands and not having to participate in its protection (as in not joining the military). This tax is supposed to be 2.5% of one’s income. There are also many sympathizers from foreign countries that have joined because they believe in their cause, including many Muslims who have European citizenship.

It is feared that if they are fanatical they may attempt to gain access and use nuclear weapons on their enemies, the list of which, is vast. 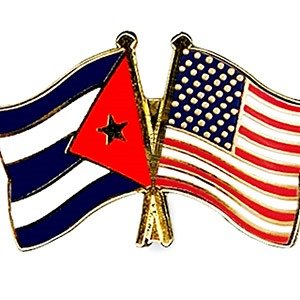 The Pope played a role as a mediator, but he did not initiate the talks between the countries. He is the only head of state that was involved in the talks outside of the U.S. and Cuba.

U.S. President Barack Obama gave authorization for secret negotiations with Cuba starting in June 2013, about 18 months ago. There were nine meetings between diplomatic aides from the U.S. and Cuba, taking place mostly in Canada.

Pope Francis wrote letters to Obama and Cuban President Raul Castro and encouraged a meeting between the countries aides at the Vatican in October. Part of what he advocated was that the countries swap prisoners. Pope Francis has a lot of influence in Cuba because the country is 60% Catholic.

Obama and Castro finalized the deal on Tuesday. Cuba released Alan P. Gross, an American government contractor arrested in 2009 and sentenced to 15 years in a Cuban prison for trying to deliver satellite telephone equipment capable of cloaking connections to the Internet. In return the U.S. released 3 imprisoned Cubans caught in 1998 for spying, although they have always maintained they were spying on Cuban exile groups and not the U.S. Government. These Cuban spies are known as the Cuban Five, and 2 of the 5 had already been released from prison before these events.

7. Russia could annex part of another European country in 2014 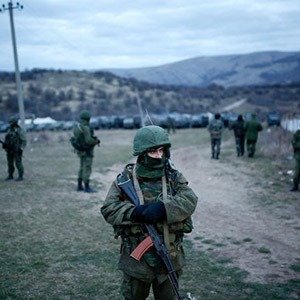 It started with Ukraine’s financial problems. Ukraine was trying to work out a deal with the IMF but Russia offered them a $15 billion bailout. The bailout included subsidies for oil. The majority of people in Ukraine wanted to work with the European Union however Russia’s influence on Ukraine made the Ukrainian government side with Russia as opposed to working out the trade deal with the European Union.

People of Ukraine were extremely upset and protested. The government then made a series of anti-protest laws. Within a matter of days the laws were repealed and eventually the protesters successfully ousted the prime minister. New government started negotiating with the protestors and financial independence from Russia seemed inevitable. This made Putin very angry because this meant that Ukraine would switch their allegiance from Russia to the EU.

Putin wants to create a post-communist Eurasian union which Kazakhstan and Belarus have already agreed to join. Many believe that this union is simply a disguise for combining all the post-communist countries into one huge organization resembling the USSR once again.

Russia moved troops into Crimea claiming that it was once theirs and a large percentage of the population there are still Russian.

8. A cat could hold a family hostage 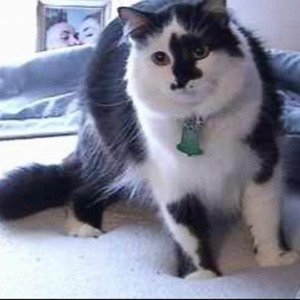 In March 2014, a Portland, couple called 911 for assistance when their 20-pound Himalayan house cat became crazed, started charging at them and their dog, eventually forcing them to lock themselves in a room. The four-year old cat named Lux attacked the family’s 7-month old child. When the boy’s father kicked the cat off his son, the cat became enraged and started charging the family.

The family and their pet dog retreated to a bedroom to protect themselves from the yowling assault cat. The couple tried to call Animal Control, according to WBTV, but got no answer, so they dialed 911 and with a hint of embarrassment in their voice and requested police assistance in capturing their furry foe.

A police dog was enlisted to help capture the cat, who was then placed in a crate. The cat remained behind bars in the custody of the family. – Source

9. Pope would say he would baptize aliens 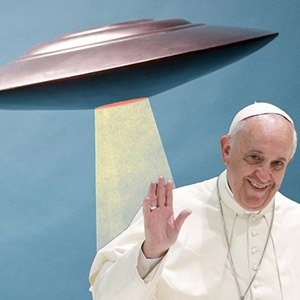 In May 2014, Pope Francis said that he would be willing to baptize aliens if they came to the Vatican, asking “who are we to close doors” to anyone – even Martians.

He did it in response to creationist Ken Ham, who recently debated Bill Nye the Science Guy over the origins of the universe, calling for an end to the search for extraterrestrial life because aliens probably don’t exist and if they do, they’re going to Hell anyway. 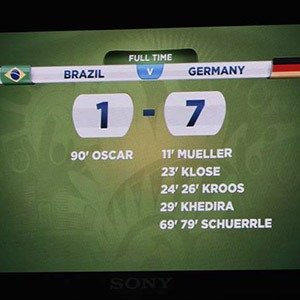 Brazil 1, Germany 7. It was the result for which the 2014 World Cup will be forever remembered but even now, almost six months on, just simply the scoreline retains its capacity to shock. 7-1! Those numbers were relayed on front-pages across the world the following day but none felt more eerie than the cover of the Brazilian newspaper Folha de S.Paulo. The image simply of the scoreboard in Belo Horizonte amid all the surrounding darkness was brilliantly appropriate. The lights went out that night on a dream. As Paul Hayward, writing in these pages, put it: “Brazil spent $11 billion on a national calamity.” In hindsight, it would be easy to look back on that match, compare the respective line-ups, and conclude that we should have seen it coming. Maybe not a six-goal winning margin but surely a comprehensive German victory.