Here is a list of 15 Crazy Experiments that Researchers Have Performed. 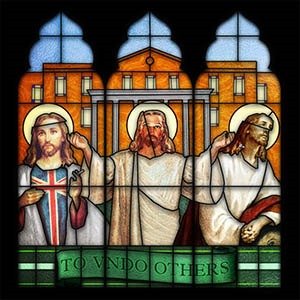 1. In the late 1950s, psychologist Milton Rokeach conducted an experiment called The Three Christs of Ypsilanti. Three schizophrenics who claimed themselves to be Jesus were brought together have their reactions documented. In the end, each came to the conclusion that the other two must have mental issues. – Source

2. In the 1960s, the CIA sponsored a Harvard study where undergraduate student were humiliated and subjected to “brutalizing psychological experiments.” The student who had the worst reaction to the experiment was Ted Kaczynski who later became the Unabomber. – Source

3. Identical twin boys were raised as a brother-sister pair (botched circumcision). The truth came out when the one being raised as a girl insisted he was a boy. The parents admitted that he was the subject of an experiment trying to prove gender identity was nurture, not nature. He later committed suicide. – Source

4. Experimenters in Iowa conducted Broken Toy Experiment, whereby 2 year old kids were given toys that were rigged to break. Those who showed the most guilt went on to have fewer behavioral problems later on. – Source

5. As head of Japan’s Unit 731, Dr. Shiro Ishii was responsible for gruesome experiments performed on prisoners of war during World War 2. US government granted Dr. Ishii immunity from prosecution in exchange for his germ warfare experiments. He continued in his research until 1959. – Source 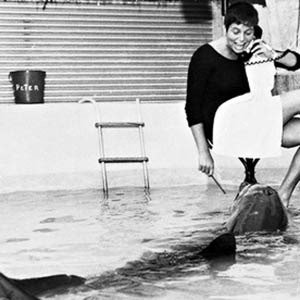 6. The government funded a dolphin-intelligence study conducted by neuroscientist John C. Lilly in 1958. It was an experiment to determine whether or not dolphins could speak. This later escalated to the female researcher giving the dolphin hand jobs and then later taking LSD with the dolphin. – Source

7. As part of an experiment, 12 people faked brief auditory hallucinations to gain admission to psychiatric hospitals. Once in they behaved normally, but 11 were misdiagnosed with schizophrenia. It was only other patients not any doctors or nurses, who realized they were sane. – Source

8. In the 1960’s, US army did an experiment, where two people without nuclear training had to design a nuke with only access to public available documents and they succeeded. – Source

9. In 1953, Ronald Maddison, a 20-year old Royal Air Force engineer died while acting as a guinea pig for sarin gas testing at Porton Down, England. Maddison was offered 15 shillings for the experiment, which he planned on using to buy an engagement ring for his girlfriend. – Source

10. CIA secretly spiked the bread from a bakery in the French village of Pont-Saint-Esprit with enormous quantities of LSD as part of its cold war mind-control experiments. Mass insanity and hallucinations left at least five dead and dozens in asylums. – Source 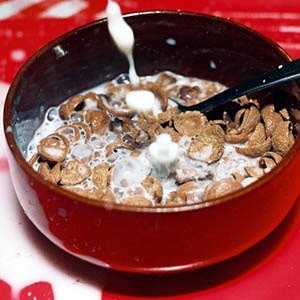 11. Between 1946 and 1953 Quaker Oates and MIT conducted an experiment on unsuspecting mentally retarded children at Walter E. Fernald State School in Massachusetts. They tricked them into eating radioactive cereal by telling them they were in a “science club.” – Source

12. In the 1970s, American psychologist Harry Harlow at the University of Wisconsin-Madison developed an experiment called the “Pit of Despair”, which involved socially isolating young monkeys for up to a year at a time. The monkeys developed psychosis, would cannibalize on their offspring, and also commit suicide. – Source

13. In 1940s, Russians scientists performed experiments on animal organs and tissues and they actually succeeded to bring back to life a severed head of a dog. The dogs’ head even reacted to light, smell and sound and it even tried to bark. – Source

14. In 1946, a 4-year-old Australian boy was flown to San Francisco to receive cancer treatment. Instead, he got caught in a Manhattan Project experiment and was injected with plutonium. He died one year later. – Source

15. Sir Isaac Newton tried to secretly create The Philosopher’s Stone. One of the, apparent, main ingredients was mercury. When his corpse was discovered, it was saturated with mercury. This deadly experiment may have been the result of his death. – Source