Here are 20 Historically Significant Items that have been Lost or Destroyed.

1-5 Historically Significant Items that have been Lost or Destroyed 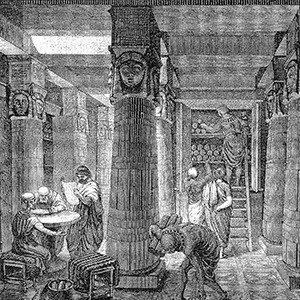 1. Library of Alexandria: Ancient Library of Alexandria, in Alexandria, Egypt, was one of the largest and most significant libraries of the ancient world. With collections of works, lecture halls, meeting rooms, and gardens, the library was part of a larger research institution called the Musaeum of Alexandria, where many of the most famous thinkers of the ancient world studied. It functioned as a major center of scholarship from its construction in the 3rd century BC until the Roman conquest of Egypt in 30 BC. The library is famous for having been burned resulting in the loss of many scrolls and books, and has become a symbol of the destruction of cultural knowledge. – Source

2. Prometheus: One of the oldest trees ever found was cut down to make the process of finding out how old it was easier, only to realize it is the oldest tree ever found. The tree was called Prometheus after the Titan of Greek mythology. – Source

3. Oldest Living Animal: In 2007, researcher dredging the waters north of Iceland as part of routine research found an unfortunate clam, hauled up from waters 250 feet deep. Only after researchers cut through its shell, and counted its growth rings did they realize it was between 405 and 410 years old, beating the previous record by 25 years. Unfortunately, it was dead by then. – Source

4. Parthenon: Parthenon is a former temple on the Athenian Acropolis, Greece, dedicated to the goddess Athena. Its construction completed in 483 B.C. After the Ottoman conquest, it was turned into a mosque in the early 1460s. On 26 September 1687, an Ottoman ammunition dump inside the building was ignited by Venetian bombardment. The resulting explosion severely damaged the Parthenon and its sculptures. In 1806, Thomas Bruce, 7th Earl of Elgin removed some of the surviving sculptures with the alleged permission of the Ottoman Empire. – Source

5. The Golden Spruce: Kiidk’yaas, also known as the Golden Spruce, was a Spruce tree that grew on the banks of the Yakoun River in British Columbia. It had a rare genetic mutation causing its needles to be golden in color. On 22 January 1997, a 48-year-old unemployed forest engineer named Grant Hadwin surreptitiously felled the tree as a political statement against industrial logging companies. He was later arrested but disappeared on his way to trial. – Source

6-10 Historically Significant Items that have been Lost or Destroyed 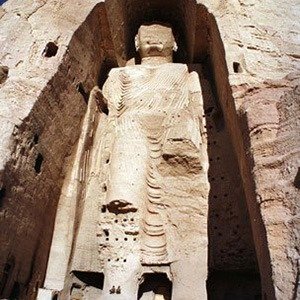 6. Buddhas of Bamiyan: These were two 6th-century monumental statues of standing Buddha carved into the side of a cliff in the Bamyan valley in central Afghanistan. The smaller one was built in 507 AD and the larger one in 554 AD. They were dynamited and destroyed in March 2001 by the Taliban, after the Taliban government declared that they were idols. – Source

7. Mayan Codices: Maya codices are folding books stemming from the pre-Columbian Mayan civilization, written in Maya hieroglyphic script on Mesoamerican bark cloth, made from the inner bark of certain trees. Such codices were primary written records of Maya civilization, together with the many inscriptions on stone monuments and stelae. Most were destroyed by the Conquistadors and catholic priests. Bishop Diego de Landa burnt almost all of them saying: “We found a large number of books in these characters and, as they contained nothing in which were not to be seen as superstition…” – Source

8. Amber Room: The Amber Room in the Catherine Palace of Tsarskoye Selo near Saint Petersburg is a complete chamber decoration of amber panels backed with gold leaf and mirrors. Created in the 18th century, it disappeared during World War II, and was recreated in 2003. Before it was lost, the Amber Room was sometimes dubbed the “Eighth Wonder of the World” due to its singular beauty. It covered more than 55 square meters and contained over six tons of amber. The Amber Room was looted during World War II by Nazi Germany and knowledge of its whereabouts was lost in the chaos at the end of the war. – Source

9. Stari Most: Stari Most was a 16th-century Ottoman bridge in the city of Mostar in Bosnia and Herzegovina that crosses the river Neretva and connects two parts of the city. The Old Bridge stood for 427 years, until it was destroyed on 9 November 1993 by Croat forces during the Croat–Bosniak War. Subsequently, a project was set in motion to reconstruct it, and the rebuilt bridge opened on 23 July 2004. One of the country’s most recognizable landmarks, it is also considered one of the most exemplary pieces of Islamic architecture in the Balkans. – Source

10. Archimedes Codex: Archimedes lived in the 3rd century BC, and a copy of his work was made around 950 AD in the Byzantine Empire by an anonymous scribe. In 1229, the original Archimedes codex was unbound, scraped and washed, along with at least six other parchment manuscripts, including one with works of Hypereides. The parchment leaves were folded in half and reused for a Christian liturgical text of 177 pages; the older leaves folded so that each became two leaves of the liturgical book. However, the erasure was incomplete, and Archimedes’ work is now readable after scientific and scholarly work from 1998 to 2008 using digital processing of images produced by ultraviolet, infrared, visible and raking light, and X-ray. – Source

11-15 Historically Significant Items that have been Lost or Destroyed 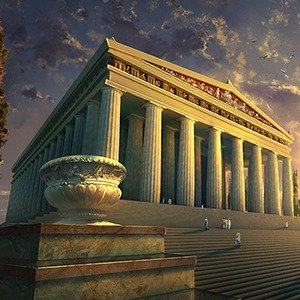 11. Temple of Artemis: This was a Greek temple dedicated to the goddess Artemis and is one of the Seven Wonders of the Ancient World. It was located in Ephesus, Turkey and was completely rebuilt three times before its eventual destruction. In 356 BC, not long after its completion, the temple was destroyed in a vainglorious act of arson by Herostratus, who set fire to the wooden roof-beams, seeking fame at any cost; thus the term herostratic fame. – Source

12. Namdaemun: Namdaemun is one of the Eight Gates in the Fortress Wall of Seoul, South Korea, which surrounded the city. The gate, dating back to the 14th century, is a historic pagoda-style gateway, and is designated as the first National Treasure of South Korea. In 2008, the wooden pagoda atop the gate was severely damaged by arson. It was burned down by a 69-year-old man, who was upset about not being paid in full for land he had sold to developers. – Source

13. Baghdad House of Wisdom: It was a major intellectual center during the Islamic Golden Age. Well-known scholars were brought to share information, ideas, and culture in the House of Wisdom. Based in Baghdad from the 9th to 13th centuries, many scholars including those of Persian or Christian background were part of this research and educational institute. Besides translating books into Arabic and preserving them, scholars associated with the House of Wisdom also made many remarkable original contributions to diverse fields. It was destroyed in the sack of the city following the Mongol Siege of Baghdad in 1258. The books from Baghdad’s libraries were thrown into the Tigris River in such quantities that the river ran black with the ink from the books. – Source

14. Isabella Steward Gardner Heist: Isabella Stewart Gardner Museum is located in the Fenway-Kenmore neighborhood of Boston, Massachusetts. The museum houses an art collection of world importance, including significant examples of European, Asian, and American art, from paintings and sculpture to tapestries and decorative arts. In 1990, thirteen of the museum’s works were stolen; the high-profile crime remains unsolved and the artwork’s location is still unknown. Altogether, the stolen pieces are estimated to be a loss of $500 million, making the robbery the largest private property theft ever. The museum offered a reward of up to $5 million for information leading to the recovery of the stolen artwork, which remains open two decades later. – Source

15. Old Summer Palace: The Old Summer Palace, originally called the Imperial Gardens, was a complex of palaces and gardens in Beijing. It was built in the 18th and early 19th century. It was known for its extensive collection of garden and building architectures and other works of art. It was destroyed by French and British troops during the Opium War. According to one of the soldiers who took part in the destruction: “We went out, and, after pillaging it, burned the whole place, destroying in a vandal-like manner most valuable property which [could] not be replaced for four millions. We got upward of £48 apiece prize money…I have done well. The [local] people are very civil, but I think the grandees hate us, as they must after what we did the Palace. You can scarcely imagine the beauty and magnificence of the places we burnt. It made one’s heart sore to burn them; in fact, these places were so large, and we were so pressed for time, that we could not plunder them carefully. Quantities of gold ornaments were burnt, considered as brass. It was wretchedly demoralizing work for an army.” – Source

16-20 Historically Significant Items that have been Lost or Destroyed 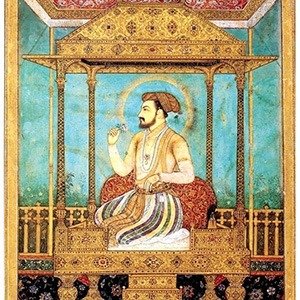 16. Peacock Throne: The Peacock Throne was a famous jeweled throne that was the seat of the Mughal emperors of India. It was commissioned in the early 17th century by Emperor Shah Jahan and was located in the Red Fort of Delhi. The original throne was subsequently captured and taken as a war trophy in 1739 by the Persian king Nader Shah, and has been lost ever since. A 2000 report by The Tribune, estimated the value of the Peacock Throne at $810 million. – Source

17. City of Troy: Heinrich Schliemann is arguably the greatest rouge in archaeological history. Schliemann’s entrance to archaeology was mainly driven by his fixation of Classical heroes. Schliemann’s archaeological techniques were typical of the period. Without care or consideration for the underlying archaeological record he simply bulldozed his way through each layer of the cities he excavated. His destructive methods clearly destroyed much of the Troy that he had set out to so earnestly prove. – Source

18. Normandy Beach Landing Photos: When soldiers of the 16th Regiment of the 1st Infantry Division landed at Omaha Beach on June 6, 1944, photographer Robert Capa, in the employ of LIFE magazine, was among them. While under constant fire, Capa took 106 pictures. After reaching England, he sped by train to London and delivered his precious film for developing. A darkroom technician was almost as anxious to see the invasion images as Capa himself. In his haste, the technician dried the film too quickly. The excess heat melted the emulsion on all but 11 of the frames. These photos are now known as The Magnificent Eleven. – Source

19. Burning of Chinese books and burying of scholars: In 210 BC, First Emperor of the Qin dynasty of ancient China ordered burning of texts and burial alive of 460 Confucian scholars. The event caused the loss of many philosophical treatises of the Hundred Schools of Thought. – Source

20. Nalanda University: Nalanda was a large Buddhist monastery in ancient Magadha (modern-day Bihar), India. It was a centre of learning from the fifth century A.D. to c. 1197 A.D. Historians often characterize Nalanda as a university. At its peak, the school attracted scholars and students from as far away as Tibet, China, Korea, and Central Asia. It was ransacked and destroyed by an army of the Muslim Mamluk Dynasty under Bakhtiyar Khilji in c. 1197 A.D. The Persian historian Minhaj-i-Siraj, in his chronicle the Tabaqat-i-Nasiri, reported that thousands of monks were burned alive and thousands beheaded as Khilji tried his best to uproot Buddhism. The burning of the library continued for several months and “smoke from the burning manuscripts hung for days like a dark pall over the low hills.”

What's older than we think?