Here are 20 Interesting Facts About the Moons in our Solar System excluded the earth’s moon.  For facts on earth’s moon click here.

1-5 Interesting Facts About the Moons in our Solar System 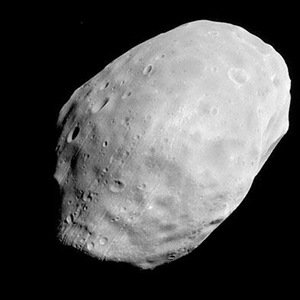 1. One of Mars’s moons, Phobos, appears to rise in the west and set in the east twice each Martian day (because it orbits Mars faster than Mars rotates) and it will eventually either collide with the planet or break apart to form planetary rings. – Source

2. Mars’ smallest moon, Deimos, has an escape velocity of 5.2 m/s, meaning that if you were take a running jump while on it, you will launch off like a slow rocket.

3. In 1670, an astronomer calculated the speed of light solely by observing the orbits of Jupiter’s moon Io. He noticed differences in expected and observed traverses of Io based on Earth’s proximity to Jupiter. – Source

5. NASA deliberately sent its perfectly functioning Galileo spacecraft on a suicidal plunge into Jupiter in order to protect Europa, an untouched Jovian moon which might have extraterrestrial life. – Source

6-10 Interesting Facts About the Moons in our Solar System 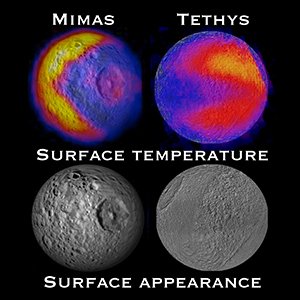 6. Saturn’s moon Mimas not only looks like the Death Star, but has a Pac Man heat signature. – Source

7. Jupiter’s moon Europa has more water than Earth’s surface oceans. Its subsurface ocean plus ice layer could range from 80 to 170 kilometers in average depth. – Source

8. Two of the moons in our solar system (Ganymede & Titan) are actually larger than the planet Mercury. – Source

9. Saturn’s moon Enceladus has geysers that shoot large jets of water vapor into space and according to NASA “is emerging as the most habitable spot beyond Earth in the Solar System for life as we know it.” – Source

10. Saturn’s moon Rhea may have its own set of rings. This would be the first discovery of rings around a moon. – Source

11-15 Interesting Facts About the Moons in our Solar System 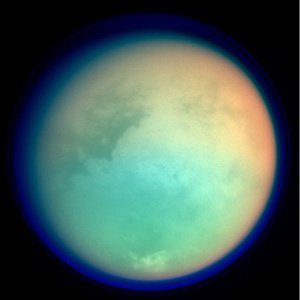 11. Saturn’s Moon Titan has atmosphere so thick and the gravity so low that humans could fly through it by flapping “wings” attached to their arms. – Source

12. When our sun becomes a red giant, Titan will become warm enough for life to possibly evolve in manner similar to Earth. These conditions would persist for a hundred million years – Source

13. Mountains on the moon Titan are named after mountains from JRR Tolkien’s Middle Earth – Source

14. Iapetus, one of Saturn’s moons, has an equatorial ridge rising 13km over the surrounding plains almost like a walnut. – Source

16-20 Interesting Facts About the Moons in our Solar System 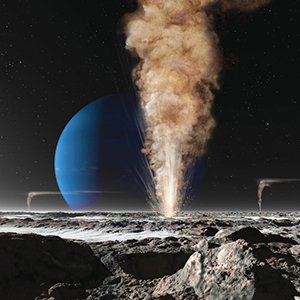 17. Triton will one day be destroyed by the gravitational forces of Neptune and the resulting debris will give Neptune a ring system similar to Saturn. – Source

18. The New Horizons spacecraft heading to Pluto carries a Florida state quarter symbolically to pay Charon, the ferryman to the realm of the dead (Pluto) – Source

19. Pluto is technically part of a “binary system” because the center of its orbit with its moon Charon does not lie inside either planetary body. – Source

20. Galileo sent two coded message to Keppler, that Saturn has rings, and that Venus has phases (circles the sun, not the earth), which Keppler incorrectly decoded as Mars has two moons and Jupiter has a big red spot. Although not what Galileo had written, both would later be proven true. – Source