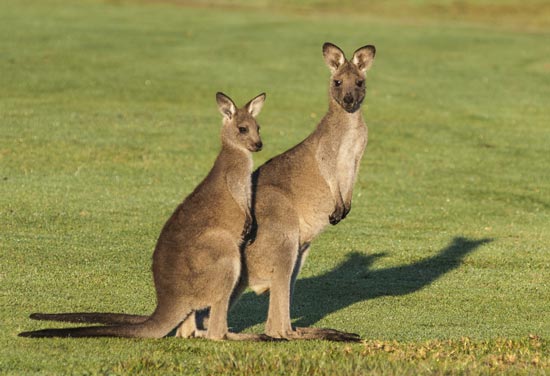 1. Kangaroos barely emit any methane. Scientists want to harvest the bacteria from their colons so they can transfer this “skill” to cows, thereby reducing greenhouse gasses. – Source

3. When pursued, kangaroos will retreat to bodies of water. So they can hold their pursuer under and drown them. – Source

4. Kangaroos hop because they can’t move their legs independently. – Source

5. Lulu the kangaroo was rescued as a joey and hand-reared by a farmer and his family. When a branch knocked the farmer unconscious, Lulu stayed with him and ‘barked’ until the man’s family came, likely saving his life. – Source 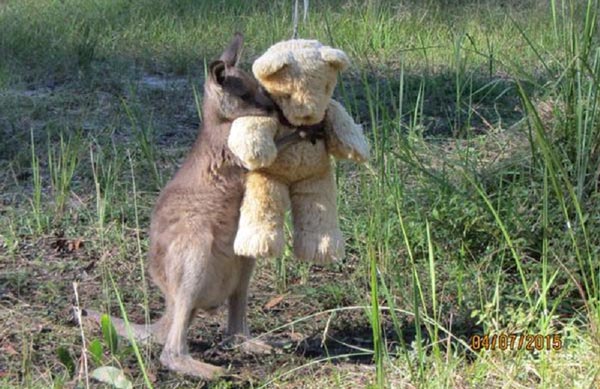 6. Doodlebug, an orphaned kangaroo joey that was abandoned until he was found after he walked up to strangers and extended his arms, seemingly wanting to be picked up. A photo of him hugging a teddy bear later went viral. – Source

7. Kangaroos know how to use a chokehold when fighting other Kangaroos. – Source

9. Female kangaroos have three vaginas. The outside two are for sperm and lead to two uteruses. The middle one is for giving birth. The males have a two-pronged penis, below the testicles. – Source

10. The Australian Coat of Arms has the kangaroo and the emu because these animals can’t move backward. – Source 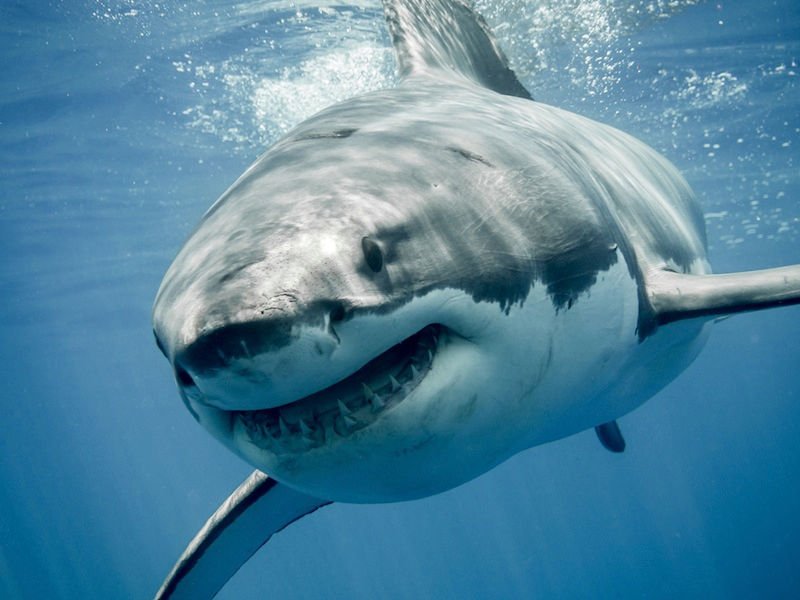 11. In Australia, more people are killed by kangaroos than sharks. – Source

12. France has a small population of wild Kangaroos. – Source

14. Kangaroos don’t sweat, so they lick their paws and then rub them on their chest for cooling.

15. Female kangaroos are almost always pregnant. They can, however, pause their pregnancies in times of drought or famine. This is called diapause. – Source

16. Kangaroo meat in Australia can be purchased from the supermarket, butcher and available on restaurant menus as a leaner and healthier alternative to beef or lamb with a 1-2 percent fat content. – Source

17. The odds of hitting a kangaroo with your vehicle in Australia are so high most farmers and people living in the country have fitted metal ‘roo bars’ to deflect kangaroo impacts. – Source

18. Kangaroos are able to produce two different types of milk simultaneously. One for the newborn and one for the young Joey. – Source

19. Scientists have found the fossilized remains of an ancient flesh-eating killer kangaroo that had wolf-like fangs. – Source

20. Kangaroo fetuses crawl from the womb up the front of their mother’s stomachs and get into the pouch where they grow into baby kangaroos. – Source

25 Amazing Facts About The Pentagon