Here are 20 Overlooked Facts from Movies That Will Completely Change The Way You See It. 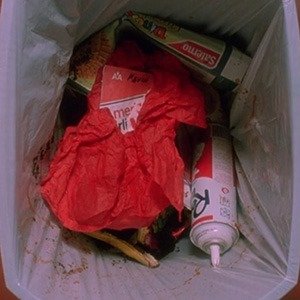 1. Home Alone: The entire plot of Home Alone is set into motion when Kevin gets into a fight with his family over spilled milk. There is a very fast shot of Kevin’s boarding pass getting accidentally thrown away after milk spilled on it at breakfast. This explains why the ticket and head count at the gate was correct when the family got on their plane.

2. Inception: Most people that watched this movie believed Cob’s totem is the spinning top, but he clearly states in the movie that it was his wife’s. If you go online there is a consensus that Cob’s totem is his wedding ring. This changes a lot about the story because you realize Cob has never struggled with knowing when he is and isn’t awake. He only keeps the top to show how he struggles with forgiving himself of his wife’s death. The end of the film now doesn’t show a mystery of whether or not Cob is awake, but it represents him letting go of his wife.

3. The Matrix: The main plot of the movie was supposed to use human brains as processors for the machines, not power sources. That’s why Neo could do all those things; he could interact with the code more fully. Also it explains the idea why Matrix gets more unstable the more people are freed.

4. Beauty and the Beast: The Beast was 11-years-old at the time of his curse. The rose the enchantress gave him bloomed for 10 years until his 21st birthday when it began to wilt. So an 11-year-old orphan prince turned away a strange beggar woman who showed up at his house during a thunder storm in the middle of the night, and she curses him and every other member of the household, including his dog.

5. District 9: The movie is not in fact, about Apartheid. In Director Neil Blomkamp’s short movie ‘Alive In Joburg (on which D-9 was based), there were similar interviews to those at the beginning of District 9 (of people being interviewed about aliens). The difference is that all of those interviews were real. The filmmakers simply asked residents of Johannesburg what they thought of immigrants from Zimbabwe, and they received the remarkably hostile responses. The film isn’t just a parallel to Apartheid, but more so about the current sentiment towards immigrants. 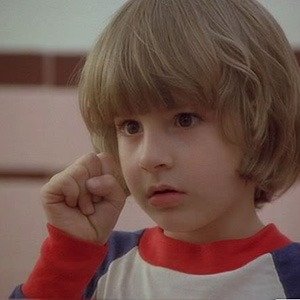 6. The Shining: Danny, the little boy in the movie had no idea he was acting in a horror movie, not until after it was finished and released. Now you can look at The Shining again, but through his truly innocent eyes.

7. E.T. the Extra-Terrestrial: The voice of ET was played by a 2 pack a day smoker who had never acted before. That was her actual voice.

8. 300: The story is told by a Spartan (Dilios), the soldier Leonidas sent away before the final battle, as a story to motivate other Spartans right before they charge at the ending credits, which is the real life battle of Plataea, where a united Greek force decimated the Persia army. This is why the film contains so many fantastical elements such as bombs, elephants, giant monsters, why the immortals had fangs, etc. The whole story is just propaganda told to soldiers to make the Spartans seem super powered and the Persians evil monsters. The implication is that much of it is exaggerated for dramatic effect so the soldiers would fight harder.

9. The Dark Knight: The Joker’s entire speech to Harvey Dent in The Dark Knight is a lie. He styles himself as an agent of chaos and not a schemer. But that’s all lies and manipulation. He is the master schemer. From stealing the mobs money with a clever heist, to planting an explosive inside a henchman and beyond. The entire movie is the Joker scheming and manipulating everyone into thinking he’s just a crazy madman. The speech to Dent is just telling Harvey what he needs to hear to push him over the edge. The Joker is only an agent of chaos in the sense of chaos being a level of order that is difficult, if not impossible to grasp due to its complexity.

10. Alien: The chestbuster scene in the first Alien movie was almost completely ad-libbed. Director Ridley Scott wanted to get as natural a reaction as possible from the actors, so he didn’t clue them in to what was to happen. They were told something shocking was to happen in the scene but not exactly what. The reactions that you see as the blood sprays over everything are as real as they can get. 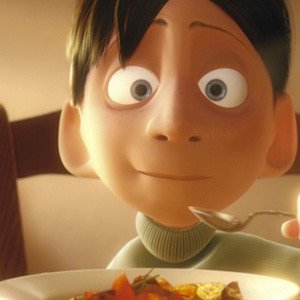 11. Ratatouille: When we see the flashback scene from Ego’s childhood after he takes his first bite of the ratatouille, the house and kitchen is the same countryside house that rats came from at the beginning of the movie (where Remy was studying the cookbooks and watching cooking shows with the old lady). Remy actually made Ego his own mother’s Recipe.

12. Django Unchained: There is a scene when DiCaprio is angry with Django and Dr. Schulz because he finds out that they are trying to retrieve Django’s enslaved wife. He starts yelling and slams his fist on the table, cutting himself with a glass by accident. He starts bleeding considerably as a result. In fact, the whole thing was an accident, but he decided to keep playing his part, which ended up being one of the most climatic scenes in the movie. It’s truly amazing how he put the pain aside and seized the opportunity to make the scene even more dramatic.

13. Pan’s Labyrinth: It’s real. It’s not just a little girl’s fantasy, she’s actually a princess and everything that happens is real. Almost everything in the story can be explained by coincidence or imagination, except one thing. At the end, the guard guarding her room is told to kill her if she leaves. That is the only exit and the windows are too high and are barred. So the only way she could get out is if the chalk actually worked. This was confirmed by Guillermo del Toro.

14. Waterworld: Kevin Costner traded a jar of precious and rare “dirt” for a tomato plant, but the tomato plant was planted in a pot full of dirt.

15. The Silence of the Lambs: Lechter said he ate a victim’s liver with “some fava beans and nice chianti”. Liver, fava beans, and wine all contain a substance called tyramine, which can kill a person who is taking a certain class of antidepressant drugs known as MAO inhibitors. MAO inhibitors were the first antidepressants developed, and were used primarily on patients in mental institutions. Lecter worked in, and was committed to, a mental institution. 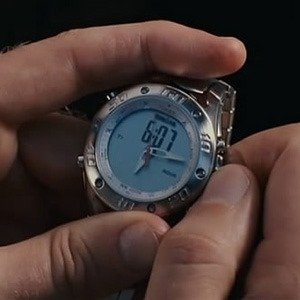 17. Inglourious Basterds: The burning of the cinema at the end parallels the actual church burning by the Nazis at Oradour-sur-Glane where women and children were locked within the building and burnt alive. In fact most of the movie sees us compelled to cheer on our protagonists as they commit war crimes and atrocities (scalping, carving foreheads, summary execution, etc.) and we feel permitted to enjoy this because they are morally superior and justified in their actions given our knowledge of the vileness of their enemy and what they have inflicted upon our heroes. Yet this is exactly the pervasive mentality the Nazis used in reality to justify atrocities against the Jews and other minorities.

18. Jaws: The first girl that was attacked was actually screaming in pain. The harness that was dragging her across the water violently back and forth broke her hip. The director thought that her screaming was just realistic acting, and they didn’t realize she was injured until she was dragged back to shore.

19. Prestige: Both magicians’ final tricks in the prestige are just the bird in a cage trick. They are the birds.