We are back with another movie related list. We were having a lot of trouble in the past 48 hours with our servers. As all is now well, let’s start the day with this wonderful list. Here are 20 Things You Probably Missed in a Movie.

1-5 Things You Probably Missed in a Movie 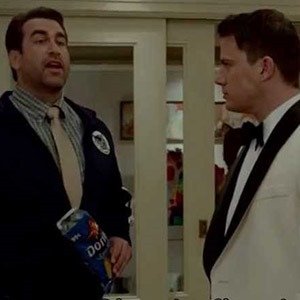 1. 21 Jump Street: When Schmidt (Jonah Hill) and Jenko (Channing Tatum) take HFS, Jenko remarks that it tastes like Cool Ranch. Soon after, they run into Coach Walters, carrying a bag of Cool Ranch Doritos. It is later revealed that Coach Walters is the mastermind behind HFS.

2. Good Will Hunting: The scene where Sean (Robin Williams) and Will (Matt Damon) are in his office, and Sean starts talking about his dead wife and her farting antics. These lines were ad-libbed by Robin Williams, which is probably why Matt Damon is laughing so hard. If you watch the scene carefully you can notice the camera shaking, probably due to the cameraman laughing as well.

3. Blood Diamond: Danny Archer (Leonardo DiCaprio) is probably HIV positive. This is why he really makes zero advances on the reporter, how he is no longer in the army, how when he is shot at the end he won’t let anyone put pressure on his wound. In one scene when a prostitute comes up to him and say “I’m safe, huh. No HIV,” he responds “Ja, ja. I’ve heard that one before.”

4. The Breakfast Club: In the beginning of the movie you see different shots of the school hallways and classrooms. There is a picture of a former Shermer High School student “Man of the Year.” The guy in the picture is the janitor Carl Reed.

5. Pulp Fiction: When Vincent (John Travolta) goes to Lance’s house to score heroin, Lance informs him he is out of balloons and asks if a baggie would be all right. Cocaine is sold in baggies, which is why coke-fiend Mia snorts the heroin after their not-a-date. The heroin he purchases is also described by Lance as being extremely potent (a “mad man”). , This is the most likely reason for Mia’s (Uma Thurman) overdose. The whole heroin/cocaine mix-up is foreshadowed in Lance’s comments to Vince, “Coke is dead as… dead. Heroin is coming back in a big way.”

6-10 Things You Probably Missed in a Movie 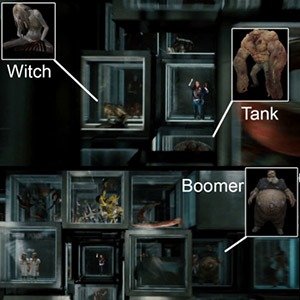 6. The Cabin in the Woods: In the shot showing all the creatures in their elevator cells, you can briefly see a Tank, Witch, Boomer and a Hunter, four of the special infected from the Left 4 Dead (2008) game series. Their cameo was included to coincide with a planned tie-in expansion pack for the games where players would have to fight their way through the woods, cabin and facility from the movie. Unfortunately, the tie-in was canceled when MGM’s financial problems hit.

7. The Wolf of Wall Street: The real Jordan Belfort appears in a brief role in the film’s final scene, introducing his cinema stand-in Leonardo DiCaprio.

8. Spaceballs: The Millennium Falcon from Star Wars: Episode IV – A New Hope (1977) makes a cameo appearance in this movie. Look closely at the exterior shot of the Space Diner and you can spot it parked there among the other space vehicles.

9. Django Unchained: Franco Nero, the lead actor from Django (1966), the movie which inspired this one, has a cameo as the owner of the slave that fights against a slave owned by the character played by DiCaprio (the screenplay gives his character the name Amerigo Vassepi). After being asked to spell his name, Django explains, “The ‘D’ is silent.” Nero replies, “I know.”

10. 28 Days Later: When Jim (Cillian Murphy) is in the diner, one of the infected kids speaks. As Jim is wrestling with the boy, it can be clearly heard on the soundtrack that the boy shouts “I hate you!” several times before Jim kills him with his baseball bat. In the director/writer commentary on the DVD, Danny Boyle discusses how the origin of the infection was ‘rage’, so the filmmakers decided to layer a lot of “violent” speaking onto the soundtrack for scenes involving the Infected. According to Boyle, for this particular scene, they made it a little bit too loud.

11-15 Things You Probably Missed in a Movie 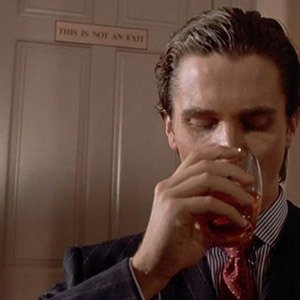 12. Interstellar: The very first line in the movie, spoken by Coop’s daughter Murph is as follows: “I thought you were the ghost.” She means that she heard him moving around and thought her “ghost” was making noise. This line carries more significance when the ending is known; Cooper truly was Murph’s ghost the whole time.

13. Madagascar: When the lemurs panic in the plane, one of them holds up a book called “To Serve Lemur” in which he says, “It’s a cookbook! It’s a cookbook!” This is referencing an episode of The Twilight Zone, where a character deciphers a book given to humans by aliens, that turns out to be a cookbook.

14. Thor: The Infinity Gauntlet, a glove encrusted with six reality-bending jewels plays a major part in Avengers: Infinity War – Part I (2018) and Avengers: Infinity War – Part II (2019). A model of the Infinity Gauntlet, an all powerful weapon capable of controlling aspects of reality (soul, time, space, power & mind) in the “Marvel Comics” universe is seen in this film in the underground vault when the Casket of Ancient Winters is stolen.

15. Die Hard: Sleazy businessman Harry Ellis (Hart Bochner) is seen doing cocaine early in the movie. Later, he tries to work with the terrorists as a go-between for them and McClane. As he is talking, we see one of the villains bring him a can of Coca-Cola, implying that he asked for “coke” and they misunderstood. He looks mildly like confused.

16-20 Things You Probably Missed in a Movie 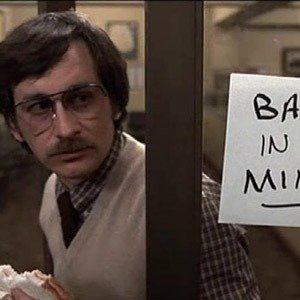 16. The Blues Brothers: In the end of the movie, the guy who plays the clerk at the Cook County Tax Assessor’s Office is Steven Spielberg.

17. The Lord of the Rings: The Fellowship of the Ring: During the fight between the orc, Lurtz, and Aragorn, the moment where Lurtz takes out the dagger Aragorn had stuck it in his leg, and then Lurtz threw it at him. That was an actual dagger. It was supposed to hit the tree behind Viggo Mortensen, but because of the bad capabilities with the orcs armor, he accidentally threw it towards Viggo. Luckily, Viggo was fast enough to deflect it with his sword. Also, when Sam tells Frodo that he is now the farthest he has ever been from home, a car is visible driving by in the background. They got rid of it in the DVD version. In a subsequent magazine interview, Jackson agreed that the car was there. Also, when as the camera is panning over the dead orc bodies after the orc battle, one of the supposedly dead orcs sits up and looks around before the camera cuts out.

18. Shutter Island: Fire is a symbol of Andrew/Teddy’s (Leonardo DiCaprio) insanity in the movie. If you watch closely, every time Teddy is around fire – the matches he lights in Ward C, the fire in the cave with “Dr. Solando” and when he blows up Dr. Cawley’s car near the end – he suffers some sort of hallucination. Fire is the symbol of Andrew’s fantasy world, while water (the opposite of fire) is the symbol of the reality of what happened to him. His wife drowns his children in water and it is water which makes Andrew so upset/uneasy/sick throughout the film. So that cave scene with “Dr. Solando?” Yeah, she isn’t real – and therefore her whole spiel about Shutter Island being a secret government mind control lab isn’t real either.

19. Hot Fuzz: There is a lot of foreshadowing, like, when Danny (Nick Frost) asks Angel (Simon Pegg) about whether he did awesome stuff as a PC or not. Everything he asked was done in second half of the movie. The fountain Angel sees when exiting the pub has a plaque on it thanking its contributors: The entire Neighbourhood Watch Alliance. Literally, the killers are right under his nose. “Someone’s looking to jump into Popwell’s Grave”- Nick Angel literally does this later in the film. “No one here is going to stab you, Sergeant. Least not a member of the public, anyhow”- Angel is later stabbed by a fellow police officer.

20. Back to the Future: The mall where Marty McFly meets Doc Brown for their time travel experiment is called “Twin Pines Mall.” Doc Brown comments that old farmer Peabody used to own all of the land, and he grew pines there. When Marty goes back in time, he runs over and knocks down a pine tree on the Peabody’s property. When he comes back to the mall at the end of the film, the sign at the mall identifies the mall as “Lone Pine Mall.”