Here are 20 True April Fools’ Day Events that were Hard to Believe. 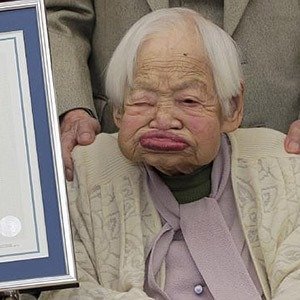 1. Apr 1, 2015: Japan’s Misao Okawa died on this day from heart failure. Before her death, she was the world’s oldest living person reaching the age of 117. The oldest person who has ever lived according to Guinness was Jeanne Calment of France, who lived 122 years and 164 days. She died in August 1997. – Source

3. April 1, 1946: On April Fools’ Day in 1946 an earthquake off the coast of the Aleutian Islands in Alaska spawned a series of waves known as a tsunami. One wave as high as a 13-story building hit locally. People were running through the streets shouting “tidal wave” and people thought it was a joke. Others waves raced across the Pacific, killing dozens and leaving a trail of destruction that stretched to California and even South America. There were a total of 165 casualties. – Source

4. April 1, 1999: As a result of a 20-year-old internet joke that the German city of Bielefield doesn’t actually exist, five years after the myth started to spread, the city council released a press statement titled Bielefeld gibt es doch! (Bielefeld does exist!). However, the statement’s publication date of April 1, 1999 (April Fools’ Day) was ill-chosen as it unwittingly played right into the humorous conspiracy. In allusion to the conspiracy, the 800th anniversary of Bielefeld was held under the motto Das gibt’s doch gar nicht (colloquially “This can’t be true”, but literally “This does not actually exist”). – Source

5. April 1, 2004: On this day, Google launched invitation-only beta version of Gmail. At a time when most webmail services offered inbox sizes measured in single-digit megabytes, Google, already known for having April Fools’ press releases announced a service offering an unbelievable 1 GB of storage. They intentionally released a pun-filled press release announcing Gmail. In reality, it was a double fake, in that it was actually serious. – Source 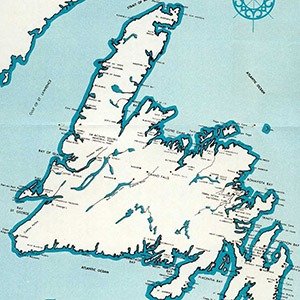 6. April 1, 1949: Newfoundland became a province of Canada just minutes after midnight on April Fools’ day in 1949. The induction ceremonies were originally set for April Fools’ Day in 1949, it having occurred to no one at the federal level that this might not be the most appropriate of dates. The date was then, at the eleventh hour changed, but it was too late to make the change, but Canadian Prime Minister did amend the Terms of Union by which Newfoundland joined Canada to read that this happened on March 31st. – Source

7. April 1, 1985: Like the histories of all great rock bands, Van Halen’s past includes some landmark dates. On April 1, 1985, singer David Lee Roth shocked the rock world by announcing that he was leaving Van Halen to pursue a solo career. Though long-time fans likely hoped it was an April Fools’ joke gone terribly wrong, he did in fact quit. – Source

8. April 2010: Director Joss Whedon was announced as the director of The Avengers. Fans that were both into Buffy and Avengers were angry because they thought it was perfect but it was probably an April Fools’ joke, and comics exclusive fans got real mad because they didn’t want Buffy to plague the movie. – Source

10. April 1, 2015: Less than 24 hours before April Fools’ Day, Amazon unveiled its newest innovation: the Amazon Dash Button. The gadget bears the logo of your favorite brands and sticks directly onto a flat surface in your home. When you run out of the corresponding product, you just push the button and a refill is dispatched to your house. The online community were sure it was a prank, but Amazon assured it was not fooling around. – Source 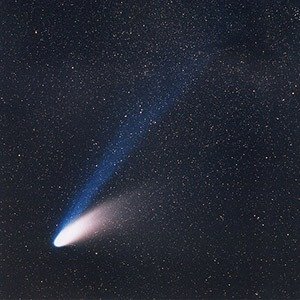 11. April 1, 1997: Comet Hale–Bopp was perhaps the most widely observed comet of the 20th century and one of the brightest seen for many decades. It was discovered on July 23, 1995 and was expected to pass earth on April 1, 1997. It will next return to the inner Solar System around the year 4385. – Source

12. April 1, 1944: Schaffhausen is located in a finger of Swiss territory surrounded on three sides by Germany. On 1 April 1944 Schaffhausen suffered a bombing raid by United States Army Air Forces aircraft which strayed from German airspace into neutral Switzerland due to navigation errors. About a hundred civilians were killed. United States quickly offered four millions dollars in reparations. – Source

13. April 1, 2005: Comedian Mitch Hedberg was found dead in a hotel room in Livingston, New Jersey on March 30, 2005. Medical examiner’s office reported “multiple drug toxicity” in the form of cocaine and heroin as the official cause of death. Hedberg’s death was formally announced on April 1, 2005, leading many to believe it was an April Fools’ joke, only to find out later that it was not. – Source

14. April 1, 2007: Back in the day when Sega and Nintendo were bitter rivals, no one would have thought that their hit characters Sonic the Hedgehog and Mario would team up in a game. But that’s exactly what happened when “Sonic and Mario at the Olympics” was announced in 2007. Sega and Nintendo announced it via a joint press release a couple of days prior to April 1, but fans just assumed there was no way it could be true. Soon after, Sega stated on their official website that the game is official, and that both Sega and Nintendo are working on this game project. – Source

15. April 1, 1947: When the media reported the death of King George II of Greece on this April Fools’ Day, the public largely thought it was fake, but he had really died of arteriosclerosis. He was succeeded by his younger brother, Paul. – Source 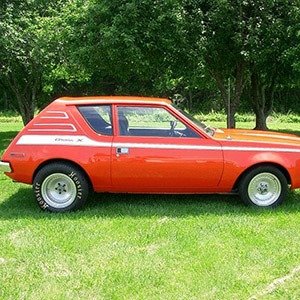 16. April 1, 1970: Apparently the announcement of the AMC Gremlin was too laughable for people to consider real. After all, who would name a car that? And a car expected to compete with the VW bug was just silly. AMC was serious, though, and the Gremlin was produced from 1970-1978. – Source

17. April 1, 2003: The two biggest Japanese RPG franchises in video game history have been for some time Final Fantasy and Dragon Quest, created by the companies Square and Enix, respectively. On April 1, 2003, the two companies officially merged, creating Square Enix, a single company which would control all IPs of both companies, an undisputed JRPG supergiant. Though it was discussed and announced beforehand, due to the actual merge happening on the April Fools’ Day, many fans thought it was a huge joke. – Source

18. April 1, 2007: Google company sent an e-mail out to its employees at a NYC office warning that a python was loose in the facilities. Though it sounds like a Google prank, but it was true. An engineer kept a ball python named Kaiser in his cube and Kaiser escaped. The e-mail to employees apologized for the awkward timing and assured them that this was no April Fool stunt.

20. April 1, 2015: Sweden’s parliament voted to keep a controversial law that bans unlicensed dancing in public – and even includes ‘illegally moving your feet to music’ on March 31, 2015.