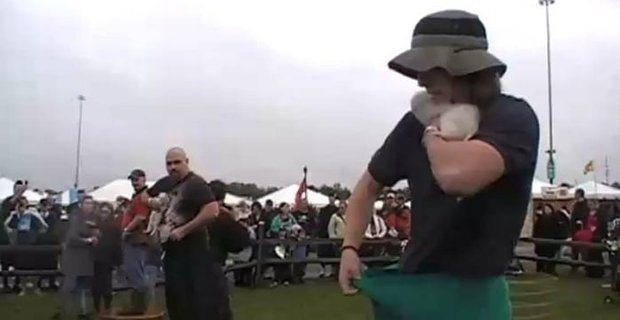 1. The world record for keeping a pair of ferrets in your pants is 5 hours and 30 minutes. – Source

2. A female ferret can die if they don’t find a mate during the heat. Remaining in heat for too long creates estrogen toxicity and the bone marrow stops producing new red blood cells. They essentially die of ‘the horn’. – Source

3. A group of ferrets is called a “business”. – Source

4. In 1999, the TV, lighting & sound cables for Greenwich Park’s ‘Millennium Pop Concert’ were laid by trained ferrets because it was impossible to use rods to push the cables through the tiny underground tunnels. – Source

5. Boeing used to use ferrets to carry wires to inaccessible places on aircraft. – Source

9. In 2012, several Argentinian scam artists began selling groomed ferrets injected with steroids off as toy poodles and Chihuahuas and people believed them. – Source 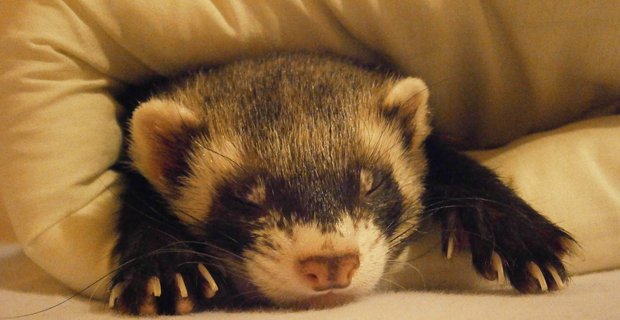 11. Reclining chairs are a leading cause of accidental ferret death. – Source

12. Researchers successfully altered a ferret’s brain to see through its auditory cortex. – Source

13. When ferrets get very excited they do a frenzied series of sideways and backward hops called a “weasel war dance.” It is believed that in the wild, ferrets used this to disorient prey. – Source

14. Ferrets can catch the flu from humans and vice versa. – Source

15. People use ferrets to hunt rabbits by setting up nets outside of rabbit holes, they then send the ferret into the hole and the ferret chases the rabbits out into the nets, they also put collars around the ferret’s necks in order to track where their pet ferret is while it’s underground. – Source 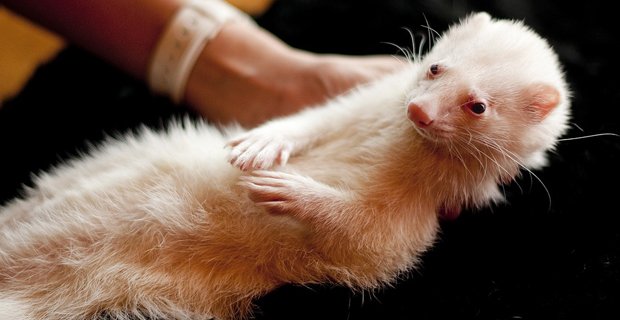 16. It is illegal to own a ferret in California, Hawaii, New York City, and Washington D.C. as well as in some communities in other states. – Source

17. Some falconers use ferrets to flush game for their birds. – Source

18. Experts believe that because babies smell like milk, ferrets view them as prey. – Source

19. The most famous ferret is probably the one in Leonardo da Vinci’s painting Lady with an Ermine. While “ermine” is actually the name of a weasel or stoat, scholars believe the animal in the painting is a ferret. – Source

20. Bathing a ferret often results in a smellier pet. A ferret’s oil glands will over produce in an attempt to replace the oils that have been washed down the drain. Ferrets usually need to be bathed only a few times a year. – Source 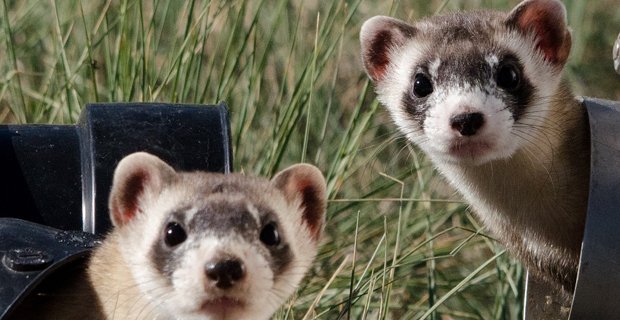 21. Ferrets are very nearsighted, but they compensate with a keen sense of hearing and smell. – Source

22. In 2011, a 4-month-old boy who had been left in a rocker was attacked by a pet ferret. It chewed all the boy’s fingers off except for his thumbs and a little bit of a pinkie finger. The boy’s father pleaded guilty to 2nd-degree child endangerment. The mother was sentenced to 30 days in rehab and 2 years probation. – Source