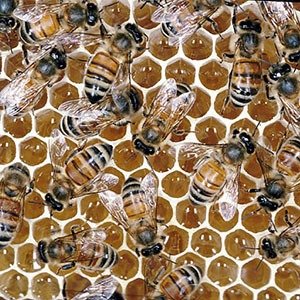 1. When male honey bees mate, their penises explode and they die. During the queen’s nuptial flight, she’ll mate with about a dozen partners and leave a trail of dead, penisless bees in her wake. – Source

2. Since many female insects mate just once in their lives, insect populations can be controlled by releasing swarms of sterile males into the wild; the females mate with them, never have babies, and die. This method has eradicated populations of dangerous insects in several regions. – Source

3. Gray whales mate in threes. The non-dominant male just acts as a brace to hold the female in place so that she doesn’t float away. – Source

4. When anglerfish mates, they melt into each other and share their bodies forever. If a male finds a female, he latches on and fuses to her, losing his internal organs until they share a bloodstream. – Source

5. In the 1980’s, Australian beer companies had to change the design of their bottles so a species of beetle would stop trying to mate with them. – Source 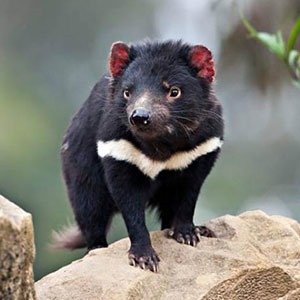 6. During the Tasmanian devil mating season, the male has to beat the female into submission if he wants to mate. If the male is too timid, the female proceeds to beat up the male. – Source

7. Adult Luna moths develop without a mouth. Their only purpose is to mate within their 7-day lifespan, after which they die of starvation. – Source

8. Male dolphins sometimes separate female dolphins from their families and deny them food until they agree to mate. – Source

9. Part of the reason it is so hard to get Pandas to mate is that the female Panda is only “in the mood” for a short period in the spring. Their sexual interest lasts just 24-72 hours per year. – Source 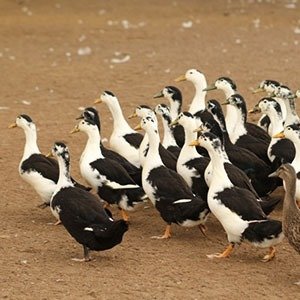 11. Female ducks have evolved a complex vagina with several dead-end pockets and tunnels in order to confuse unwanted mates and prevent fertilization from the wrong male. – Source

12. Ducks penises explode outward, have spikes on them, shapeshift, fall off after every mating season, and can grow back longer if there are more males around – Source

13. Before mating, the female giraffe will first urinate in the male’s mouth. – Source

14. Female ferrets, once in heat, will die if they don’t get laid. High estrogen and no mating results in damaged bone marrow, lack of blood cells and eventual death. – Source

15. Some millipedes will sing and give back rubs to relax a female while mating. – Source 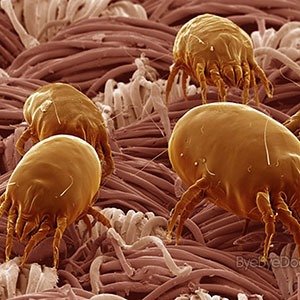 16. There are tiny bugs closely related to spiders living in the pores of your face, which crawl about your face in the dark to mate. – Source

17. The male orb-web spider has detachable genitalia such that he can flee while simultaneously finishing intercourse so that his mate won’t eat him. – Source

18. Female crows will give an alarm cry, and send their mates out to confront the threat. While the males are distracted, females will mate with crows from a neighboring territory and then pretend to sit on the nest innocently when their mates return home. – Source

19. Tricky, weak male cuttlefish change their skin color in order to appear female. They then sneak past the unaware males and mate with the females, occasionally several, right under their mate’s nose. – Source

20. When flatworms mate, two “males” use their bifurcated penises to fence one another. The winner of the flatworm who stabs the other with its penis remains male while the loser becomes female. – Source 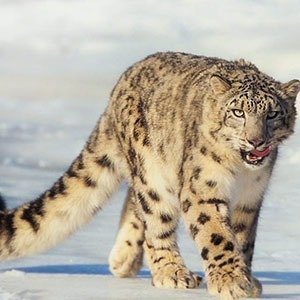 22. When bald eagles mate, they fly up several thousand feet in the air, lock talons, and have sex while free-falling. – Source

23. Shingleback lizards remain faithful to each other their whole lives, only having one mate and mating with them every year. They are also known to stay with their mate after death, for days, nudging them, almost as if they’re grieving. – Source

24. The single-celled organism named tetrahymena thermopila has seven sexes, it only takes two of them to mate (21 different combinations), and the child can be any one of the seven sexes and is not dependent on the sex of the parents. – Source

25. Male painted turtles use their long front claws to tickle females on the neck during mating season and if the female lets him tickle her, they’re mates. – Source