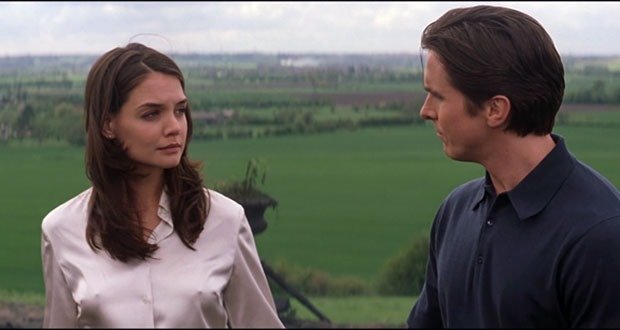 1. Unlike most characters in the movie, Rachel Dawes, played by Katie Holmes, doesn’t exist in “Batman” or any other DC Comics’ series. She was created by director Christopher Nolan and screenwriter David S. Goyer. The role was written expressly for Katie Holmes, with Claire Danes and Reese Witherspoon as backup considerations.

3. The movie references the comic, Batman Year One by Frank Miller with Detective Flass, the corrupt cop, being partnered with James Gordon. It further follows the storyline by showing Gordon refusing to turn in the corrupt cops.

4. The “daylight” coming through the windows of Wayne Manor was created by a single 100,000-watt floodlight which weighed nearly 400 pounds. 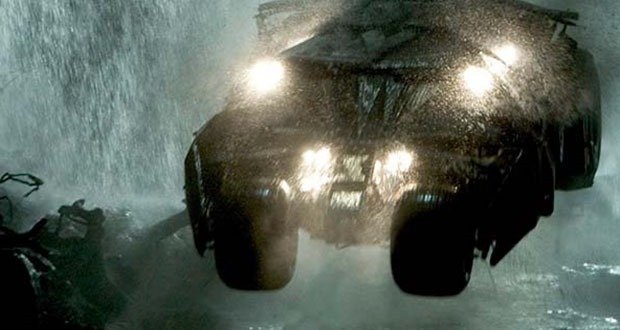 6. According to an interview with production designer Nathan Crowley, the waterfall guarding the entrance to the Batcave was originally meant to cover a solid rock wall, which Batman’s enemies would slam into when attempting the jump in. The rock wall would have been opened with a button inside the Batmobile, but the sequence was cut before filming began.

7. Instances with just one or two bats in the shot (such as the single bat gone astray inside Wayne’s mansion) uses real bats, but each scene with a flock of bats had to be done using CG bats, since it was decided too difficult to control that many bats at once.

9. There were 5 Batmobiles made for the film in total.

10. This is the first Batman movie in which the name of Bruce Wayne (Batman) is not changed for the Spanish version to Bruno Díaz. The name Bruno Díaz has been used for the Latin American audience since the early Batman Comics that come to South America back in the 50’s. 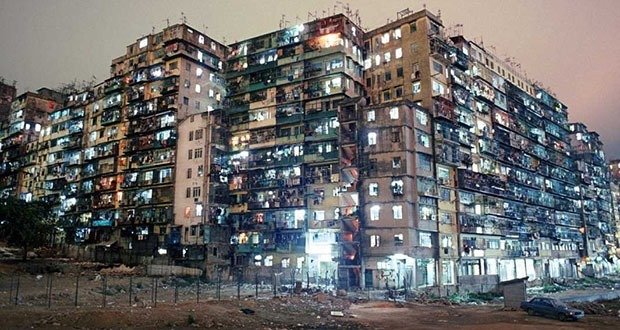 11. A full city block of Gotham – much of it based on the slums of Kowloon in Hong Kong which were torn down in 1994 – was built in a converted aircraft hangar.

12. While filming in Lower Wacker Drive, in Chicago, Illinois, the filmmakers were so concerned for the care of the Batmobile, that they told the stunt driver to take as much time as he needed to make any move. Therefore, when it came time to back the Batmobile up, they went so slow as to cause traffic jams that had to be reported on the news. Simply moving the Batmobile around Chicago took numerous police as well as caused traffic jams where ever they went.

13. On a converted parking lot at Shepperton, the film crew built an entire village of trailers where chemists and costume artists made neoprene-and-foam-latex Batsuits. The place was dubbed “Cape Town.”

14. Although Henry Cavill auditioned for the role of Batman, he later went on to play Clark Kent a.k.a Superman in Man of Steel (2013).

15. A possible influence (apart from ‘The Dark Knight Returns’ graphic novel) in the Tumbler’s design is the F-117 Nighthawk, sharing similar features, specifically the use of odd angles around the body used for stealth (although the Tumbler might use them to disperse kinetic energy from bullets and explosives) and almost jet-black color. 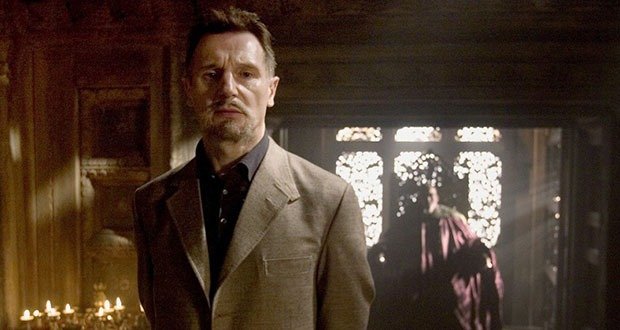 16. In the early minutes of each film in the trilogy the main villain (Ra’s Al Ghul, Joker, Bane) disguises himself as one of his own henchmen and there is a conversation about said villain in each scene.

17. John Nolan and Christopher Nolan are the birthday party guest who tells Bruce Wayne that “the apple has fallen very far from the tree.”

18. The key “combination” that Bruce plays on the piano to open the secret entrance to the Bat Cave is comprised of three, two-note chords, starting three octaves above middle-C. The keys he presses are D-E, D-E (up an octave), and G-A. However, the tones heard in the soundtrack are actually a half-step down from the correct tones for the notes he plays. This may simply be a post-production soundtrack adjustment or variance, but could also be that the piano was tuned a half-step down, which is sometimes done on older pianos to reduce the 18-20 tons of string tension stress on their framing.

19. The Bat Symbol at the beginning of each film in the trilogy foreshadows something that happens later. In this case the Bat Symbol is made up of bats and it symbolizes Batman using the sonar to call the Bats to distract the cops while he escapes from Arkham Asylum with Rachel.

20. Lucy Russell, the female lead from Following (1998), Christopher Nolan’s first film plays a guest in the restaurant, and has the second most lines of any female in the movie, second only to Katie Holmes (Rachel Dawes). 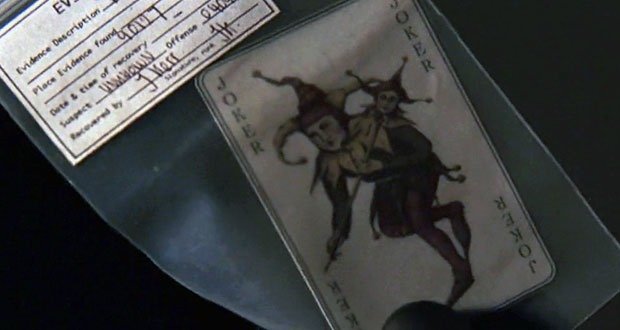 21. The Joker playing card presented to Batman at the end of the film is a replica of the Joker Card from the 1989 graphic novel “Arkham Asylum” by Grant Morrison and Dave McKean. It carries an evidence label, this label reads that the officer who discovered it was a J. Kerr, one of the Joker’s favorite aliases (Joe Kerr) in the comic books.

22. Ducard’s line “But is Ra’s Al Ghul immortal?” is an in-joke, since the comic book version of the character is over 600-years-old (and has been killed and resurrected many times) thanks to a device called the Lazarus Pit. Christopher Nolan chose to eschew all fantasy elements from his version of Batman.

23. Christian Bale is the youngest actor to play Batman, being 30 at the time he played the character. Michael Keaton and Adam West were 38 years old when they played Bruce Wayne in Batman (1989) and Batman (1966), meanwhile Val Kilmer and George Clooney were both 36 years old for Batman Forever (1995) and Batman & Robin (1997), respectively.

24. The ultrasonic “bat caller” that Batman uses in his escape from the GCPD in Arkham, is another reference from Frank Miller and David Mazzucchelli’s Batman: Year One series. In the issue Batman mentions it’s a shame he can’t patent it, it would be worth a fortune.

25. In each part of the trilogy Batman/Bruce Wayne has either a friend who turns into the villain or vice versa. In this one, Ra’s Al Ghul trains Bruce Wayne then turns against him.