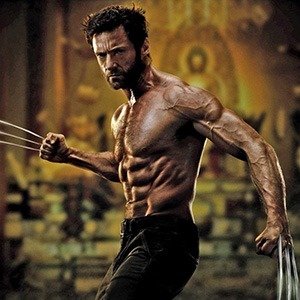 1. Wolverine was supposed to have a cameo in Spider-Man (2002). Hugh Jackman even flew to New York, but the scene had to be scrapped because his costume was nowhere to be found. – Source

2. George Lucas allowed the band members of ‘N SYNC to make a cameo appearance in Star Wars Episode II: Attack of the Clones in order to appease his daughters. The footage was then cut out of the final version of the film. – Source

3. Vin Diesel made a cameo appearance in Fast and Furious F: Tokyo Drift in exchange for the rights to the “Riddick” franchise. – Source

4. There’s a Cartoon Network special crossover episode called The Grim Adventures of the Kids Next Door, that also features Ed Edd n’ Eddy, with cameos from the Powerpuff Girls and Dexter’s Lab among other shows. – Source

5. Samuel L. Jackson wanted a cameo appearance on Breaking Bad in which he would walk on to the set of Los Pollos Hermanos, dressed as Nick Fury, completely unannounced as if he were a customer buying chicken from the restaurant. – Source 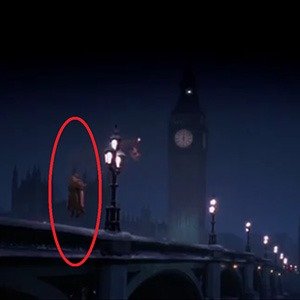 6. In a scene of Hook (1991), there is a couple kissing on a bridge while Tinkerbell is flying over, dropping fairy dust on them and sending them flying. The couple was actually an uncredited cameo by George Lucas and Carrie Fisher. – Source

7. King Abdullah II of Jordan is a fan of Star Trek and had a small non-speaking role on “Investigations,” a 1995 episode of the TV series Star Trek: Voyager. – Source

8. Mickey Rooney’s cameo in “The Muppets” made him one of few actors who have acted in 10 different decades. – Source

9. Warner Bros. kept George Clooney’s return to ER in the episode “Such Sweet Sorrow” a secret by submitting a version of the episode without him to NBC and at the last minute submitting an “Edited” version that included his cameo, without any time for NBC to screen it before it aired. – Source

10. In the movie Watchmen, Director Zack Snyder made an appearance as a Vietnam War soldier in the theatrical cut. Given the great degree of chaos in those scenes, it’s easy to miss. Also of note, is that Snyder’s son played Rorscach as a child. 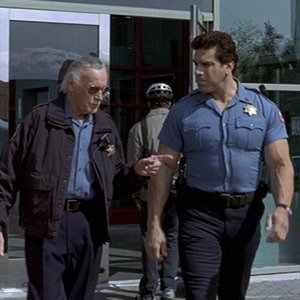 11. Lou Ferrigno, who played the original Hulk in the television series made a brief appearance as security guard alongside Stan Lee in Hulk (2003). He later returned for another guest role in The Incredible Hulk reboot.

12. Frank Abegnale Jr., whose life story provided the inspiration for the feature film Catch Me If You Can made a cameo in that movie as the French police officer who takes Leo DiCaprio (playing Frank Abegnale Jr.) into custody. – Source

13. The 1998 war film “The Thin Red Line” was cut from an initial five hours to three and a half after over a year of editing. Performances by Billy Bob Thornton, Martin Sheen, Gary Oldman and other notable actors were cut entirely, while others like George Clooney’s were reduced to cameos. – Source

14. Businessman Richard Branson did a cameo in the James Bond movie Casino Royale. His business rival, British Airways, edited it out of their in-flight version. – Source

15. Peter Jackson and Cate Blanchett had cameos in Hot Fuzz, as a homicidal Santa Claus and Nicholas’s ex-girlfriend, respectively. – Source 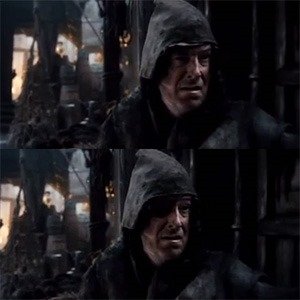 16. Stephen Colbert, an avid Lord of the Rings fan made a cameo appearance in 2013 movie The Hobbit: The Desolation of Smaug. – Source

17. Hugh Jackman accepted the opportunity to cameo as Logan/Wolverine in the movie X-Men: First Class when he learned that he would be the only character in the film to use the f-word. He improvised the line, “Go f**k yourself,” after using 7 other takes to say, “f**k off.” – Source

18. In the movie X-Men Origins: Wolverine, the only other poker player shown at the table other than Gambit and Wolverine when they first meet, is Daniel Negreanu, a popular real life Canadian professional poker player. He has won four World Series of Poker bracelets and two World Poker Tour titles. – Source

19. Michael Jackson, apparently, loved the first Men in Black so much that he personally called up Will Smith and said if there was ever a sequel, he wanted in. Jackson acted as himself in Men in Black II as an undercover Man in Black.

20. Director James Gunn cast his mentor Lloyd Kaufman, the president and founder of Troma Entertainment, in a small role as a prison inmate in Guardians of the Galaxy. Kaufman can be seen when Star-Lord, Gamora, Rocket, and Groot first arrive in the Kyln space prison. 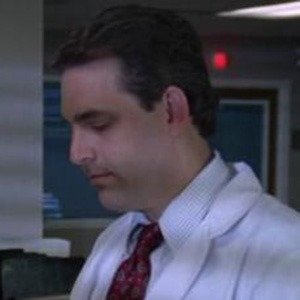 21. In the season eight finale of Scrubs “My Finale”, the “real J.D.”, Jonathan Doris, made a cameo appearance as the doctor who said “adios” to J.D. – Source

22. Chris Martin and Jonny Buckland from Coldplay make a brief cameo appearance at the tail end of Shaun of the Dead, but Martin also plays a decaying zombie in the comedy’s climax outside of the Winchester pub. – Source

23. Ian Brown from the Britpop band The Stone Roses made a very brief cameo appearance in Harry Potter and the Prisoner of Azkaban. He played a wizard reading Stephen Hawking’s A Brief History of Time in the Leaky Cauldron pub. Alfonso Cuarón asked if the British rock star wanted to be in the movie and Brown agreed when his son expressed an interest in visiting the set. – Source

24. Snoop Dogg had a cameo in the movie “Its A Very Merry Muppet Christmas Movie” but his part was cut out in the final editing. – Source

25. Stephen Baldwin got a Hannah Montana tattoo after making a pact with Miley Cyrus that he would be allowed to cameo on the show. She never held up her end up the deal and he has since said he regrets the entire thing. – Source