Here are 25 Interesting Facts About Earthquakes . 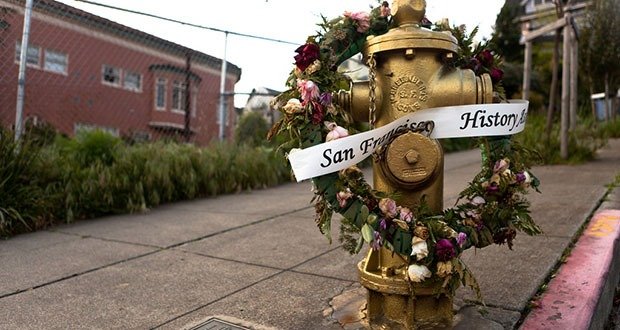 1. A fire hydrant in San Francisco that survived the 1906 earthquake and aided firefighters in saving the Mission District was painted gold in memory of the event. – Source

3. The man who supervised the construction of the CTV Building, which collapsed in the 2011 Christchurch earthquake, faked his engineering degree. 115 people died, over half the total earthquake deaths. Gerald Shirtcliff had stolen the identity of a retired engineer based in the UK, William Fisher. – Source

4. Yakuza, Japan’s largest organized crime syndicate, provided food, water, blankets, diapers, etc. during both the 1995 and 2011 Japanese Earthquakes and at a much faster response time than even the Japanese Government. – Source

5. Ethiopia donated $5000 to earthquake victims in Mexico because Mexico supported Ethiopia when Italy invaded in 1935. – Source 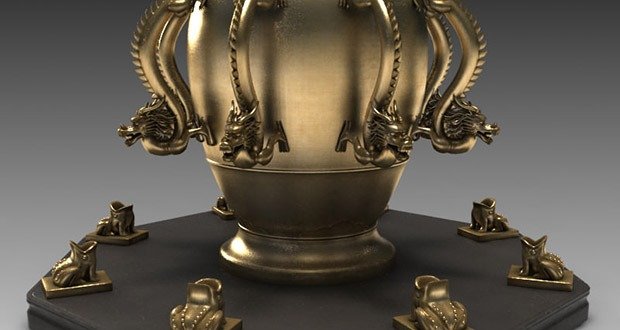 6. China is the birthplace of the seismograph. Built in 132 A.D., it consisted of 8 metal dragons holding 8 carved balls over 8 frogs. If an earthquake made the ground vibrate, the dragon facing the quake’s source would drop a ball into the mouth of its corresponding frog. – Source

7. The Colossus of Rhodes, one of the Seven Ancient Wonders of the World, stood for a mere 50 years before it was destroyed by an earthquake. Its ruins stood and attracted visitors for way longer than the original statue (reportedly hundreds of years) before it was finally recycled for scrap metal. – Source

9. A 5 year old child was sacrificed in Chile after the largest earthquake ever recorded (1960 Valdivia earthquake). The two charged were released after 2 years, as the judge ruled they “acted without free will, driven by an irresistible natural force of ancestral tradition.” – Source

10. Seattle fans cheered and celebrated so loudly during Marshawn Lynch’s 67 yard run in which he broke 9 tackles and scored the winning run that it registered earthquake activity on many nearby instruments. – Source 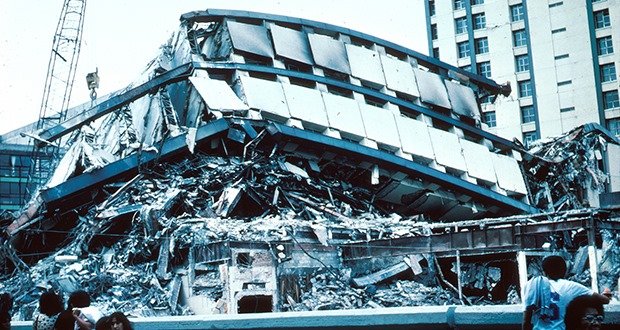 11. After an 8.0 magnitude earthquake hit Mexico City in 1985, nearly all newborn babies survived a collapsed hospital. They are known as “Miracle Babies” for surviving 7 days without nourishment, water, warmth or human contact. – Source

12. In 1916 German agents blew up a munitions depot in New Jersey. The explosion was so large that it could be compared to a 5.5 Richter scale earthquake. $100,000 in damage was done to the Statue of Liberty and people as far away as Maryland were woken up by what they thought was an earthquake. – Source

13. Hawaii’s largest-ever earthquake occurred in 1868, and the aftershocks are still being observed. – Source

14. In the great San Francisco earthquake of 1906, three men were caught alive on the roof of a hotel that was ablaze. Rather than see the men fall and be burned alive, a nearby military officer ordered his men to shoot them. – Source

15. In response to the rioting and looting that followed the San Francisco 1906 earthquake, Mayor Eugene Schmitz authorized federal troops and local officers to “kill any and all persons found engaging in looting or in the commission of any other crime.” – Source 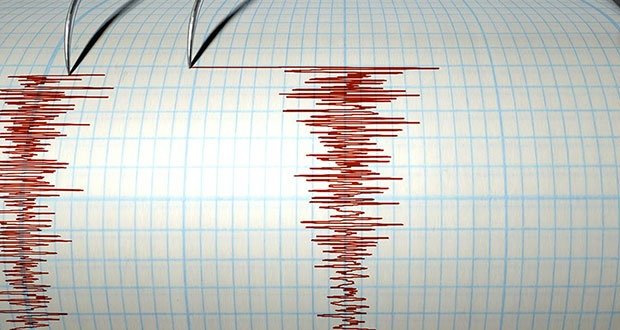 16. The Richter Scale doesn’t stop at 10.0 and the that asteroid that killed the dinosaurs was equivalent in energy release to a 13.0 earthquake. – Source

17. There’s a 37% chance that the Cascadia fault will produce an earthquake within in the next 50 years powerful enough to destroy the Pacific NW. – Source

18. In 1994, when the Northridge earthquake knocked out the power in Los Angeles, people contacted authorities and observatories wondering what the strange bright lights (stars) in the sky were. – Source

19. Hundreds of schools collapsed during the 2008 Sichuan earthquake, killing more than 5000 students. Instead of conducting investigations into the companies responsible, the government threatened and arrested the grieving parents protesting against the death of their children – Source

20. Microsoft employees continued working through an earthquake in 2001 despite alarms and flashing lights, until they received an on-screen message saying “Alarms going off! Please evacuate the building! Have a Wonderful Day!” – Source 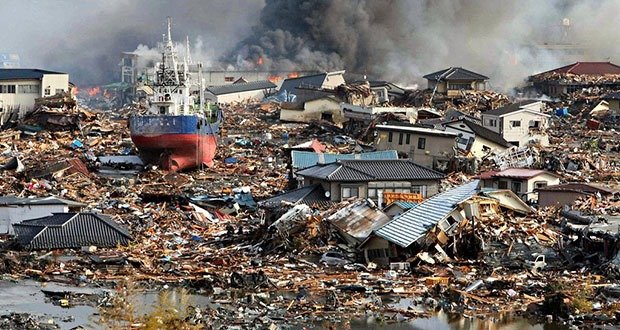 21. In the 2011 Tohoku Earthquake, residents of Sendai received 10-30 seconds and Tokyo 60 seconds warning from Japan’s Earthquake Early Warning (EEW) system before the major seismic waves hit. Alerts were pushed to cellphones, TV broadcasts and web pages around the country. – Source

22. The 1556 Shaanxi earthquake is considered by scientists the greatest natural disaster in human history with 830,000 deaths. – Source

23. Inca architecture was built to be earthquake resistant. Inca masonry is effective in withstanding even major tremors. – Source

24. The 1964 earthquake in Alaska was so big that water sloshed in wells in Africa. – Source

25. If a person is being crushed for hours (e.g. by earthquake debris), they should not be removed too quickly. Otherwise toxins from dying muscles may flood their bloodstream and kill them. – Source