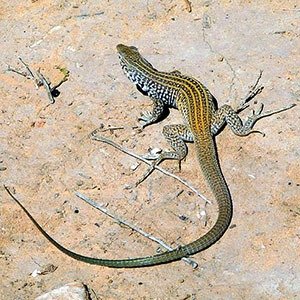 1. The whiptail lizard from Mexico and the U.S. Southwest is an all-female species. The males have gone completely extinct. These lizards manage to produce well-bred offspring without the aid of male fertilization. They’re not hermaphroditic. The females actually lay and hatch from unfertilized eggs. – Source

2. California’s official state animal, the Californian grizzly bear is extinct. Settlers killed most of them as the grizzlies killed livestock. Mexican caballeros roped grizzlies, dragging them into doomed public battles with wild bulls. The modern stock market got its “bear” and “bull” nicknames based on the fighting styles of the two animals. The bear swipes downward while the bull hooks upward. . The last hunted Californian grizzly was shot in Tulare County, California in August 1922. – Source

3. By the time the last mammoth became extinct, the Great Pyramid of Giza was over 1000 years old. One tiny population of mammoths endured on isolated Wrangel Island in far eastern Siberia until 1650 BCE. It is still unclear what caused their extinction on the island.- Source

4. Pubic lice, small crab-shaped insects which suck on the blood of hosts that most often make their home in pubic hair, have been with humans for thousands of years. However they are going extinct because their natural habitats are being destroyed in the past decade since the style of grooming known as a Brazilian wax has gained popularity. – Source

5. Gigantopithecus blacki is an extinct genus of ape, which stood up to 3 meters tall, weighed as much as 540 kg and have existed from perhaps nine million years to as recently as one hundred thousand years ago. They were actually contemporary with modern humans for tens of thousands of years. – Source 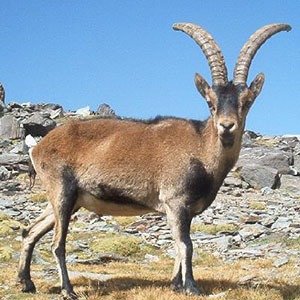 6. The Pyrenean ibex is the only species ever to become ‘un-extinct’ after being cloned in 2009. Unfortunately though, the clone lived only for seven minutes and was extinct once again. – Source

7. The mythological Cyclops most possibly originated from natives from Mediterranean islands finding the prehistoric remains of extinct dwarf elephants. The skull of these dwarf elephants was only twice the size of humans and their central nasal cavity was easily mistaken for a central eye socket. – Source

8. The last Great Auk (the extinct penguin of the Northern Hemisphere) seen in the UK was caught and killed by three men from St Kilda. The men tied the auk up and kept it alive for 3 days. On the third day, a large storm hit the area and the men believed that the auk was a witch and caused the storm. They proceeded to kill the bird by beating it with a stick. – Source

9. The Dodo bird which has been long extinct was actually a giant pigeon. It was endemic to the island of Mauritius. It grew and lost its ability to fly due to Island Gigantism. It was first discovered by Dutch sailors. The word dodo loosely translates to “fat-arse” in Dutch. – Source

10. Castoroides, also known as giant beavers used to roam North America during the last ice age. They were about 8 feet tall and weighed 130-220 pounds, about the size of a modern black bear – Source 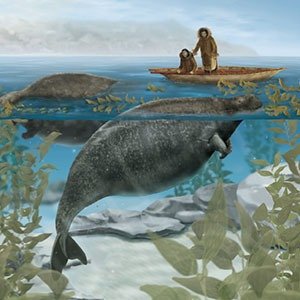 11. Steller’s Sea Cows were 30-ft-long Manatees and weighed perhaps 10 metric tons. It was discovered by a German naturalist in 1741. They were hunted to supply Russian seal hunters with prized meat on long sea journeys. Within 27 years of being found, they were extinct. – Source

12. The direwolf actually existed, but went extinct 10,000 years ago. Their extinction has been related to their inability to compete for prey against faster wolves, making them scavengers. – Source

13. An extinct bird called Rodrigues Solitaire had strange knob-like balls on its wings. These balls were used by the bird as a deadly weapon to defend its territory and its mate. There were even reports that it made a sound like thunder. – Source

15. The extinct American cheetah could be the reason pronghorns run so fast today. – Source 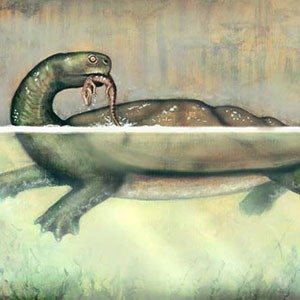 16. In 2012, remains of an enormous turtle, which was the size of a Smart Car, was unearthed in a Colombian coal mine. This gigantic turtle appeared 5 million years after dinosaurs went extinct. This prehistoric turtle had massive, powerful jaws that would have enabled it to eat anything nearby, from mollusks to smaller turtles or even crocodiles. – Source

17. The African continent had a native species of bear known as the “The Atlas Bear” which suffered great population decline due to the Roman Empire’s demand for animals for gladiatorial events. The animal was hunted into extinction by the 1870s. – Source

18. All the domestic cattle today have descended from a single group of 80 Aurochs (a type of cattle hunted to extinction by early humans). – Source

19. All life on Earth today is descended from the 4% of species that survived the Permian mass extinction, which occurred 248 million years ago. – Source

20. There was a breed of dog called the Turnspit Dog or Kitchen Dog that was bred by humans specifically to run on a wheel which turned the spit to cook the meat over open flame. It is now extinct. – Source 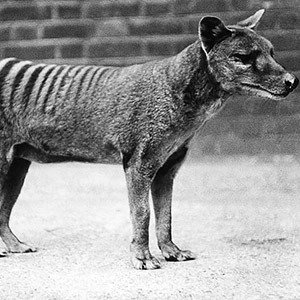 21. Following the extinction of the Tasmanian tiger in 1936, Tasmanian Devils are the largest carnivorous marsupial now on earth

22. There were two species of frogs called Gastric-brooding frogs that swallowed its eggs, converted its stomach into a womb, and gave birth through its mouth. It went extinct in the mid-1980s. Scientists are trying to resurrect it.- Source

23. The passenger pigeon went from one of the most abundant animals in the world, with flocks that would blacken the sky, to extinct in a little more than a century. – Source

25. “The first animal to evolve vision was the trilobite, a distant extinct relative of spiders and shrimps.”- Source