Here are 25 Interesting Facts About Guardians of the Galaxy.

1-5 Interesting Facts About Guardians of the Galaxy 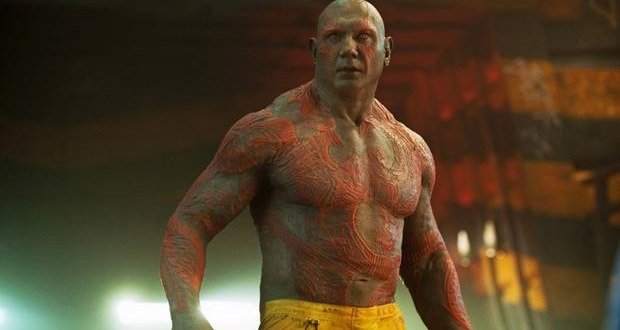 1. When Dave Bautista found out he got the role of Drax the Destroyer, he broke down in tears, overjoyed at getting a Marvel comic-book role. He immediately signed up for extra acting classes in order to prepare for the role.

2. The soundtrack album “Awesome Mix, Vol. 1” reached number one on the US Billboard 200 chart, the first film soundtrack ever to reach number one without a single original song. It was also nominated at the 2015 GRAMMY Awards for Best Soundtrack.

3. Vin Diesel recorded all his lines in several different languages, including Russian, Mandarin, Spanish, Portuguese, German and French so that they could use his real voice in the film around the world.

5. According to James Gunn, Star-Lord’s obscene gesture was an improvisation by Chris Pratt.

6-10 Interesting Facts About Guardians of the Galaxy 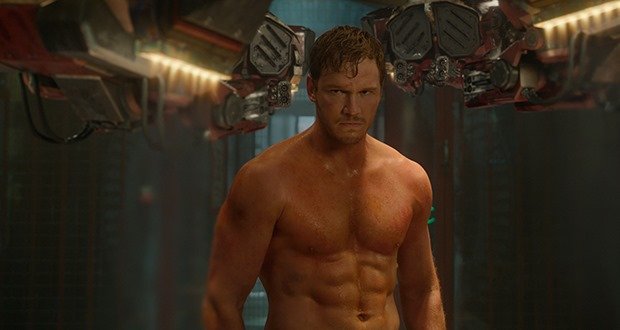 6. James Gunn stated that Chris Pratt’s audition was so good, he was prepared to offer him the role even if Pratt did not lose weight or get in shape in time. Gunn joked that he was willing to CGI a six pack on Pratt’s body. However, Pratt asked Gunn to give him 6 months to lose 50 pounds and he ended up losing 60 pounds.

7. When arrested, Rocket’s attributes list his known associates: Groot and Lylla. Lady Lylla is a Sentient Otter and soul mate to Rocket in the Marvel Universe.

8. Star-Lord’s line, “If I had a blacklight, this place would look like a Jackson Pollock painting,” was ad-libbed by Chris Pratt.

9. Director James Gunn has confirmed, via Twitter, that Peter Quill’s ship in the film is named The Milano after Alyssa Milano, Peter Quill’s childhood crush.

10. It took the makeup artists five hours daily to do makeup and apply 18 prosthetic tattoo pieces onto Dave Bautista. Chris Pratt revealed that during the process, Bautista stood the entire time, with hands holding onto rails which had tennis balls on them, with no complaints whatsoever. Eventually, the process was narrowed down to an average of 3 hours, while 90 minutes were required to remove the makeup.

11-15 Interesting Facts About Guardians of the Galaxy 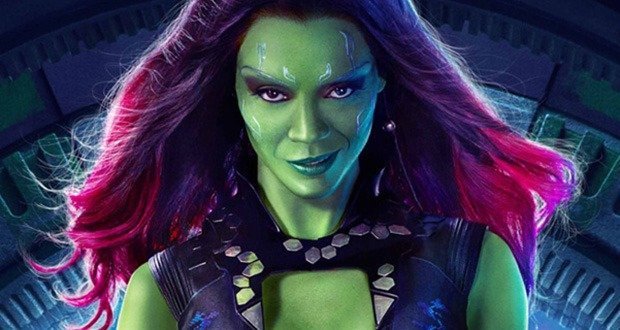 11. Zoe Saldana nearly broke Chris Pratt’s ribs while filming a fight sequence. During training, Pratt and Saldana would wear protective gear so they could actually hit each other. However, when the day came to film the scene, Pratt forgot to wear his protective gear and did not tell Saldana because he thought she would hold back if she knew. Saldana (under the impression he was wearing the gear like he usually did) kicked him square in the ribs, which made Pratt fall to the ground. According to Pratt, he had a bruise for the remainder of filming.

12. Prior to release, Bill Mantlo, the comic book writer who created Rocket Raccoon and has been permanently Hospitalized due to the severity of a crippling traffic accident in 1992, was granted a private screening by Marvel Entertainment and Walt Disney Pictures. According to his brother, Michael Mantlo, Bill was pleased with the adaptation (which credits him by name as the character’s creator) and considered the occasion a happy day for himself and his family.

13. The scene where Peter drops the orb during the Collector scene was also not scripted. According to the commentary, Chris Pratt accidentally dropped the orb during filming but remained in character through the whole thing so it stayed in the final film.

14. The cassette player used by Peter Quill was the Sony TPS-L2. It was the first personal cassette player released in 1979. It was originally called the “Soundabout”, then changed to “Walkman.”

15. Iron Man was planned to have a cameo role in this film (in homage to his being the Guardians’ latest member in the comics around 2013), but this was scrapped when Robert Downey Jr. said he may not reprise his role as Tony Stark in the future. Downey has since signed a contract to reprise the role for two ‘Avengers’ sequels.

16-20 Interesting Facts About Guardians of the Galaxy 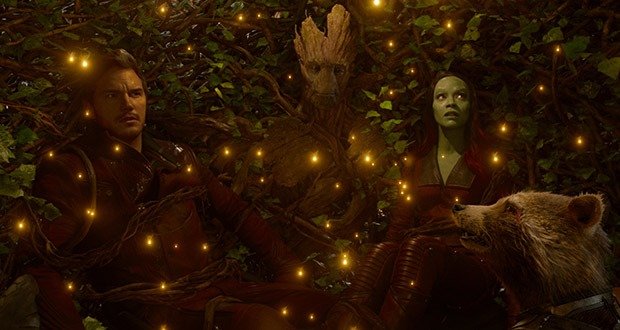 16. Drax’s comment about Groot’s ability to release “fireflies”, “When did you learn to do that?” is an inside joke, as Groot has never shown this ability in the comic books.

17. Djimon Hounsou auditioned for the role of Drax and Lee Pace auditioned for Peter Quill/Star Lord. Both were later cast as the villains. Hounsou said that after he saw Dave Bautista and how ripped he was, he knew why he wasn’t cast and admitted that Bautista was the perfect choice for the role.

18. Chris Pratt went on a very strict training regimen and diet for 6 months and dropped 60 pounds, eventually getting a six pack for his shirtless scenes. Chris Pratt said it was a lot of hard work, almost ‘torturous’, but when he was filming his shirtless scenes and saw the playback on the monitor, he felt the effort was well worth it and was “extremely excited to see the best possible physical version of himself.”

19. Chris Pratt and Dave Bautista spent two and a half months training and rehearsing for their fight scene. On the Friday night before the Monday that they were scheduled to film the scene, director James Gunn decided that the fight wouldn’t work on camera, so he scrapped the entire fight sequence they had been practicing. Gunn also decided he wanted the entire fight to be filmed in one long shot with no cuts. As a result, Pratt and Bautista only had a few hours to learn the choreography for the fight sequence, which is in the movie. According to Bautista, it took them 22 takes to get it right on film.

20. Benicio Del Toro’s uncredited cameo as The Collector in Thor: The Dark World (2013) was written to set the stage for the film.

21-25 Interesting Facts About Guardians of the Galaxy 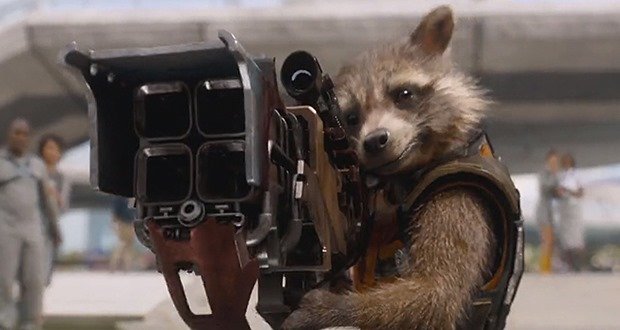 21. According to the filmmakers, Rocket Raccoon in this film is a unique product of experimentation: “He’s a little animal who was taken and experimented on and pulled apart and put back together again and implanted with cybernetics and he’s half-machine and half-raccoon. And he’s a gnarled, miserable, angry creature because there’s nothing else like him. And that’s something not easy to be.”

22. The Collector’s residence in the film is the space station Knowhere. In the comics, Knowhere is the base of the Guardians of the Galaxy.

23. Yondu’s primary weapon is a sentient arrow. In the comics, Yondu was an archer.

24. Bradley Cooper claimed to Howard Stern that he was paid more for voicing Rocket in this movie than for starring in Silver Linings Playbook (2012) and The Hangover (2009) combined.

25. The Guardians of the Galaxy is primarily based on the 2008 comic team (Star-Lord, Gamora, Drax, Rocket Raccoon and Groot), but features Yondu, a member of the original 1969 comic team, as an ally.