Here are 25 Interesting Facts About Man of Steel.

1-5 Interesting Facts About Man of Steel 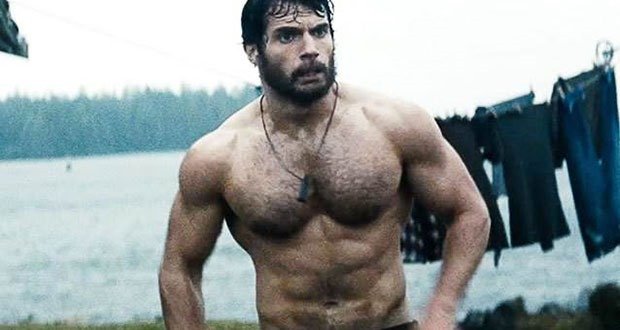 1. Henry Cavill refused to take steroids to muscle up for the role. He also refused any digital touch-ups or enhancement to his body in his shirtless scenes. He said it would have been dishonest of him to use trickery while playing Superman and he wanted to push his body to the limits to develop his physique into one that was worthy of the character.

2. Henry Cavill said that the most difficult part of making the movie was definitely his two shirtless scenes. He had been training for months prior to filming began but for his shirtless scenes, he specially went on extremely difficult calorie restriction diet and training regimen that cut his calorie intake from 5000 to near 1500 for 6 weeks. After 6 weeks he reached a body fat level of just 7% which is the level achieved by professional body-builders during competitions. Henry said this was done because he wanted to make his abs as pronounced and his muscles as defined as humanly possible to create the best possible Superman physique. Cavill returned to a more manageable routine after the scenes were shot but felt his effort was rewarded when audiences and critics alike praised his physique for the true embodiment of what Superman would look like. After he had shot his shirtless scenes, director Zack Snyder gave him a tub of ice cream and pizza to reward him for his Herculean effort for the shirtless scenes.

3. Henry Cavill naturally has a hairy chest and left it untouched for the shoot of this movie. He insisted that Superman has chest hair in this film. He rejected the notion that just because you are muscular, you should not have chest hair and cited the Superman comic book “The Death Of Superman” as being an iconic representation in which Superman had a hairy chest.

4. The idea that Superman’s S-Shield means “hope” is taken from Mark Waid’s “Superman: Birthright” comic: the S-Shield is the Kryptonian symbol for “hope”, and Superman (1978) created the concept of the Shield being a Kryptonian herald for the house of El.

6-10 Interesting Facts About Man of Steel 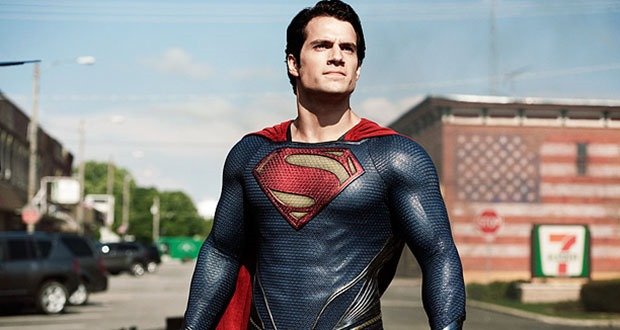 6. Director Zack Snyder said that he really wanted to include a shirtless scene of star Henry Cavill in the film because throughout the film, you see him in a form-fitting body suit where he appears extremely muscular. He said the audience would think it was all rubber muscles, but it was important to show them it was indeed Cavill’s body in that suit and that it was all real.

7. In an early Smallville scene near the Kent house, a double tanker truck passing by in the background bears the “Lexcorp” brand name. Also, a building in Metropolis and a tanker truck later bear the name as well. This is the company run by Superman’s arch rival, Lex Luthor.

8. Henry Cavill and Russell Crowe had met years prior to playing father and son when Henry was an extra in Proof of Life (2000) and received words of encouragement to pursue acting and an autographed picture from Crowe, who was his favorite actor.

9. Ben Affleck turned down directing the film because he wasn’t experienced in visual effects shots: “A lesson I’ve learned is to not look at movies based on budget, how much they’ll spend on effects or where they will shoot. Story is what’s important.” He is now as Batman in the sequel Batman v Superman: Dawn of Justice, which is being directed by Zack Snyder.

10. Henry Cavill embarked on a special four-month training regimen by his trainer Mark Twight to get the appropriate physique for his roles as Kal-El. He gained weight by drinking 5 1000-calorie protein shakes a day, then he did cardiovascular workouts to burn away the fat and build muscle, and finally he underwent a grueling two-hour workout to build up his muscles and abdomen. According to Cavill, the real problem he faced was the workout’s intensity: “Mark based his technique on going beyond yourself. Instead of slowing down towards the end of the workout, he asked me to actually work harder and harder for the body to reach its limits. His point was that if his client is able to walk out of the gym, he had not worked hard enough…”

11-15 Interesting Facts About Man of Steel

11. According to Zack Snyder, the filmmakers outfitted Henry Cavill in the Superman (1978) costume to see how well he fit the role. Despite the outfit bearing a lighter blue color and red trunks, no one laughed at Cavill. Snyder knew then that Cavill was right for the role.

12. When Clark is first learning to fly, he is only able to make a few gigantic bounds. In the first few Superman comics in 1938-9, he was not able to fly but could only leap 1/8 of a mile like a high-powered kangaroo. The first cartoons and movies decided that this looked undignified, and made him fly which looks more majestic, even though physics give no logical reason for him to have this ability.

13. This is Amy Adams’s third time auditioning for Lois Lane. She first read for Lois Lane in Brett Ratner’s abandoned film, then for Superman Returns (2006). Adams has stated that it became ridiculous and this time she had to play Lois and put her stamp on it.

14. Costume designer Michael Wilkinson said that while the Superman suit emphasized and highlighted Henry Cavill’s muscular physique, for the scenes where he is playing Clark Kent, they tried to hide his physique by giving him layers of clothing and baggy clothes so that he could blend in more. Only in one scene does Clark wear a form-fitting T shirt which reveals that he is powerfully built, but that is when he is with Martha who knows his identity.

15. Superman’s Kryptonian family name El is one of the Hebrew names for God, one of many savior allusions in the character’s mythos. This comes from the original comic writers Jerry Siegel and Joe Schuster, who, being Jewish, would have been familiar with this trivia as part of their cultural heritage.

16-20 Interesting Facts About Man of Steel 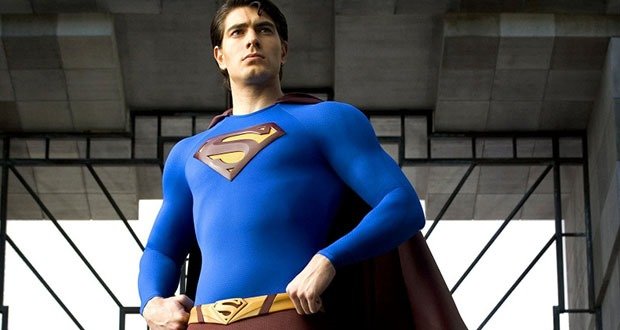 16. Both director Bryan Singer and actor Brandon Routh expressed interest in reprising their positions from Superman Returns (2006) on this film; Singer had originally outlined several sequels to follow his story, and Routh was contracted as well. When Warner Bros. announced this film as a “clean reboot” from Singer’s film, Routh still expressed interest in returning before Zack Snyder declared that this movie would have no ties to any previous cinematic incarnation of the character.

17. When Clark talks to Father Leone, there is a stained-glass window behind him, which contains a painting of Christ in the garden of Gethsemane. This was where Christ prayed for strength to undergo the ordeal he will face, and parallels Clark’s own need for support before his surrender.

18. The visual effects team described the Kryptonian computer displays as liquid geometry: “It’s a bunch of silver beads suspended through a magnetic field; the machine is able to control that magnetic field so that the collection of beads behave like 3D pixels, and create a surface that floats in the air and describes whatever the thing is you’re supposed to be seeing.”

19. Director Zack Snyder originally planned for the infamous red trunks that Superman has worn throughout his 75 year existence to be part of the suit in the movie. However, when looking over 1,500 different designs, he said that it just didn’t work, so he decided to take them out.

20. The tornado scene stirred some controversy with the National Weather Service as overpasses are not considered to be safe shelters in the event of a tornado due to the wind funneling effect increasing the likelihood of being struck by debris. In 1991, many thought overpasses were safe after a highly publicized video of a TV film crew and several others taking shelter under an overpass during a tornado near El Dorado, KS survived, although the overpass did not take a direct hit. However, in 1999 during the deadly Moore/Bridge Creek, OK EF-5 tornado, several people were killed seeking shelter in overpasses prompting the NWS and other weather agencies to proclaim them as unsafe. Ironically, the Moore, OK area got hit by another deadly tornado about a month before the theatrical release of “Man Of Steel” prompting Zach Snyder to consider removing the tornado scene from the movie, although he ultimately kept it as Superman would have had to deal with all manners of disasters and tragedies.

21-25 Interesting Facts About Man of Steel 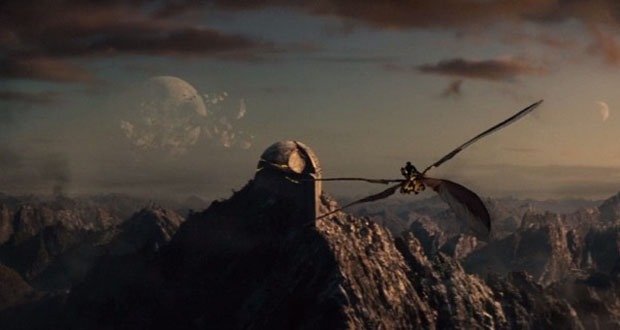 21. When Jor-El escapes the Council, there is a shattered moon can be seen in the sky. This is Wegthor, a moon of Krypton which, according to the comics, was destroyed when a warhead was accidentally launched, leading to Kryptonian space flight/colonization being abandoned (brought up by Jor-El’s hologram to his son).

22. Clark Kent is only referred to as “Superman” once in the entire film. In the comics, government agents (known classically as “G-Men”) would refer to him in code over transmissions as “the S-Man.”

23. The majority of the action scenes use a CGI cape for Superman and a CGI armor for the other Kryptonians.

24. In the final fight scene between General Zod and Superman, Bruce Wayne’s logo and company name (Wayne Financial) can be seen on the satellite that is destroyed during combat.

25. Along with multiple images and lines alluding to the savior-like nature of Superman, he tells Dr. Hamilton that he’s been on Earth for 33 years, which is generally accepted as the age of Jesus Christ when he was crucified.