Here is part 8 of Interesting Facts About Marvel Universe. 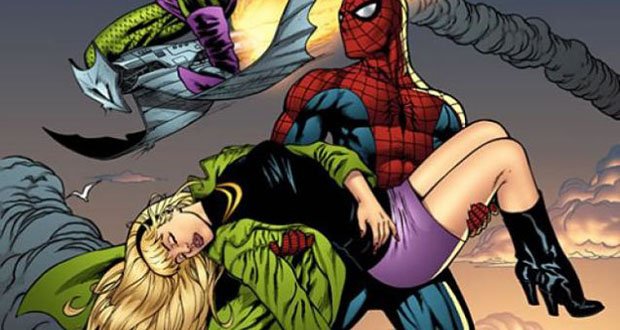 1. After the 1973 storyline, “The Night Gwen Stacy Died,” premiered in ‘The Amazing Spider-Man’ comics, Stan Lee promoted his intention to bring her character back soon after. Forty years later, the character has yet to return in Marvel’s main continuity (aside from failed clones), as her death is regarded as one of the most significant moments in Marvel’s history. – Source

3. In Marvel’s mainstream comic’s continuity, Pepper Potts conceives a child with Happy Hogan, but she suffers a miscarriage after being assaulted by Iron Man’s enemies. – Source

4. The original ending for ‘Iron Man 3’ featured Trevor Slattery (the false Mandarin) injecting himself with Extremis and exploding doing it incorrectly. – Source

5. The initial origin of Spider-Woman revealed her to be an actual spider that evolved into a super-powered human being. – Source 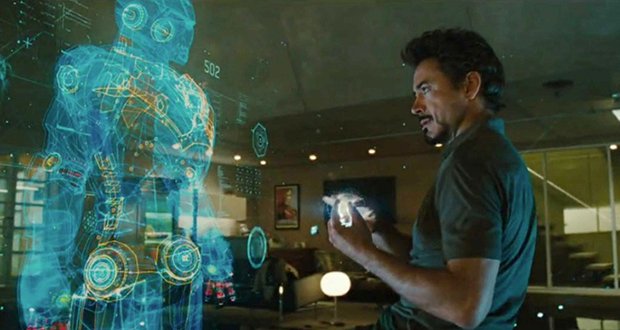 6. SpaceX founder Elon Musk created a program that allows one to design rocket parts with only hand movements in the air. He confirmed on Twitter that he was inspired by the technology in the ‘Iron Man’ film series. – Source

8. The ‘X-Men’ comic series was originally considered a second-tier title by Marvel, and was even cancelled in 1969. The series didn’t gain popularity until after it was rebooted in 1976, featuring a mostly new team that included Storm and Wolverine. – Source

9. On Earth 3490 of the Marvel multi-verse, Tony Stark was born a female named Natasha Stark and becomes the Iron Woman when she grows up. Stark ultimately marries Steve Rogers, which prevents the Superhero Registration Program and Civil War. – Source

10. In the early ‘Thor’ comics, if Thor ever let go of his warhammer Mjolnir for more than 60 seconds, he would lose all of his powers and revert into a human. – Source 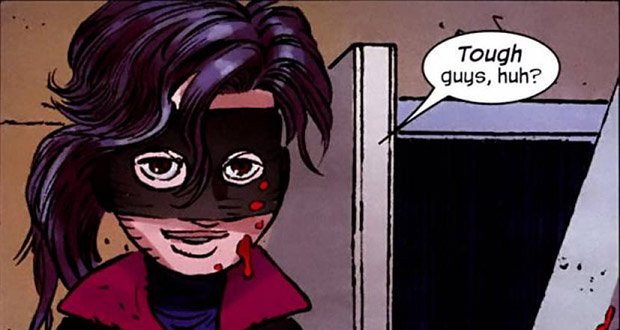 11. Mark Millar’s original intent was for Hit-Girl to be the main character of what became ‘Kick-Ass,’ but decided her traits were far too cartoonish to balance the emotional weight of the comic. Thus he created and focused the story around, Kick-Ass. – Source

12. According to the 2010 Marvel comic series ‘S.H.I.E.L.D.’, the secret organization began in ancient Egypt as the Brotherhood of the Shield, and over time, has included members such as Issac Newton and Leonardo da Vinci. – Source

14. Marvel has used the “death” of Bucky Barnes as a canon excuse for why the company has virtually no young sidekicks, as no responsible hero wants to endanger a minor in similar fashion as Captain America did during WWII. – Source

15. Doctor Strange in the Ultimate Universe was killed when the demon Dormammu wrapped his cape around his neck, cutting off his air and causing his head to explode. – Source 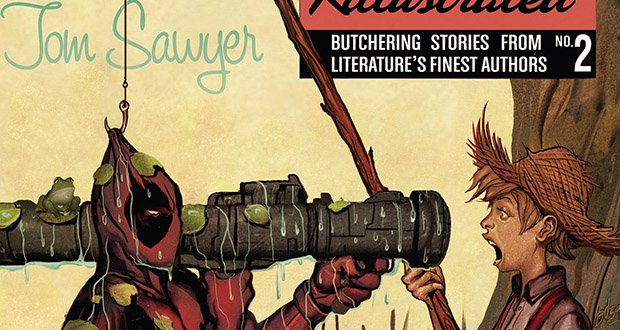 16. Marvel recently published a non-canon mini-series titled “Deadpool Killustrated,” in which the Merc with the Mouth hunts down and kills character from literary classics such as ‘The Little Mermaid,’ ‘Christmas Carol,’ and ‘Sherlock Holmes.’ – Source

17. Due to FOX’s strict censorship of violence in cartoons of the 1990s, Spider-Man only threw three punches in the entire four-year run of ‘Spider-Man: The Animated Series.’ – Source

18. Some of the sound effect used for Tony Stark’s armor in the ‘Iron Man’ film series originate from 8-bit video games, such as the cannon fire from ‘Space Invaders’ being used as JARVIS’ target lock. – Source

19. ‘Thor’ was originally planned to be a made-for-television film set to air on UPN, starring professional wrestler Tyler Mane. – Source

20. The very first draft of the ‘Iron Man’ film script revealed that Tony Stark built mechanical tentacles for a scientist in New York, a reference to the ‘Spider-Man’ villain Doctor Octopus. – Source 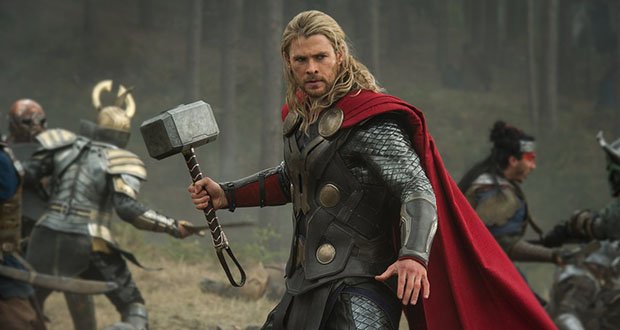 21. Chris Hemsworth was originally rejected for the part of the title character early on in the casting process for the 2011 ‘Thor’ movie. He was reconsidered only after his younger brother Liam was nixed further along in the process. – Source

22. Due to his status as ruler of Latveria, Doctor Doom has diplomatic immunity in America, despite being one of the most villainous characters in the Marvel universe. This once resulted in Captain America acting as Doom’s bodyguard whilst he visited to the United States. – Source

23. Due to an artist’s error, Jean Grey appears completely naked in the 245th issue of Uncanny X-Men. – Source

24. Deadpool’s healing factor is much more powerful than that of Wolverine or the Hulk. While he can survive a nuclear blast, which Wolverine and the Hulk have also done, Deadpool can reattach his head after decapitation, live in the vacuum of space(though he still wears spacesuits to “look cool”), and claims he can survive being thrown into a supernova. – Source

25. While filming ‘The Avengers’ in Albuquerque, New Mexico, Samuel L. Jackson discovered ‘Breaking Bad’ was shooting in the studio across from his own set. He attempted to sneak into the background of a scene dressed as Nick Fury, but the producers caught him and refused his offer for a cameo. – Source