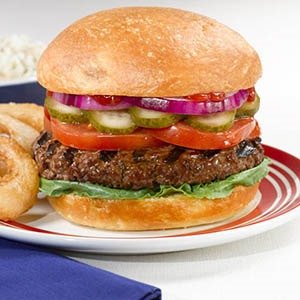 1. France is the only country where hamburger sales do not supersede that of other sandwiches, with ham and butter sandwiches (Parisien) being the most popular alternative. – Source

2. All meat in a Subway’s Cold Cut Combo sandwich (ham, salami and bologna) is actually made from turkey. – Source

3. 49% of American adults eat at least one sandwich on any given day, according to the CDC. The most common fillings are lettuce, mayonnaise, tomatoes, mustard, catsup, and ham. – Source

4. American soldiers in the Vietnam War so detested the “Ham & Lima Beans” ration, that it became deemed bad luck to say the ration’s proper name, opting instead to call it “Ham and moth*****kers.” – Source

5. The oldest ham in the world is 112 years old and is claimed to be still edible. – Source 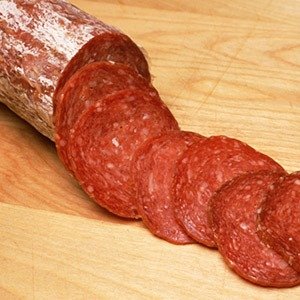 6. Pepperoni is an American food. In Italy, “peperoni” refers to bell peppers, and there is no Italian salami by that name. – Source

7. One of the first documented Internet purchases was a pepperoni pizza with mushrooms and extra cheese from Pizza Hut. – Source

8. There is a sausage restaurant in Regensburg, Germany which has been business for 900 years. This means they have been selling sausages well before the Inca Empire existed and are still serving 6,000 sausages a day. – Source

9. Otto von Bismarck challenged a rival politician to a duel, but backed out after learning that his opponent chose to fight with two pork sausages, one infected with roundworm. – Source

10. During the Sausage War between the Soviet Union and Finland, the Finnish were able to successfully counter attack and repel a Russian sneak attack after Russian soldiers ignored orders and stopped fighting to eat the thousands of sausages that the Finnish were cooking – Source 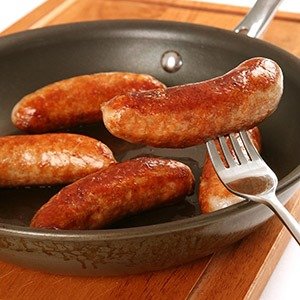 11. Germans were banned from eating sausages during WWI because intestines of 250,000 cows were needed to make each Zeppelin. – Source

14. The red juice seeping out of a perfectly cooked rare steak is not blood, but a mix of water and myoglobin. – Source

15. “Meat Glue” exists and it’s highly possible that the steaks you’re buying have been glued together from smaller steaks. – Source 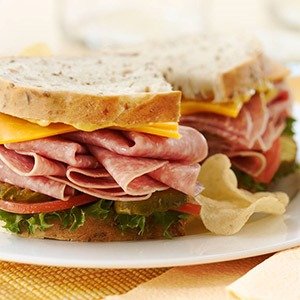 16. One of the greatest heists of $100 million in diamonds/jewelry was pulled off in 2003. This all came to an end, when a half-eaten salami sandwich was traced back to the leader of the team who pulled off the heist. – Source

17. Prior to Prohibition, saloons owned by the large breweries used to give patrons free lunches that consisted of salami, peanuts and other salty foods so that they would consume more alcohol. – Source

18. White casing on the outside of salami is an edible mold called penicillin that blocks other bacteria from entering the sausage. – Source

19. Calorie for calorie, raw spinach has almost as much protein as sirloin steak. – Source

20. The world’s longest TV commercial was an Arby’s ad that aired on a local Minnesota TV station and showed the entire smoking process of a beef brisket. Its duration was over 13 hours. – Source 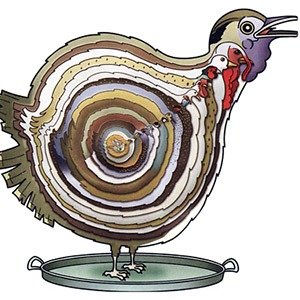 21. Nearly 200 years before turducken became popular, there was the Rôti Sans Pareil: a bustard stuffed with a turkey-goose-pheasant-chicken-duck-guineafowl-teal-woodcock-partridge-plover-lapwing-quail-thrush-lark-ortolan-bunting and garden warbler, the last being just big enough to hold an olive. – Source

22. Americans mostly eat white chicken meat and export the rest to Russia/Asia where dark meat is preferred, so most chickens get split in two and sent around the world. – Source

23. Almost all chickens eaten today come from the winner of the 1948 ‘Chicken of Tomorrow’ contest whose genetics now dominates poultry farms worldwide. – Source

25. “Uncured” bacon (and other normally cured meat) is actually cured. They just replace the sodium nitrate with celery powder, which naturally contains high amounts of nitrates, resulting in bacon which is in fact identical to “cured” bacon. – Source

How does Google Now, Siri and Cortana recognize the words a person is saying?