Here are 25 Interesting Facts About Prisoners. 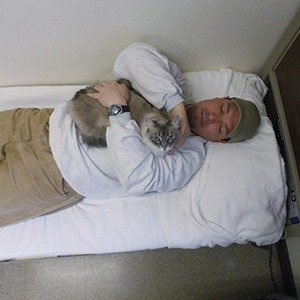 1. The Indiana State Prison started a cat program where inmates are allowed to adopt and keep a cat inside their cell. The cats are believed to improve the mood and temperament of prisoners and they also provide some hope behind bars. – Source

2. Texas no longer offers a special “last meal” to condemned inmates. Instead, the inmate is offered the same meal served to the rest of the unit. – Source

3. The Nazis forced roughly 90 Gypsies to drink only seawater while also depriving them of food. The Gypsies became so dehydrated that they reportedly licked floors after they had been mopped just to get a drop of fresh water. The experiments caused enormous pain and suffering and resulted in serious bodily injury. – Source

4. In 1987, a prison inmate named Ronnie Lee Gardner broke a glass partition and knocked out the lights in a visitation area to have sex with a woman who was visiting him. Fellow inmates cheered him on while barricading the doors. He claimed it was an accident. – Source

5. Alcatraz was once the only federal penitentiary in the U.S. that provided hot-water showers for its inmates, but the motivation was hardly humanitarian. Prisoners used to hot-water showers, the reasoning went, would find the frigid waters of San Francisco Bay almost impossible to withstand during an escape attempt. – Source 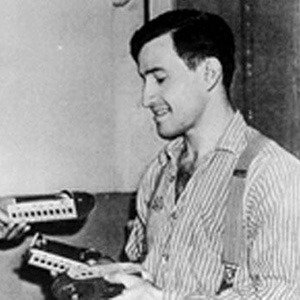 6. Joe Arridy was called the “the happiest prisoner on deathrow”. He was liked by both the prisoners and guards. He had an IQ of 46 and played with a toy train given to him by the prison Warden. Due to his lack of understanding, he was reported to have smiled while being taken to the gas chamber and was only momentarily nervous until the warden grabbed his hand and reassured him. – Source

7. There was a fire at Ohio Penitentiary in 1930 that killed 322 and seriously injured 150 inmates. Reports say that many guards refused to unlock cells when smoke entered the cell block and left the prisoners in their cells, although some did provide help. Some inmates overpowered a guard and took his keys, which they used to rescue other prisoners. However, a riot developed and firefighters arriving to fight the blaze were attacked with rocks. – Source

8. Guards at New Mexico State Penitentiary had a “snitch game.” to control uncooperative prisoners. Officers would simply label inmates who would not behave as informers, let them be abused, and wait for them to turn into informants to escape their tormentors. – Source

9. Timothy Leary, upon his arrival at prison in 1970 was given psychological tests used to assign inmates to appropriate work details. Having designed some of these tests himself (including the “Leary Interpersonal Behavior Test”), Leary answered them in such a way that he seemed to be a very conforming, conventional person with a great interest in forestry and gardening. As a result, he was assigned to work as a gardener in a lower-security prison from which he escaped in September 1970. – Source

10. In 1995, Robert Lee Brock, a Virginia prison inmate, decided to take a new approach to the legal system. After filing a number of unsuccessful lawsuits against the prison system, Brock sued himself. He claimed his civil rights and religious beliefs were violated when he allowed himself to get drunk. After all, it was inebriation that created his cycle of committing crimes and being incarcerated. He demanded $5 million from himself. However, since he didn’t earn an income behind bars, he felt the state should pay. Needless to say, the case was thrown out. – Source 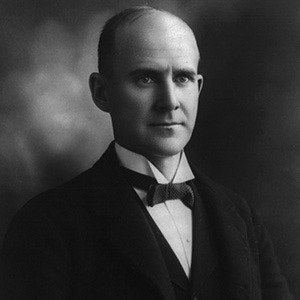 11. Eugene Debs was prison inmate in Atlanta, Georgia while he ran for president in the 1920 election. He received nearly one million votes. He was serving 10 years for a speech he gave in Ohio. – Source

12. Merle Haggard was an inmate in the audience when Johnny Cash played at San Quentin. The performance inspired him to take his talents more seriously upon his release. – Source

13. At a prison facility in Nuuk, Greenland some inmates reportedly hold the keys to their own cells (to afford them privacy), and others may leave the premises during the day to go to work or school. Perhaps surprisingly, inmates are even allowed to go hunting with rifles to shoot birds and seals.- Source

14. Private-enterprise prisons have recognized that providing inmates with cable television can be a more economical method to keep them quiet and subdued than it would be to hire more guards. – Source

15. Norway has a minimum security island-prison where inmates are almost free to do as they wish. The criminals interred there are among Norway’s worst, but it has the lowest rate of re-offending in Europe, if not the world. – Source 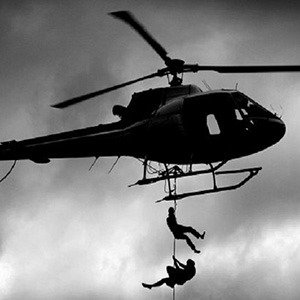 16. McIntosh, a convicted con man, managed to slip away from the minimum-security Federal Correctional Institution in California in 1986 during a transfer to another prison. He returned eight days later in a hijacked helicopter and whisked away his girlfriend, who was serving 50 years for bank robbery, as inmates cheered and whistled in a recreation yard. – Source

17. In 2010, two inmates simply walked out of the medium-security prison in northwestern Wisconsin by using fake prison release records. Staffers processed the paperwork and let the two go. One of those who escaped the state-run facility had as much as 50 years remaining on his sentence. The pair were nabbed just a day or two after being released. Based on a tip from another inmate, authorities caught the two when they reported to their probation agents. – Source

18. The last prisoner of war from the Second World War to be repatriated was a Hungarian soldier named Andras Toma, who was taken prisoner by the Red Army in 1944, then discovered living in a Russian psychiatric hospital in 2000. – Source

19. On August 5, 1944, one of the biggest jail-breaks in history involved hundreds of Japanese POWs attempting to escape an Australian prisoner camp. The Japanese considered the Australians weak because they treated the prisoners well. 234 of the Japanese were killed and another 108 wounded. – Source

20. In Japan, prisoners on death row are not told when they will be executed until a few hours’ notice before they are hanged, and relatives are not notified until the prisoners are already dead – Source 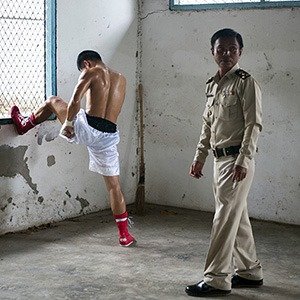 21. Thai prisoners are released early if they take part in special kick boxing matches against foreigners. Those who win will receive money and have the opportunity to meet with the warden and have their sentence reduced. The more fights they win, the more time is taken off. An inmate is also expected to display good behavior and personal development in addition to his fighting prowess. – Source

23. On March 10, 2011, Guinness World Records certified Japanese former boxer Iwao Hakamada as the world’s longest-held death row inmate for a 1966 mass murder that became known as the Hakamada Incident. He’s was in solitary confinement for 46 years. A 2008 DNA test suggested the blood on the clothing used as evidence did not match Hakamada’s. On March 27, 2014, Hakamada was released from prison. – Source

24. A California prison inmate managed to get two boxes of staples, a pencil sharpener, sharpener blades and three jumbo binder rings in his rectum, earning him the nickname “O.D.”—“Office Depot.” – Source

25. A prisoner inmate at Baltimore City Detention Center impregnated four women guards. He reportedly made $16,000 in one month off the smuggled contraband. – Source