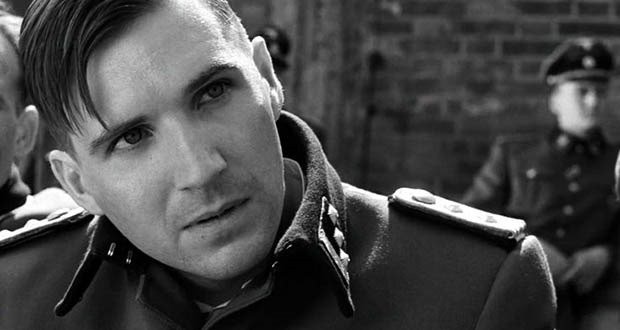 1. Ralph Fiennes put on 13kg by drinking Guinness for his role of Amon Goeth. Steven Spielberg cast him because of his “evil sexuality.”

2. Steven Spielberg was not paid for this film. He refused to accept a salary, citing that it would be “blood money.” Instead, he gave the money to the Shoah Foundation.

3. When survivor Mila Pfefferberg was introduced to Ralph Fiennes on the set, she began shaking uncontrollably, as he reminded her too much of the real Amon Goeth.

4. Steven Spielberg offered the job of director to Roman Polanski. Polanski turned it down because the subject was too personal. He had lived in the Krakow ghetto until the age of 8, when he escaped on the day of the liquidation. His mother later died at the Auschwitz concentration camp. After learning this, Spielberg immediately and repeatedly apologized for bringing up such a traumatic memory. Polanski would later direct his own film about the Holocaust, The Pianist (2002).

5. Director Steven Spielberg was able to get permission to film inside Auschwitz, but chose not to out of respect for the victims, so the scenes of the death camp were actually filmed outside the gates on a set constructed in a mirror image of the real location on the other side. 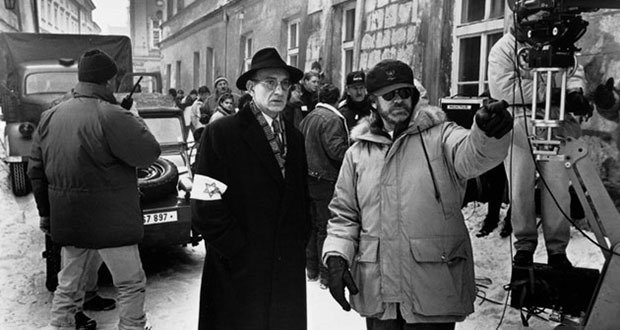 6. When Steven Spielberg first showed John Williams a cut of the film, Williams was so moved he had to take a walk outside for several minutes to collect himself. Upon his return, Williams told Spielberg he deserved a better composer. Spielberg replied, “I know, but they’re all dead.”

7. To gather costumes for 20,000 extras, the costume designer took out advertisements seeking clothes. As economic conditions were poor in Poland, many people were eager to sell clothing they still owned from the 1930s and ’40s.

8. The original missing list of Schindler’s Jews was found in a suitcase together with his written legacy hidden in the attic of Schindler’s flat in Hildesheim in 1999. Oskar Schindler stayed there during the last few months before his death in 1974.

9. Steven Spielberg’s resolve to make the film became complete when studio executives asked him why he didn’t simply make a donation of some sort rather than wasting everyone’s time and money on a depressing film.

10. Steven Spielberg refuses to autograph any materials related to this film. 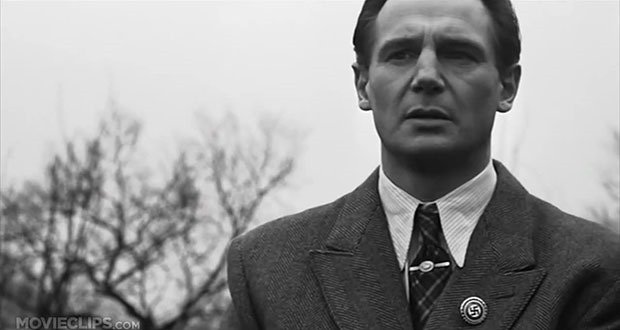 11. Months before he landed the title role, Liam Neeson had auditioned for Schindler but, assuming that he’d never get the part, accepted instead an offer to play opposite wife-to-be Natasha Richardson in a Broadway revival of Eugene O’Neill’s “Anna Christie” at New York’s Criterion Center in 1993. After a performance one evening, Neeson was in his dressing when a knock on the door announced the arrival of Steven Spielberg, wife Kate Capshaw and her mother. After Spielberg had introduced his wife and mother-in-law, Neeson hugged the older woman in a manner that stuck with Capshaw, who later commented to husband Steven, “That’s just what Oskar Schindler would have done.” Neeson received a call a week later from Spielberg with the offer of the lead role.

12. When the film was to be shown in the Philippines, the censors decided to cut out certain scenes of nudity and violence. When Steven Spielberg learned of this he wanted to pull the film out unless it was shown as it is. So Philippine President Fidel Ramos intervened and overruled the censors and the film was shown without any cuts.

13. It is said that, during the filming, the atmosphere was so grim and depressing that Steven Spielberg asked his friend Robin Williams if he could film some comedy sketches.

14. The most expensive black & white film to date. The previous record was held for over 30 years by another film set during World War II, The Longest Day (1962).

15. When Steven Spielberg returned to Cal State Long Beach to earn his BA 34 years after dropping out, his film professor accepted this movie in place of the short student film normally required to pass the class. This movie had already won Spielberg Golden Globes and Oscars for Best Director and Best Picture. 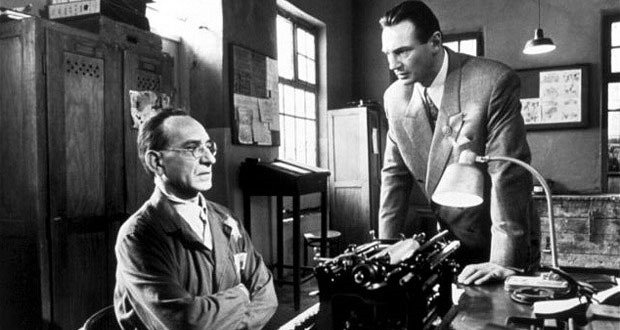 16. Though Oskar Schindler did in fact have a Jewish accountant named Itzhak Stern, his role is expanded in the movie, where he serves as a composite of several accountants Schindler had working for him.

17. The first published account of Oskar Schindler’s story was an article by Kurt R. Grossman, “The Humanitarian Who Cheated Adolf Hitler,” which appeared in the September 1959 issue of Coronet magazine.

18. As Schindler is given a tour of the camp, he passes a boy in prisoner’s clothing with his hands raised over his head and a sign hanging over him. It reads “jestem zlodziejem ziemniaków”, “I am a potato thief.”

19. Production designer Allan Starski’s replica of the forced labor camp at Plaszow was one of the largest sets ever built in Poland. The movie set was constructed from the plans of the original camp. The production built 34 barracks and seven watchtowers and also recreated the road into the camp that was paved with Jewish tombstones.

20. In real life, Oskar Schindler was not arrested for kissing the Jewish girl at his birthday party. He was arrested three times for dealings in the black market. 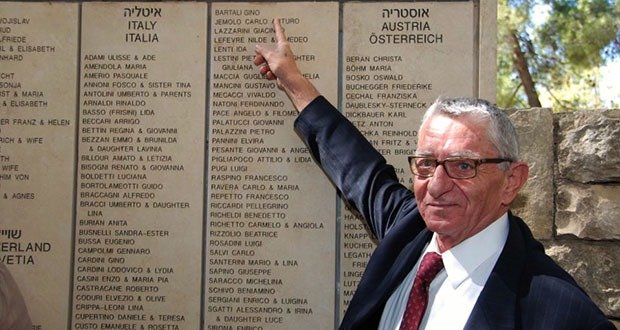 21. When Schindler berates Itzhak Stern for sending too many force-labor camp workers to his factory, Stern reminds him about Amon Goeth shooting 25 men from Bejski’s camp. The Bejski that Stern refers to is none other than Moshe Bejski – who eventually became Oskar Schindler’s document forger and later the Israeli Supreme Court Judge from 1979 to 1991. He is mentioned in the book. In the list, he is #531 on the men’s list and occupation was a draftsman.

22. Without adjusting for inflation, this is the highest-grossing black-and-white film of all time (taking in $96 million domestically and $321 million worldwide).

23. The film finally netted Steven Spielberg the Oscar for Best Director, something that had eluded him in the past.

24. The line “God forbid you ever get a taste for Jewish skirt. There is no future in it,” was spoken by Scherner, but in the original script was supposed to be spoken by Goeth. This is why in the next scene where Goeth says “When I said they didn’t have a future I didn’t mean tomorrow” doesn’t really make any sense since he didn’t say the line.

25. The extras were not all of Jewish decedent, but Germans also. Most extras volunteered without being paid to be part of the movie.

Advice: Now that CISA has passed, here are tips to protect your Privacy, Anonymity, and Security