Here are 25 Interesting Facts About Star Wars: Episode II – Attack of the Clones (2002).

1-5 Interesting Facts About Attack of the Clones 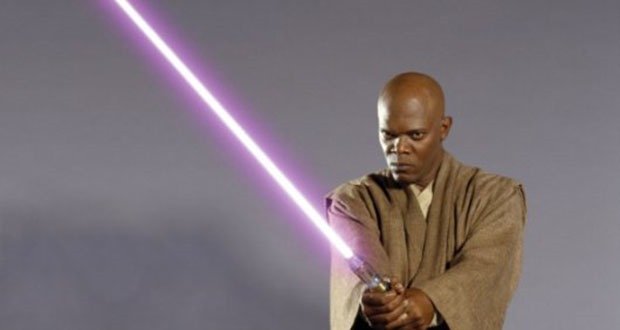 1. Samuel L. Jackson has said that the words “Bad mother-f*cker” are engraved on the hilt of his lightsaber.

2. According to George Lucas, Obi-Wan’s hiding in Geonosis’ asteroid field teaches young Boba Fett a lesson that he uses to his advantage during adulthood. Having learned how Obi-Wan hid from him and his father, Boba Fett knows the trick Han Solo is using to hide in Star Wars: Episode V – The Empire Strikes Back (1980) and is able to find him.

3. When Anakin is slaughtering the Tusken Raiders, Qui-Gon’s voice can be heard in the background. This is no accident. According to Star Wars canon, Qui-Gon’s Force-Ghost tried to stop Anakin’s rage, but failed.

4. Just before Anakin goes to search for his mother on Tatooine, he has a conversation with Senator Amidala. The camera pans to their shadows as they talk, and Anakin’s resembles that of Darth Vader. According to the DVD commentary, the Vader-like shadow that Anakin casts was not a special effect but a coincidence.

5. When Jango Fett gets into his ship after his fight with Obi-Wan, he bangs his head on the partially open door. This was intentional, and is a reference to a famous goof from Star Wars: Episode IV – A New Hope (1977), where a storm trooper accidentally bangs his head on a door.

6-10 Interesting Facts About Attack of the Clones 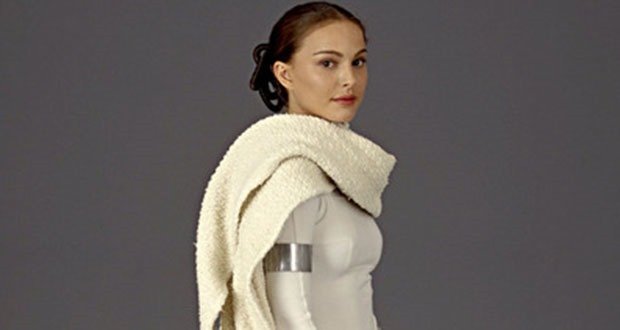 7. According to Star Wars canon, the Tusken Raiders who kidnapped Shmi Skywalker were paid to do so by Count Dooku. Dooku had done this on orders from his master, Darth Sidious.

8. There is no mystical significance in the color of Mace Windu’s light saber. Samuel L. Jackson, after a jokey conversation with stunt coordinator Nick Gillard, asked George Lucas if he could have a purple light saber to match his favorite color, and George Lucas agreed. In an interview on UK TV, Jackson said he “thought it would be cool.”

9. During rehearsals and filming of Count Dooku’s lightsaber battle scenes, a small model of Yoda was used as a reference point for Christopher Lee. The model however was slightly altered to have vampire fangs, to which Lee’s amused response was “I will not comment on that. I didn’t think you would do this to me, George!” The fangs were likely a joke at Lee’s expense for his performance as Count Dracula in Dracula (1958) and several other Hammer Studios horror films.

10. The Senate votes to give the Supreme Chancellor sweeping emergency powers to go to war against the Separatist forces. This is the same ploy Adolf Hitler used to gain similar dictatorial power in mid-1930s Germany.

11-15 Interesting Facts About Attack of the Clones 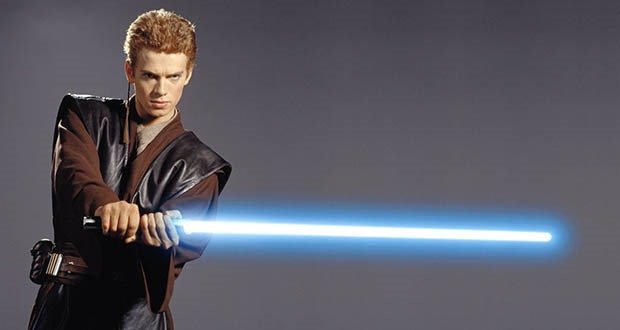 11. Like Ewan McGregor did in Star Wars: Episode I – The Phantom Menace (1999), Hayden Christensen made “lightsaber noises” the first time he was handed one in rehearsal. After chuckling at the young star’s antics, George Lucas informed him that they probably had people in Sound Effects who could do a better job in post-production.

12. Hayden Christensen became the only actor in any Star Wars movie who didn’t get to choose the design of his lightsaber. It had been a tradition, but Christensen was stuck using a saber of the same design but not exactly the same, that Obi-Wan gives Luke in Star Wars: Episode IV – A New Hope (1977).

13. A number of subtle visual clues were incorporated into the design of the shots to help audiences keep track of who’s who. The good guys – the Republic Clones Troopers – always move from screen right to screen left, while the Separatist Battle Droids moved from screen left to screen right. The sun is behind the clones, resulting in a gloomier sky behind the Separatists. Finally, the missile contrails were color-coded to denote allegiance: the Republic rockets leave clean white trails, while the villains launch missiles that leave noxious black/purplish exhaust.

14. The fight between Yoda and Dooku was envisioned quite differently. Originally, Yoda was to come in and immediately have the fight with Dooku, but many of the creative team felt that was too quick a transition for Yoda, and the audience needed to feel the power of good and evil going against each other, so George Lucas added in the preamble to the fight with the blue lightning and rock falls, because it showed how powerful Yoda was. The light saber battle was a culmination of all that energy. There was also footage shot of Dooku using either Obi-Wan’s or Anakin’s light saber in addition to his own against Yoda, but these moves did not make the final cut.

16-20 Interesting Facts About Attack of the Clones 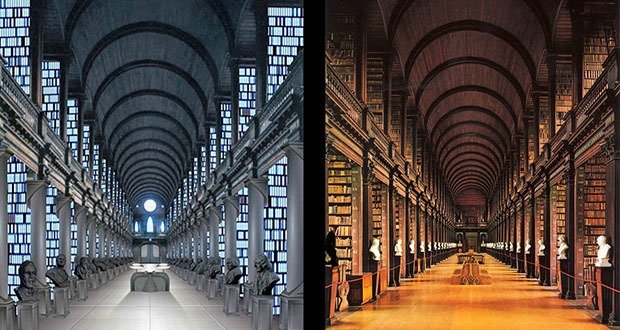 16. The Jedi Archives are modeled on the Trinity College library in Dublin, Ireland.

17. When Obi-Wan (Ewan McGregor) and Anakin (Hayden Christensen) enter the sports bar on Coruscant to search for the assassin Zam Wesell (Leeanna Walsman), several actors and crew members from the “Star Wars” movies can be spotted, including Ahmed Best, (voice of Jar Jar Binks) and Anthony Daniels (C-3P0). Also visible in the crowd are R2D2 handler Don Bies and his Droid team.

18. This is the first “Star Wars” film in which Yoda (Frank Oz) is entirely computer-generated.

19. Dex’s backstory was that he was a former mercenary and explorer. He and Obi-Wan had served together on a couple of missions.

21-25 Interesting Facts About Attack of the Clones 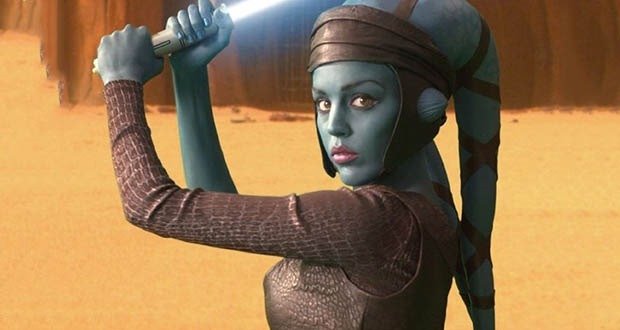 21. The character Aayla Secura, played by Amy Allen, was not created by George Lucas. Aayla Secura first appeared in the nineteenth issue of Dark Horse Comics’ “Star Wars: Republic” series (part one of “Star Wars: Twilight”). Lucas was so impressed with the character that he decided to have her in the film.

23. After making this film, Ewan McGregor appeared in Black Hawk Down (2001), which required him to be clean-shaved and to have an extremely close buzz cut. New scenes with Obi-Wan Kenobi were then added to this film in post-production. Since McGregor had not had enough time to regrow his hair or a full beard, he had to be fitted with a hairpiece and prosthetic beard, which is often easily distinguished from his natural hair, as it appears in the rest of the film. These scenes include the conversation between Obi-Wan and Anakin in the elevator; the exchange concerning the ‘changeling’ in the Outlander club; the Jedi temple talk between Obi-Wan, Mace and Yoda and his interrogation by Count Dooku.

24. The death-sticks that the pusher tries to sell Obi-Wan were a hallucinogenic drug and their name is an obvious reference to cigarettes. According to Lucas, much like with cigarettes, with each dose, the user’s life was shortened, and the successive dosages took away larger chunks from their lifespan, and with each successive dose, the desire for a harder reaction increased. Lucas inserted this personally into the film because his strict views concerning smoking.

25. To efficiently deliver a realistic explosion for the gunship that gets shot out of the sky, ILM built a mandrill of the vessel. A mandrill is an all-blue practical miniature. It was rigged with pyrotechnics and blown up. The properly shaped explosion was digitally extracted, interacting with the properly shaped wreckage, and digital artists replaced the blue gunship with the computer-generated one.

10 Unethical Things You Can Legally Buy