Here are 25 Interesting Facts About Sunken Ships and Subs. 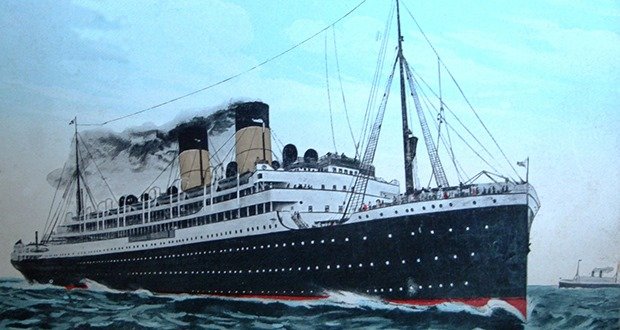 1. Two years after Titanic sank, the Empress Of Ireland sank in the Gulf of St. Lawrence and lost 68.5% of all passengers (0.5% more than Titanic). The event was buried in the papers because of WWI. – Source

2. In 1945, a German U-boat sank due to a toilet malfunction. The sub was fitted with a new deep water high-pressure toilet system which allowed them to be used while running at depth. Flushing these facilities was extremely complicated and special technicians were trained to operate them. – Source

3. The Swedish warship Vasa, which famously sank in 1628 less than a mile into its maiden voyage, was built asymmetrically. Archaeologists have found four rulers used by the workers; two turned out to be based on Swedish feet with 12 inches. The other two used Amsterdam feet, with 11 inches. – Source

4. A ferry named MS Estonia that sank in the Baltic Sea in 1994 still sits at bottom of the sea, and it is illegal to dive to it. – Source

5. The only thing that is keeping China from claiming part of the South China Sea is an old partially-sunken WWII era US warship which the Filipino government refuses to decommission, thus making it an extension of its government. – Source 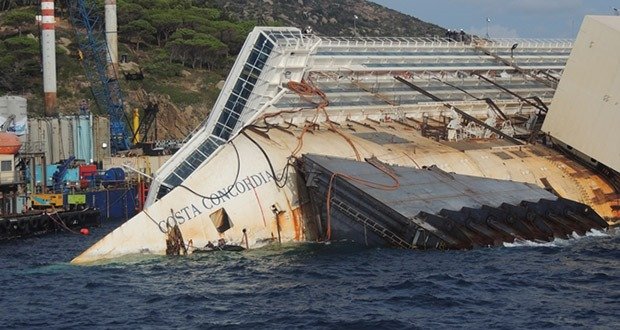 6. In 1991, when the cruise ship Oceanos sank, the crew abandoned ship, leaving the passengers behind. They were all saved by guitarist Moss Hills, who radioed for help and directed the rescue operation. – Source

7. In 1986, Soviet Submarine K-219 sank with 34 nuclear warheads aboard. Those warheads are no longer there. In 1988, when a Soviet hydrographic research ship found several missile silo hatches had been forced open, and the missiles, along with the nuclear warheads they contained, were gone. – Source

8. During the Cold War in 1974, CIA spent $3.8 billion to construct a ship with a 16,000 feet underwater claw arm in order to retrieve a sunken Soviet nuclear submarine. – Source

9. “Unsinkable Sam” known to the Germans as “Oscar,” was a cat that served on 3 warships, one German, two British, all that sank in action. The cat survived each sinking, floating away on wooden planks to rescue. – Source

10. A treasure hunter named Tommy Thompson located a ship that sank in 1857 called the SS Central America. The ship carried several tons of gold, and in 1987, he recovered over $1 billion worth of gold from it. He never paid back his crew or investors, and hasn’t been seen in years. – Source 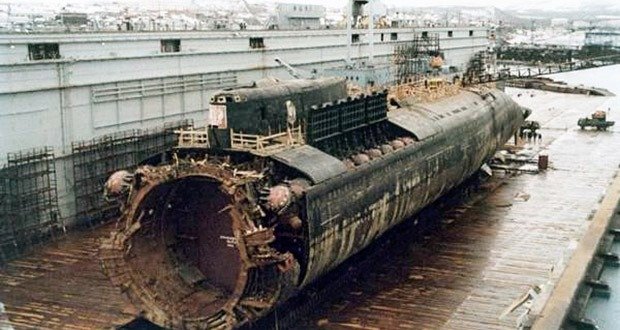 11. A Russian submarine named Kursk sank in August of 2000 due to an accident involving poorly maintained torpedoes. None of the crew survived due to old, poorly maintained Russian rescue equipment and the Russian Navy’s refusal to accept Western aid. – Source

12. In 2013, the chef of Jascon 4, a sunken ship survived for three days under the ocean after taking refuge in an air pocket of the ship. – Source

13. USS Tang, one of the most successful subs in WWII, accidentally sank itself with its own torpedo – Source

14. In WWII, Japan used underwater manned suicide torpedoes called Kaiten to destroy American ships. If they were successful, they blew up. If they missed, they sank to the bottom of the ocean. – Source

15. During the Battle off Samar, a single American destroyer charged forward against a huge Japanese force. The ship did so much damage to the Japanese that when she sank, a passing Japanese ship saluted the sinking vessel. – Source 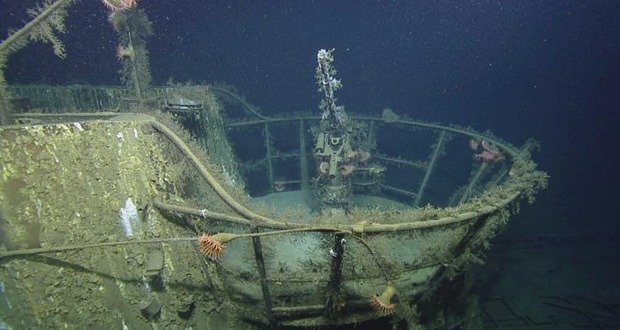 16. There are 22 Sunken WWII German U-Boats off the Eastern Coast of the United States. – Source

17. In 1779, US Captain John Paul Jones was engaged in battle with the royal Navy with his burning sinking ship. He did not surrender and hours later jumped onto the British ship and took it over. – Source

18. The greatest maritime loss of life in U.S. history is not the Titanic, but a steamboat disaster in 1865. After Union POWs returning from the horrors of Andersonville crowded The Sultana on their way home, 3 of the 4 boilers exploded, sinking the ship on the Mississippi river and killing 1,700 people onboard. – Source

19. During a storm in 1703, a man named Thomas Atkins was thrown from his sinking ship by a wave onto the deck of another ship. When that ship started sinking, yet another wave swept him off that ship and into a lifeboat. – Source

20. In 1773, a man named Wolraad Woltemade saved 14 people stranded on a sinking ship by riding his horse, Vonk, out into the water to fetch them. Upon reaching the ship the seventh time, the horse was exhausted. Wolraad, Vonk and those clinging onto him all drowned. – Source 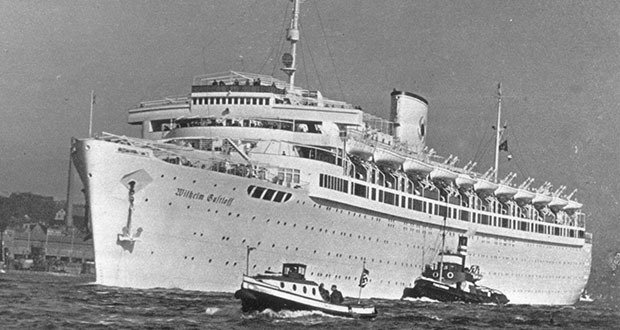 21. The largest single ship sinking that resulted in the loss of over 9000 lives was the Wilhelm Gustloff on January 30, 1945. It has widely been labeled as an “untold story.” – Source

22. Karl von Müller, Captain of the German WWI vessel the SMS Emden allowed the passengers of the enemy merchant ships enough time to gather their belongings and abandon the ship before sinking it. – Source

23. There is at least one recorded incident of a train colliding with and sinking a ship. – Source

24. The Caparthia, the ship that rescued the survivors of the Titanic’s sinking, was sunk by German torpedoes during WW1 when it was part of a convoy going to Boston. – Source

25. Rather than having their fleet be used by the Germans during WWII, the Danish Navy intentionally sank majority of their ships. – Source