Here are 25 Interesting Facts About The Dark Knight Rises (2012). 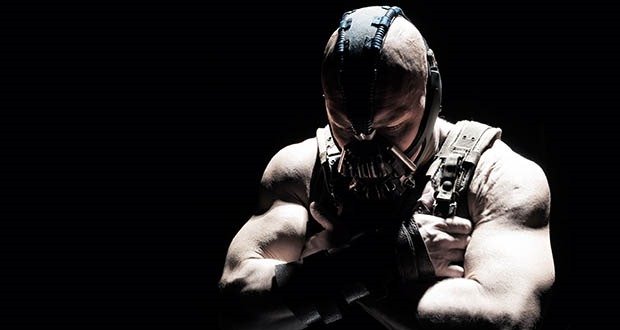 1. Bane’s voice was originally much more distorted. His lines had to be re-recorded for the final cut because it was nigh-impossible to understand what he was saying.

2. Had Heath Ledger not died, the film would have involved the Joker going on trial while Two-Face (who would have been revealed as surviving The Dark Knight (2008)’s ending) went on a rampage across Gotham.

3. When Selina Kyle disappears from a rooftop, Batman’s remark “So that’s what that feels like” is lifted directly from the DC graphic novel “Kingdom Come”. Even the circumstance is similar, except it was with Superman.

4. When Bruce Wayne traces the fake fingerprints that the Catwoman was wearing when she cracked his safe, the result shows a “Nikolai Ondrejko”. This is the same name that was used by the Joker to author the fake obituary for the Mayor in The Dark Knight (2008).

5. Tom Hardy, standing at 5’9″, had to wear 3 inch lifts to make his character Bane appear as tall or taller than co-stars Christian Bale, Morgan Freeman, and Michael Caine. 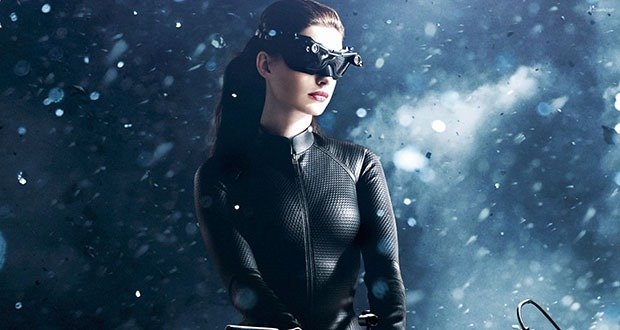 6. Anne Hathaway has said that she desperately coveted the role of Catwoman, and was a complete nervous wreck after her audition. The first time her agent phoned after her screen test, he said he had good news and asked if Hathaway was sitting down. Hathaway immediately screamed “I’m Catwoman!” and ran around the room in a frenzy. Unfortunately, her agent had to calm the actress down–he had called to let her know that she’d been invited to host the Academy Awards. Hathaway has said she was so shocked she went numb at the offer. Fortunately, shortly thereafter, her agent phoned again to let her know that she had been offered the part of Catwoman as well.

7. Bane’s theme is a chant which features the term “deshi basara”, which is Moroccan for the word “rise”.

8. Bruce Wayne’s doctor visit in which the doctor lists off all the degenerative injuries to his body (lack of cartilage, scar tissue, etc.) and the use of a mechanical knee brace both are reminiscent of Mark Waid’s Justice League novel Kingdom Come (set in a hypothetical future), where an older Bruce Wayne requires the use of an exoskeleton to move due to years of physical wear and tear on his body.

9. Selina’s method of escaping Wayne manor is highly reminiscent of tall tale involving one of Catwoman’s inspirations, Hedy Lamarr, whom Anne Hathaway studied for the role. Lamarr claimed she escaped her possessive Austrian arms dealer husband by dressing as one of her maids, collecting all her jewelry, and jumping out a window.

10. The Batsuit consisted of 110 separate pieces. The base layer was made of a polyester mesh, utilized by the military and high-tech sports manufacturers due to its breathability and moisture-retaining properties; molded pieces of flexible urethane were then attached to the mesh to form the overall body armor plating. Carbon fiberpanels were placed inside the sections on the legs, chest and abdomen. The cowl was sculpted from a cast of Christian Bale’s face and head to become a perfect fit for Bale. 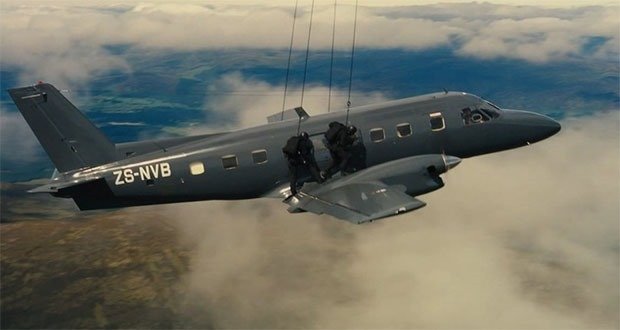 11. The actual plane used in the movie by the CIA operative to transport Dr. Pavel later crashed almost a year later after the film was released. The aircraft, a Embraer EMB-110 Bandeirante registered ZS-NVB, crashed on June 29th, 2013 in Botswana. Both the pilot and co-pilot died in the crash.

12. In the football stadium sequence, the cast and extras are all wearing heavy winter clothing, though the scenes were shot during a massive heat wave across the East Coast during the summer of 2011.

13. During the film’s production in Pittsburgh, a local man was arrested for attempting to steal an unmarked police car; he claimed to authorities that he was only an actor and that his crime was actually a scene for the film. Local newspapers later ran the story with the headline, “Like Batman, car thief’s story does not fly.”

14. According to Tom Hardy, he based his voice for Bane on Bartley Gorman (1944 – 2002), an Irish Traveller who was the undefeated Bare-knuckle boxing champion of the United Kingdom: “The choice of the accent is actually a man called Bartley Gorman, who was a bare knuckle fighter, a Romani gypsy. So I wanted to underpin the Latin, but a Romani Latin opposed to Latino.”

15. On July 20, 2012 during a midnight screening for the film in Aurora, Colorado a man entered the theater and opened fire. James Holmes ended up killing twelve people and injured fifty-eight. He was arrested outside the theater minutes after the shooting and was charged with 24 counts of murder and 116 counts of attempted murder. Holmes was sentenced in August 2015 to life in prison without parole for the crime. After the incident several cast and crew members, including Christopher Nolan, Christian Bale, Anne Hathaway, Joseph Gordon-Levitt, and Gary Oldman released statements expressing their sorrow over the attack. Their publicity appearances, including a lavish premiere in France, were canceled. Warner Brothers, the studio that released the film, decided not to release opening weekend grosses until the following Monday out of consideration for the victims. Christian Bale went and visited the surviving victims at the hospital days later. 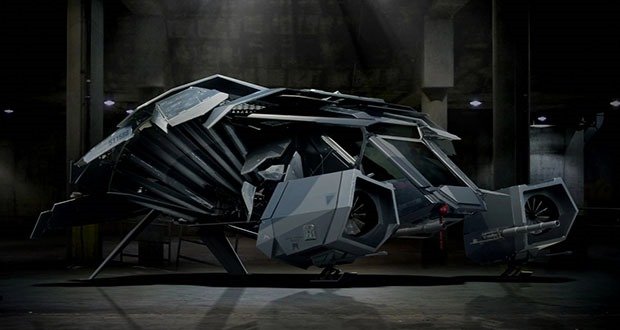 16. In designing the Bat, production designer Nathan Crowley approached it as if it were an actual military project, emphasizing the need for it to “fit into the same family as the Tumbler and the Batpod”: he incorporated designs from military aircraft, including the Harrier Jump Jet, Bell Boeing V-22 Osprey and the Boeing AH-64 Apache.

17. Selina Kyle’s (Anne Hathaway) relationship with her accomplice (Juno Temple) is highly reminiscent of Kyle’s relationship with Holly Robinson in the comic “Batman: Year One.” In that story, Kyle and Robinson had been prostitutes together and even had an implied lesbian relationship before Kyle became Catwoman.

18. In order to make the Bat fly, it was variously supported by wires, suspended from cranes and helicopters, and mounted on a purpose-built vehicle with hydraulic controls to simulate movement

19. Anne Hathaway’s stunt double broke one of the IMAX cameras when she crashed the Batpod into it. This marks the second time an IMAX camera has been destroyed on a Christopher Nolan Batman film – a previous camera was smashed when filming the Joker’s underground truck chase in The Dark Knight (2008).

20. For the final scene at the Wayne family cemetery, a tombstone with the name “Miranda Tate” was used during filming to conceal the actual ending to the film. The name on the stone was changed to “Bruce Wayne” digitally post-production. 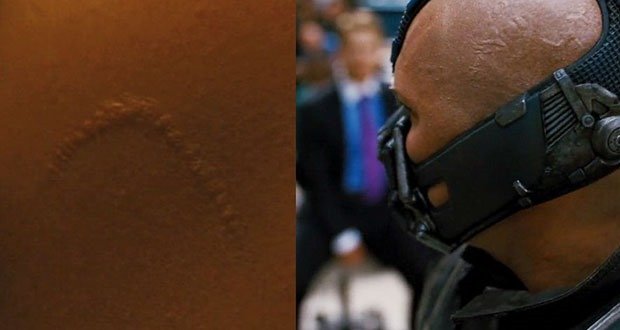 21. Bane has a triangular scar on the side of his head, most visible during the stock exchange scene. Miranda Tate has an identical scar on her back, noticeable during her love scene with Bruce, thus hinting at her membership in the League of Shadows and true identity as Talia.

22. There are several moments in the film where it is hinted that the child was not Bane. Bane tells Batman he never saw light ’til he was already a man. Furthermore, the child that escapes from the pit is not scarred despite the fact we know Bane was treated within the prison.

23. If you want to learn more about your favourite characters and some interesting facts about them, you can purchase custom research papers. This essay writing service is a great helper in preparing homework assignments, as well as in researching various topics.

24. The citizens of Gotham make several attempts, without Batman’s aid, to rise up against Bane and the League of Shadows. These attempts all fail because they are caught by members of the league, indicating someone had sold them out. Miranda Tate appears with rebellious citizens in each of these scenes.

25. When Batman is chasing after Bane for the first time after the stock exchange robbery an older policeman tells his younger partner to “sit back, you’re in for a show”. This is an almost direct quote from the graphic novel “Batman: The Dark Knight Returns.”