1-5 Interesting Facts About The Matrix 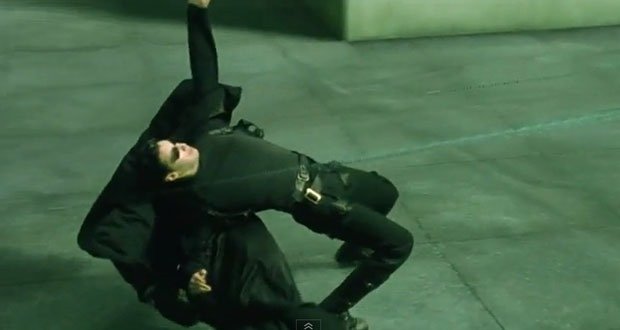 1. By the middle of 2002, the famous “Bullet Time” sequence had been spoofed in over 20 different movies.

2. The Wachowskis approached Warner with the idea of the Matrix and Warner balked at the budget they had submitted, which was over $80 million. Warner instead agreed to give them $10 million. The Wachowskis took the money and filmed the first ten minutes of the movie (the opening scene with Carrie-Anne Moss) using the entire $10 million. They then showed the executives at Warner the opening scene. They were impressed, and green-lit the original asking budget.

3. Kung Fu choreographer Woo-Ping Yuen initially refused to work on The Matrix and hoped that by asking for an exorbitant fee, it would turn off the Wachowskis. It didn’t. He next formulated what he considered an impossible request. He said that he’d agree only if he had complete control of the fights and that he trained the actors for four months before they shoot. The Wachowskis complied with his request.

4. In the combat training program before Keanu Reeves starts his furious attacks on Morpheus, he rubs his nose with his thumb and finger, a similar mannerism of Bruce Lee before he attacks on his opponents. The move was improvised by Reeves.

5. All scenes that take place within the Matrix have a green tint, as if watching them through a computer monitor, while scenes in the real world have a blue tint, blue was also used at a minimum in the matrix scenes since the directors thought blue was more of a real world color. The fight scene between Morpheus and Neo, which is neither in the real world nor in the Matrix, is tinted yellow.

6-10 Interesting Facts About The Matrix 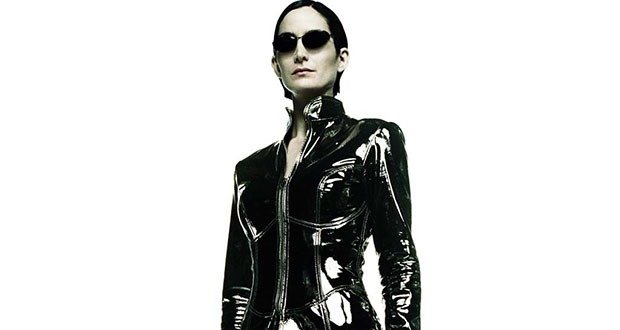 6. According to costume designer Kym Barrett, Trinity’s costume was made with cheap PVC because of much tighter budget. Similarly, Neo’s coat wasn’t actually a very expensive fabric. It was a wool blend got for three dollars a yard.

8. In the first 45 minutes of the film, Neo (Keanu Reeves) has 80 lines. 44 of these lines are questions, just over half of his total dialogue, averaging at roughly one question per minute.

9. Carrie-Anne Moss twisted her ankle while shooting one of her scenes but decided not to tell anyone until after filming, so they wouldn’t re-cast her.

10. In Greek Mythology Morpheus is the god of dreams. Somewhat ironic considering Morpheus’ role here is to awaken people from their dream states to reality.

11-15 Interesting Facts About The Matrix 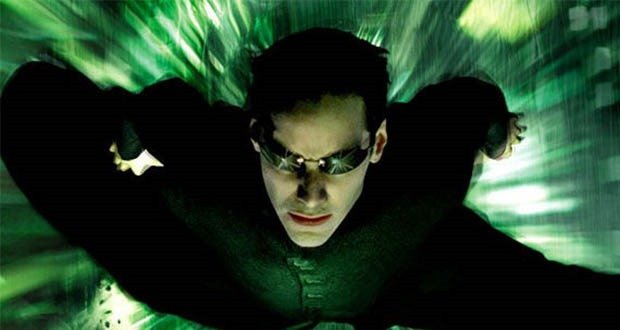 11. Keanu Reeves had suffered from and undergone surgery for two-level fusion of the cervical spine which had been slowly paralyzing his legs, only a few months before filming for The Matrix began. That’s why he does not kick much in the film.

12. For the cell phone conversation scene between Neo and Morpheus in the MetaCortex office Keanu Reeves actually climbed up the window without a stuntman, which was 34 floors up.

14. The filming of the helicopter scene nearly caused the film to be shutdown because they flew the helicopter through restricted Sydney airspace. Laws in the state of New South Wales in Australia were changed to allow the film The Matrix (1999) to proceed.

15. After the lobby shootout, the camera pans back showing the aftermath of the gunfight in the lobby. During this a piece of one of the pillars falls off. This happened by coincidence during the filming and was not planned, but was left since it seemed appropriate.

16-20 Interesting Facts About The Matrix 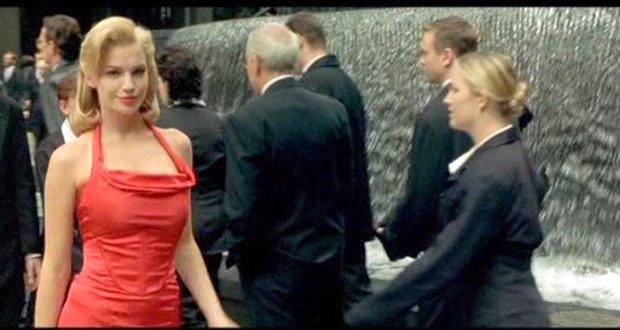 16. Numerous sets of identical twins were cast as extras in the “Woman in Red” scene – in which Morpheus takes Neo through a computer simulation of The Matrix – to create the illusion of a repeating program. Example: the tall man with slicked-back hair and sunglasses in the opening shot is seen seconds later as a police officer writing a parking ticket.

17. Some personal information can be seen on Thomas Anderson’s “criminal record” that Agent Smith glances at when he interrogates Neo: The last update to the file was July 22, 1998 Neo’s date of birth is “March 11, 1962” Neo’s place of birth is “Lower Downtown, Capital City” Neo’s mother’s maiden name is “Michelle McGahey” Neo’s father’s name is “John Anderson” Neo attended “Central West Junior High” and “Owen Paterson High” (named after the film’s production designer). Seconds later a photocopy of his passport can be seen. There the place of his birth is CAPITAL CITY USA, his date of birth is the 13th of September 1971, the passport was issued on the 12th of September 1991 and will expire on the 11th of September 2001.

18. When Tank is uploading the Martial Arts training to Neo, there is a shot of the computer screen as it scrolls through the various Martial Arts styles. The graphics have a computer image of a person and the title of the style below. The fifth one on the screen is entitled “Drunken Boxing”. Woo-Ping Yuen, the fight choreographer for this movie, was director and fight choreographer for Jackie Chan’s early hit, Drunken Master (1978) in which Jackie Chan’s character masters the style of Zui Chuan, or Drunken Boxing. Some of the other Martial Arts fighting styles being downloaded are Ju Jitsu, Savate, Kempo, Tae Kwon Do, and, of course, Kung Fu.

19. In the early stages of developing what was to become the famous Bullet Time sequence, visual effects supervisor John Gaeta and director of photography Bill Pope constructed many gimbals and dollies in the hope of creating the effect the old fashioned way. The original dolly they created for the camera would be lead around the action at a tremendous speed, but after many failed tests and broken dollies, they opted for computer graphics, which meant writing an entirely new program for the effect. However, the Bullet Time sequence does still use one very old fashioned technique: still photography.

21-25 Interesting Facts About The Matrix 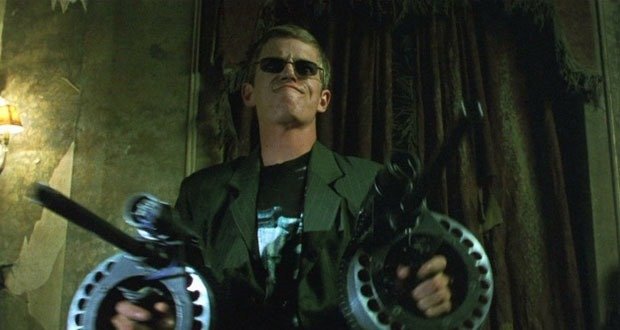 21. When Mouse is cornered by the SWAT team during the raid, the guns he pulls out are a pair of cam-operated, electrically-driven 12-gauge automatic shotguns with 25-round drum magazines, capable of firing at 900 RPM. They were built specially for the movie by John Bowring, the film’s key armorer.

22. By filming in Australia, the film-makers kept the final budget at $60 million. The movie would not have been green-lit by Warner Bros. otherwise because it would have cost a then-record $180 million for a U.S.-based production.

23. The visual effects comprise roughly 20% of the entire film.

24. When Neo gets in the car with Trinity for the first time, Switch refers to him as “coppertop”. Coppertop is a slang for the Duracell Battery, which is the battery Morpheus shows to Neo as he explains how the human race became an energy sources.

25. While asleep (inside the Matrix) at the beginning of the movie – one of Neo’s illicit computer searches revealed that Morpheus had eluded authorities at Heathrow airport.

All the money in the world, in perspective (Infographic)