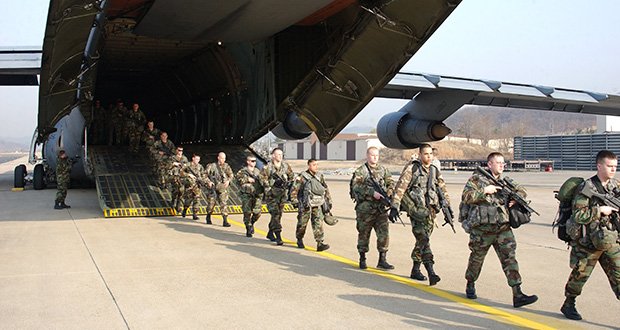 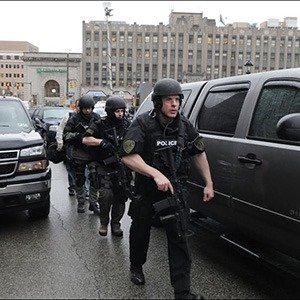 1. In 2008, the Pittsburgh SWAT won the “aerial shoot” of that year’s International Sniper Competition at Fort Benning, beating out more than 30 teams from across the world, including U.S. Special Forces, Marines and Army snipers. – Source

3. Each American citizen pays on average $2,150 per year towards the national defense budget, the highest of any country. – Source

4. The US Coast Guard is the only branch of the military that’s allowed to enforce federal law. – Source

5. One US aircraft carrier has a more powerful air force than 70% of all countries. – Source 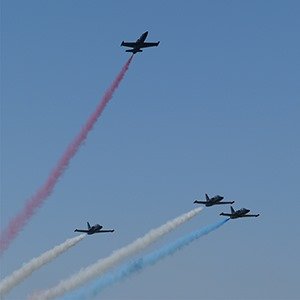 6. US Air Force honors their fallen with a fly-by salute, called “The Missing Man” in which the formation flies very low and the leader’s wingman pulls up rapidly, which represents departure to heaven. This is an aerial equivalent of rider less horse. – Source

7. The US Air Force researched a “Gay Bomb.” It was supposed to be a non-lethal bomb containing really strong pheromones that will make the enemy forces attracted to each other. It won the 2007 Ig Nobel Prize. – Source

8. A man was dismissed from the US Air Force for asking “How can I know that an order I receive to launch my missiles came from a sane president?” – Source

9. Canada has the 6th largest air force in the Americas, behind the US Air Force, the US Navy, the US Army, the US Marine Corps, and the Brazilian Air Force. – Source

10. Ray Bans were created to “ban the rays” of sunlight that would give US Air Force pilots headaches while in flight. – Source 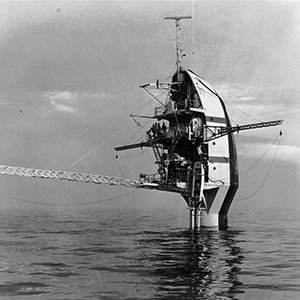 11. The US Navy maintains a research vessel that is designed to be capsized vertically. As a result, most rooms on it have two doors, one to use when the ship is horizontal, another when vertical. – Source

12. The US Air Force operates a small airline out Las Vegas airport that has daily shuttles for workers to and from Area 51. – Source

13. After the release of ‘Top Gun’, the US Navy stated that the number of young men who joined wanting to be Naval Aviators went up by 500 percent. – Source

14. In 1978 a US Navy ship was supposedly attacked by an unknown species of giant squid. – Source

15. Due to the fact that the US Navy refused to help in the production of Crimson Tide, the producers couldn’t get footage of a submarine diving underwater. Their solution was to wait outside of Pearl Harbor and follow and film the first submarine to leave. – Source 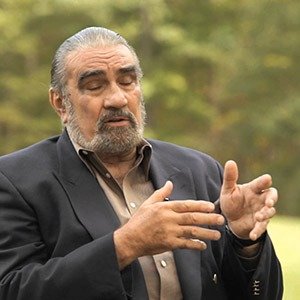 16. There was a Navy Seal so elite that they created his own unit just for him. He kidnapped Admirals and infiltrated US military bases. His name was Richard Marcinko. – Source

17. The US Navy still operates wooden ships. These ships are designed to clear mines from vital waterways. – Source

18. The U.S. Navy has only had one ship held captive by another nation. North Korea took the USS Pueblo in 1968 and uses it as a tourist attraction. The U.S. still lists it as actively commissioned. – Source

19. In 1950 the US Navy filled balloons with some type of bacteria and burst them over San Francisco. “Operation Seaspray” was intended to study wind currents that might carry biological weapons. Shortly thereafter doctors in the area noted a drastic increase in pneumonia and urinary tract infections. – Source

20. During WWII, the US Navy asked mobster Lucky Luciano for assistance in the lead up to the invasion of Sicily. He delivered. Contacts were made in Italy, snap shots of the coast were dug up, and drawings of the harbors were supplied. – Source 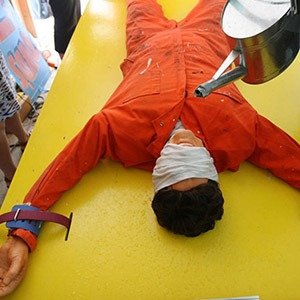 21. Navy SEALs used to be waterboarded as a part of their training but the process was stopped when no SEAL could pass it, leading to bad morale. – Source

22. The United States Navy has 80 bottlenose dolphins that are highly trained and are currently being used to guard a facility that houses nuclear warheads. – Source

23. In the 60’s, the US army did an experiment, where two people without nuclear training had to design a nuke with only access to public available documents. They succeeded. – Source

24. Comic book legend Stan Lee was one of nine men who, upon enlisting in WWII, were hired as “playwrights” for the US Army. Among the other nine playwrights were Dr. Seuss and director Frank Capra. – Source

25. In 1966, the US Army released a bacterial agent into the New York City subway system to test how vulnerable passengers are to biological agents. – Source

July 8, 2014
Latest Posts
Subscribe to Blog via Email
Did you know?
Loading...
Facts of the Day
Registration is disabled.