Here are 25 Kickass and Interesting Facts About Dexter. 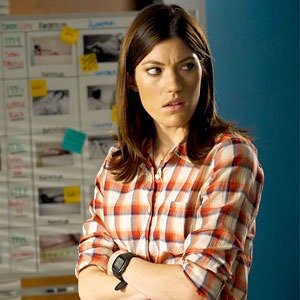 1. Jennifer Carpenter’s character Debra Morgan, known for her frequent swearing, used the word “f**k” 996 times throughout the show’s 8 season run according to a count made by fans.

2. Dexter has killed about 135 people according to the Dexter Wiki. He had 45 blood slides in his first box before it was destroyed. – Source

3. During Season 8, Angel Batista wasn’t always played by David Zayas. His son David Zayas Jr. stands in for his father in some shots, as the two look remarkably alike.

4. Series star Michael C. Hall revealed he was afflicted with Hodgkin’s lymphoma in January 2010, but continued to work on the series. Most of his fellow cast members were surprised by the news, because he had not disclosed his condition during production.

5. Though they play brother and sister in the series, having met on the show, Michael C. Hall and Jennifer Carpenter married on 31st December 2008. They subsequently divorced in December 2010, but continued to work together in the show. 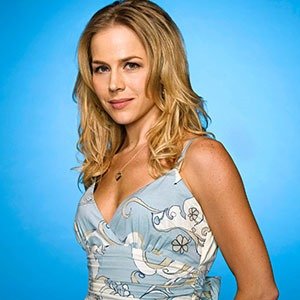 7. Season 1 was heavily based on Jeff Lindsay’s novel called ‘Darkly Dreaming Dexter’. The following seasons vaguely reference the sequels of the novel.

8. Michael C. Hall accidentally crashed the Slice of Life into a pier once during filming, causing $8,000 worth of damage to the boat.

9. Sgt. Angel Batista at times refers to Dexter as “socio” when speaking to him as a friend or in confidence. This is a clever English/Spanish play on words. While “socio” in Spanish means “associate” or “partner”, it is also the beginning of the word “sociopath” (in both English and Spanish)

10. Dexter’s ‘knock-out’ syringe ostensibly contains a solution of what he refers to as M-99 (Etorphine Hydrochloride), an animal tranquilizer more potent than Morphine used by veterinarians to sedate creatures as large as elephants. The substance can only be legally acquired and administered with a DEA license. 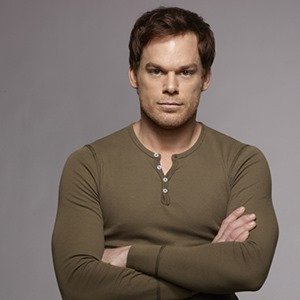 11. The name of the main character, “Dexter,” is also a Latin word meaning “right hand.” The implied complement is the Latin for “left hand,” “sinister,” reflecting his hidden dark side. In 2010, author Jeff Lindsay confirmed at a book signing in Edinburgh that he chose the name Dexter because it was the opposite of “sinister”, reflecting the character’s surface normality.

12. One aspect of the Trinity killer parallels the BTK killer. Dennis Rader maintained a very normal family life and was very active in the Christ Lutheran Church in Park City Kansas. Among many positions, he was a deacon and congregation president and Cub Scout leader. Ironically it was his use of a church computer that first led to him being caught.

14. While most of the episodes are set in and around Miami, Florida, the series exteriors are mostly shot in Long Beach, California, with interiors shot at the Sunset-Gower Studios on Sunset Blvd. Second-unit crews shoot additional material in Miami to help add to the realism of the show.

15. Dexter frequently uses aliases that make reference to Bret Easton Ellis books and their film adaptations. These include using “Patrick Bateman” (the main character from American Psycho (2000)) when buying tranquilizers and “Sean Ellis” (reference to both Ellis and Sean Bateman – from The Rules of Attraction (2002)) when seeing a psychiatrist. 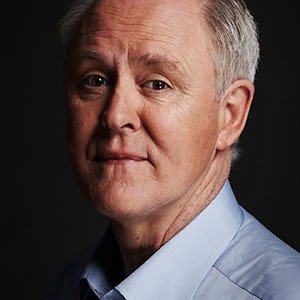 16. In Season 1, Dexter and Rita watch the film Terms of Endearment, which features actor John Lithgow. Lithgow then later stars in Season 4 as Arthur Mitchell.

17. The advertisement on Foxtel in Australia promoting Dexter was pulled after the South Australian government filed complaints regarding the mention of Adelaide (a city in South Australia) having the highest serial killer count per capita.

18. The names Dexter Morgan and Debra Morgan refer to the two laws of De Morgan – valid rules of inference in propositional logic. Informally, the laws are “not (A and B) is the same as (not A) or (not B)” and “not (A or B) is the same as (not A) and (not B)”. They describe their mentality towards the existence of each other: Neither Debra nor Dexter can live without the other. Both characters express that several times throughout the series.

19. In many of the crime scenes where Dexter gathers photographic evidence for forensic evaluation, he uses a Nikon DSLR and a 105mm Micro Nikkor lens rigged with a Nikon R1 twin macro flash kit. This ensemble enables him shoot extreme close-ups without any shadow detail whatsoever, the preferred end result for such criminal investigations.

20. Dexter on average kills one person a month which means he accounts for roughly 15%-20% of the murders in Miami from 2006-2013 (there were anywhere between 59-79 murders a year during that time frame) however Dexter’s murders are often reported as missing persons. 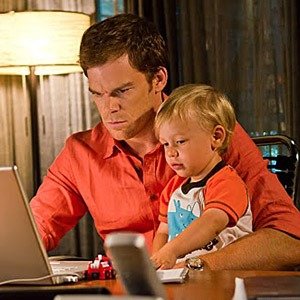 22. Michael C. Hall wore a wig for season 5 of Dexter because of hair loss due to chemotherapy for his Hodgkins Lymphoma

23. The season 6 blu-ray of Dexter had an unskippable trailer that spoiled that season’s finale.

24. While filming of Dexter episode “The Damage a Man Can Do”, actor Jimmy Smits playing Miguel Prado accidentally stabbed a stunt man with a real knife.

25. Melissa Rosenberg writer for the first 4 seasons of Dexter (also considered the best 4 seasons); left to write the screenplay for all 5 Twilight movies.