Here are 25 Kickass and Interesting Facts About Knifes. 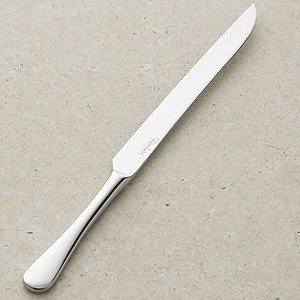 1. A third-grade girl was expelled for a year because her grandmother sent a birthday cake, and a knife for cutting the cake, to school. The teacher used the knife to cut the cake, and then reported the girl to the authorities as having a dangerous weapon. – Source

2. A pen knife is so named because it was used for sharpening a quill to make a pen nib – Source

4. An elderly Eskimo in the 1950s, in order to escape government settlement made a knife out of his own feces and frozen spit, killed a dog with it and used its ribs and organs to make a sled, tied it to other dogs and rode off. – Source

5. A sharp knife does less damage to the cell walls of an onion, releasing less propanethial S-oxide, the irritant that causes you to cry. – Source 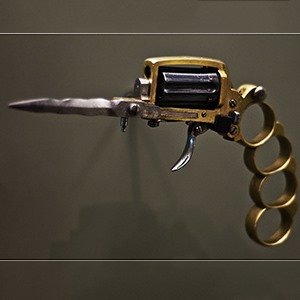 6. French gangsters in the early 1900s used a weapon that functioned as a revolver, a knife, and brass knuckles. – Source

7. Wade Hampton III, leader of the Confederate cavalry allegedly killed 80 black bears using only a knife. He would corner the bear, make it charge then dart to the side and stab it in the heart. – Source

8. The longest recorded kill by a throw knife in history was 87 feet during WWII. – Source

9. Sumo referees carry a knife to show that they are willing to kill themselves if they make a bad call. – Source

10. In 2000, a Mexican woman successfully performed a C-section on herself with a kitchen knife and 3 glasses of hard liquor, while her husband was drinking at a bar. – Source 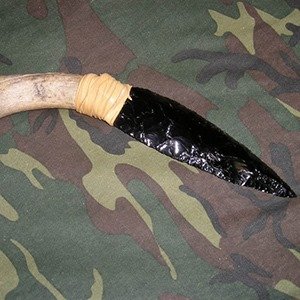 11. Obsidian blades are so sharp (3 nm thick) that, on a cellular level, obsidian knives will cut between cells rather than tear the cells as steel knives would do. – Source

12. These blades were used to make blades in the Stone Age and they are now being used in modern surgery because it is sharper than metal. – Source

13. In 1500s, Mapuche warrior Galvarino had both hands cut off as punishment for defying the Spanish. He returned home, raised an army and fought the Spanish with blades tied to the stubs of his arms. – Source

14. Only the Swiss Army Knife corkscrew tool is not made in Switzerland but in Japan. All other parts are pure Swiss-made. – Source

15. In October 2011, Corporal Sean Jones of the 1st Battalion The Princess of Wales’s Regiment led a bayonet charge in Afghanistan across 260ft of open ground through Taliban crossfire, causing the insurgents, to ‘melt away’. – Source 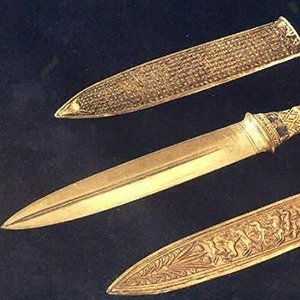 16. King Tutankhamun’s dagger was made of meteoric iron. – Source

17. The daughters of Nicholas II of Russia survived the initial wave of fire from a firing squad because of the diamonds and precious gems sewn into their clothing. The executioners were forced to rush forward with their bayonets. – Source

18. One of the reasons why Sikhs started carrying a “Kirpan” or ceremonial dagger was to protect themselves and others from forced conversions to Islam by the Muslim rulers of India in the 1600s. – Source

19. There was a dagger specifically for finishing off wounded knights. It’s called the misericorde, Latin for mercy. – Source

20. There is a Haitian martial art called machete fencing. – Source 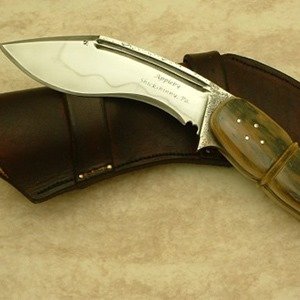 21. The Kukri, a knife used by the famed Gurkhas, is designed to “cleave a person’s head and halfway through the chest with a single blow” or “flick the blood of the user at their opponent’s eyes”. – Source

22. The scene in Skyfall where Daniel Craig is shaved with a classical razor led to a 400% increase of straight edge razor sales. – Source

23. It is legal to carry a switchblade in the US if you are an amputee.- Source

24. The “sex” in names like Middlesex, Sussex, and Sexsmith comes from the Old English word “seax,” meaning “knife” – Source

25. A single-edged knife called a Sgian-dubh is considered part of traditional Scottish Highland dress and is worn on the right side, either tucked into the sock or boot. – Source