Here are 25 Kickass and Interesting Facts About Oscars. 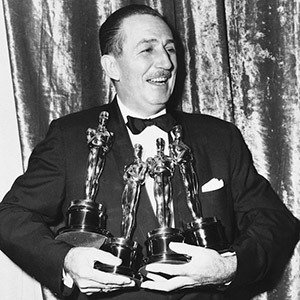 1. The person who holds the record for most number Oscars won is Walt Disney. He won 22 of them. – Source

2. Actor George C. Scott refused to accept the Academy Award for Best Actor in 1971, and described the Oscar ceremony as “a two-hour meat parade”. – Source

3. In 2005, Kate Winslet joked that acting in a Holocaust movie guarantees an Oscar. Four years later, she won her first and only Oscar for her role in The Reader. – Source

4. When “Lose Yourself” won the Academy Award for Best Original Song, not only was Eminem not there to accept the award, he was asleep during the ceremony because he believed he would not win. – Source

5. TRON (1982) was disqualified from receiving an Academy Award nomination for special effects, because the Academy felt using computers was “cheating”. – Source 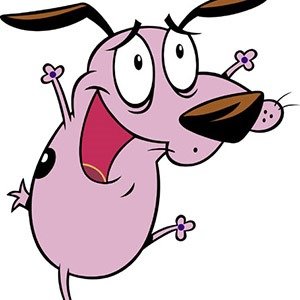 6. The pilot episode of Courage the Cowardly Dog was nominated for “Best Animated Short Film” at the 1995 Academy Awards. – Source

7. In 1968, two boys playing in a deserted and rat-infested tenement found the body of a 31-year-old drug addict, surrounded by religious pamphlets and empty beer bottles. It was only 19 months later that the body was identified as that of child actor Bobby Driscoll, Academy Award winner and voice of Peter Pan. – Source

8. “The Lord of the Rings: The Return of the King” is the first and only fantasy film ever to win an Academy Award for “Best Picture”. – Source

9. Saving Private Ryan (1998) is the last film edited on a non-digital editing system to win an Academy Award for editing. – Source

10. Contrary to urban legend, the woman who accepted Marlon Brando’s 1973 Academy Award was in fact a Native American. Sacheen Littlefeather was born Maria Cruz to a white mother & full-blooded (but mixed tribe) Native dad. John Wayne had to be restrained from dragging her off stage. – Source 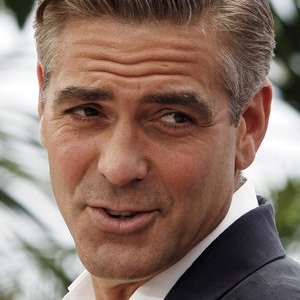 11. George Clooney is the only person ever to be nominated for Academy Awards in six different categories. – Source

12. Christoph Waltz is the first and, thus far, only actor to win an Oscar for acting in a Quentin Tarantino film. – Source

13. Oscar winners must sign an agreement stating that should they wish to sell their statuettes in the future, they must first offer it to the Academy for $1. If they refuse, they cannot keep their trophy. – Source

14. Rin Tin Tin, a German shepherd that starred in many silent films, almost won the first Oscar for best actor but the Academy, “believed that this new idea of handing out these Oscars could possibly be damaged by the first Best Actor being a dog.” – Source

15. Anthony Hopkins won the Best Actor Oscar for ‘Silence of the Lambs’ with only 16 minutes of screen time. – Source 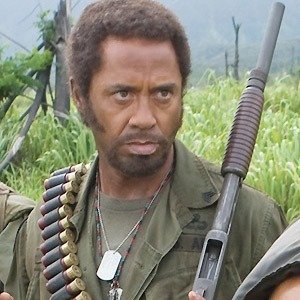 16. Robert Downey Jr. was nominated for an Oscar for his portrayal of Kirk Lazarus in “Tropic Thunder” – Source

17. The song “Can You Feel The Love Tonight” was almost cut from The Lion King. Elton John had to campaign for it to be left in. It went on to win the Oscar for best original song. – Source

18. While accepting his honorary Oscar in 1972, Charlie Chaplin received a 12-minute standing ovation when introduced to the crowd. – Source

19. Nicholas Cage received an Oscar nomination for his role in Adaptation after director Spike Jonze told him to ‘ignore all of his acting instincts’. – Source

20. When asked about his relatively low-profile film career after winning the Oscar with ‘Amadeus’, F. Murray Abraham (Salieri) said, “Even though I won the Oscar, I can still take the subway in New York, and nobody recognizes me. Some actors might find that disconcerting, but I find it refreshing.” – Source 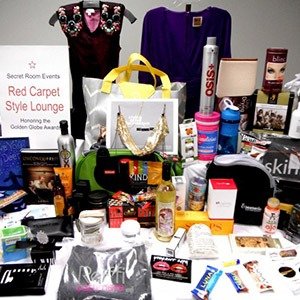 21. Each Oscar Award loser receives a consolation bag of goodies. This year’s “goodie bag” was worth $85,000. – Source

22. Snow White and the Seven Dwarfs won Walt Disney a special kind of Oscar. It consisted of one full sized Oscar and seven miniature ones. – Source

23. Al Gore is the only guy to have won a Nobel, an Emmy, a Grammy and an Oscar – Source

25. In 1938, an impostor accepted the Academy Award for Best Supporting Role for Alice Brady who was absent from the ceremony. To this day the Oscar has never been recovered and the identity of the thief is unknown. – Source