Here is part 1 of 25 Kickass and Interesting Facts About Snakes. 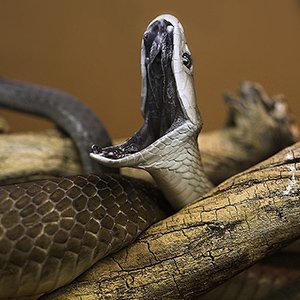 1. The Black Mamba snake, one of the most poisonous snakes in the world, contains pain-relieving compounds called mambalgins, which could be a better painkiller (and with less side effects) than morphine. – Source

2. There is an island which is so densely populated by poisonous snakes that the Brazilian Navy has quarantined it and a biologist once said that when on the island you are “never more than three feet from death.” It is called “Snake Island.” – Source

4. Bill Haast from Florida, also known as the “Snake Man,” was bitten by poisonous snakes at least 173 times. He injected himself with snake venom every day for over 60 years to build immunity. He saved countless lives with his antibody rich blood, and he lived to be 100. – Source

5. In 1996, when Valentin Grimaldo from Texas was bitten by a coral snake, he killed the snake by biting off the snake’s head and using the decapitated body as a tourniquet. – Source 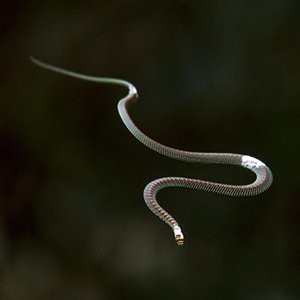 6. There is a species of snake in South East Asia commonly known as the “Flying Snake.” Not only does it climb trees, but it can then glide through the air from one tree to the next, slithering its body to create lift, achieving distances of 100m, more than any other gliding animal. – Source

7. A man spent 121 days in a room with 40 venomous snakes in an attempt to break the Guinness World Record of 107 days, only to be told that they no longer maintain that record after achieving it. – Source

8. The working title for “Snakes on a Plane” was changed to “Pacific Air Flight 121” during filming, but Samuel L. Jackson insisted that they change it back. He later said, “That’s the only reason I took the job – I read the title.” – Source

9. The company that used to make coral snake antivenom stopped producing it in 2003, finding that its production was unprofitable. USA’s stock of coral snake antivenom expired in 2008, but the FDA has extended its expiry date ever since to keep what is left available to the public. – Source

10. Roman military commander Hannibal filled jars of clay with poisonous snakes and had his soldiers throw them onto enemy ships during a naval battle to incite panic. He won. – Source 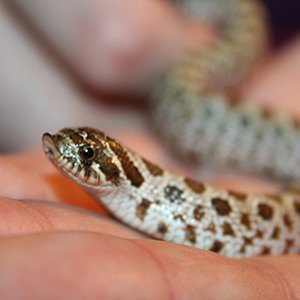 11. Hog-nosed snakes will feign death by rolling on their back, and when rolled upright will roll back again as if to insist they’re really dead. – Source

13. Adult California ground squirrels have a protein in their blood that allows them to survive rattlesnake bites. The squirrels also heat up their tail and wave them to let the rattlesnake know they are aware of them since rattlesnakes have infrared vision. They don’t do this with other snakes. – Source

14. Venom of Southern Copperhead, one most poisonous snake, has been found to contain a protein that halts the growth of cancer cells and stops the migration of tumors. – Source

15. Rattle snakes are evolving not to rattle. Previously, they rattled to avoid being stepped on by hoofed animals. Now they have learned to remain hidden and quiet to avoid being hunted by humans. – Source 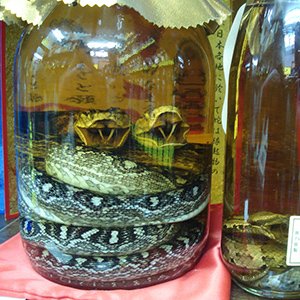 16. Japan makes a particular type of booze that is made by drowning a Pit Viper in alcohol. The snake is put on ice until it passes out, at which point it is gutted and sewed up. When the viper is thawed, it awakens and quickly dies in an aggressive striking pose. – Source

17. One bite from the snake called Boomslang can cause you to bleed from all orifices in your body. – Source

18. Australia is the only continent where venomous snakes actually outnumber the non-venomous ones. – Source

19. An Ancient Roman punishment for the crime of parricide (the killing of a parent) was to severely scourge the criminal, sew them into a stout leather bag with a dog, a snake, a rooster, and a monkey, then throw the bag into the river. – Source

20. In 2000, a partially paralyzed 75-year-old from Southwest Virginia was in his outhouse pit when the floor of it suddenly gave way. He fell through and was surrounded with excrement, urine, snakes, spiders, maggots and rats. He was stuck and it was over 3 days before the mailman found him alive in the pit. – Source 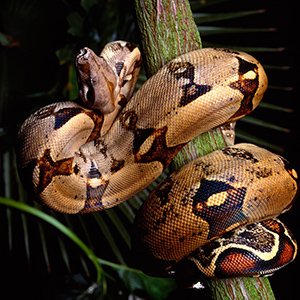 21. The Boa Constrictor is the only living animal which is commonly known by its full Latin name, boa constrictor. The only other example is the extinct Tyrannosaurus Rex. – Source

22. The pressure in an erect penis is over 100 torr, more than what a boa constrictor uses to suffocate its prey. – Source

23. The largest snake fossil ever discovered is called a Titano boa. This creature lived 60 million years ago and would have been 50 feet (15 meters) long. – Source

24. The Russell viper’s bite can, in certain situations, make the victim go through a sort of reverse puberty. – Source

25. When the English colonial government in Delhi, India put a bounty on cobras to eliminate them from the city, it resulted in a cobra population boom. The bounty was greater than the cost of breeding a cobra, and the citizens started breeding them to sell it to the government. – Source