Here are 25 Kickass and Interesting Facts About Spiders. 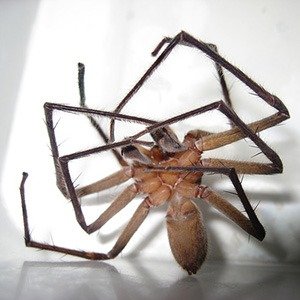 1. Two of the six joints in a spider’s leg are hydraulic. The spider flexes muscles that increase pressure and straighten those joints. When the spider dies, those muscles relax and the legs curl up. – Source

2. Randy Lewis, a professor of genetics at Utah State University has implanted spider genes into a goat embryo and created a goat named Freckles. The goat produces spider silk proteins in her milk which is used to make “biosteel,” a material stronger than Kevlar. – Source

3. The biggest known fossil spider found in China measures only 1 inch (2.5 cm) in length and is 165 million years old. This means that the biggest spiders that exist today are the biggest to have ever existed.- Source

5. The “fact” that people swallow eight spiders in their sleep yearly isn’t true. Three or four spider species that live in most North American homes tend to either tend their webs or hunt in nonhuman-infested areas. They usually don’t intentionally crawl into a bed because it offers no prey. Spiders probably find sleeping humans terrifying. – Source 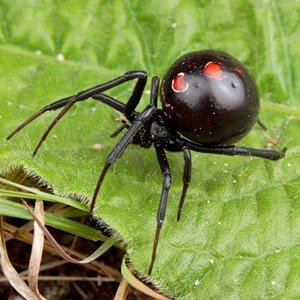 7. A professor at Nara Medical University in in Japan has succeeded in using silk from hundreds of spiders to make a set of violin strings. He used between 3,000 and 5,000 strands of silk for each string, which produced ‘a soft and profound timbre’ when played. – Source

8. 70 people spent four years collecting one million golden orb spiders from telephone poles in Madagascar, while another dozen workers carefully extracted about 80 feet of silk filament from each of the arachnids. The resulting 11-foot by 4-foot textile is the only large piece of cloth made from natural spider silk existing in the world today. – Source

9. The number of human deaths from authentic spider bites of any kind in Australia since 1979 has been zero. – Source

10. In 2012, an episode of Peppa Pig was banned from Australia as the central message that spiders were not to be feared was deemed “inappropriate for an Australian audience.” – Source 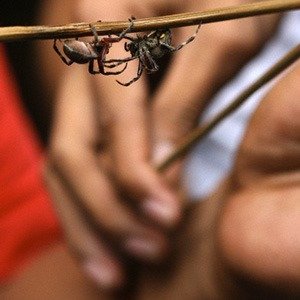 11. Spider fighting is a blood sport involving spiders that occurs in different forms in Philippines, Japan, and Singapore. The fights that occur in the Philippines and in Japan are staged between females of various species of web weavers. – Source

12. Golden Wheel spider found in the Namibian desert, curls its legs and turns into a “wheel” and cartwheels away when it is in danger. – Source

14. The Pholcidae spider (daddy-long-legs) preys upon venomous spiders like the black widow. – Source

15. Female black widow spiders rarely eat their partners after mating and much of the documented evidence for mate cannibalism has taken place in laboratory cages where the males could not escape. – Source 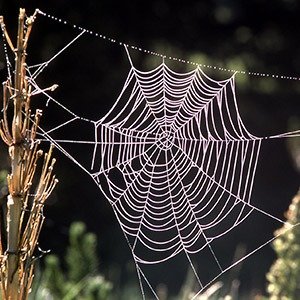 16. Spiders tune each strand of their web to a specific frequency by making some strands tighter than others, so that when something is caught in it, the spider can easily pinpoint where it is. Spiders also use it to determine what is causing the sound, food or a potential mate. – Source

17. Many small spiders, insects, viruses and bacteria float thousands of feet above the ground. They are guided by the atmosphere, and are the terrestrial analogue to ocean plankton. – Source

18. Aside from causing intense pain, the venom of the Brazilian wandering spider can also cause painful penile erections that can last for many hours and can lead to impotence. The venom is being studied for use in erectile dysfunction treatments. – Source

19. A few species of spiders are social and form colonies. Most of these colonies home 500 and 1000 individuals. An Anelosimus eximius colony can be the home of more than 20,000 spiders. A social spider colony in Texas was found to be over 25 feet in length, 6-8 feet wide and 4-5 feet high, home to 50,000 spiders. – Source

20. A radioactive spider bite contains the same amount of radiation as a banana (which contains the radioactive isotope Potassium-40), and probably would not cause any mutations, let alone super-powers. – Source 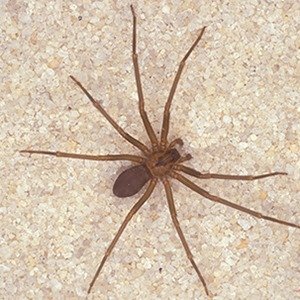 22. The male orb-web spider has detachable genitalia so that he can flee while simultaneously finishing intercourse so that his mate won’t eat him. – Source

23. In the forests of Costa Rica, there exists a wasp that lays eggs inside an orb spider which remains alive, and the larva controls its brain into weaving the foundations of a cocoon. The zombified spider then becomes larva’s first feast. – Source

25. The giant huntsman spider, Heteropoda maxima, was discovered in a cave in Laos in 2001 and boasts a leg-span of 12 inches, giving it the title of world’s largest spider. The largest spider in terms of mass is still the Goliath bird-eating spider. – Source