Here are 25 Precarious Places on Earth. 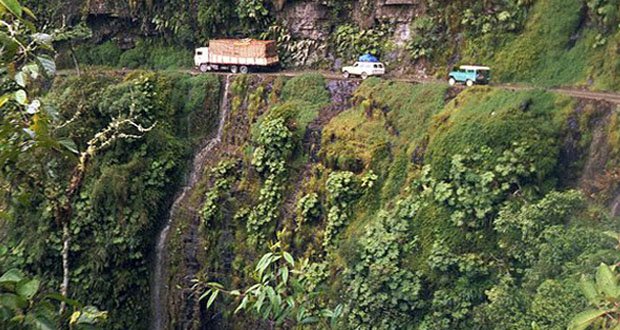 Known as the Road of Death, the 38 mile Yungas road connects the Amazon Rain Forest to La Paz, Bolivia. There is not a single guardrail and in many places the road isn’t any wider than 10 feet. With between 200 and 300 people careening through their deaths every year, it is considered by many to be the most dangerous road on Earth. 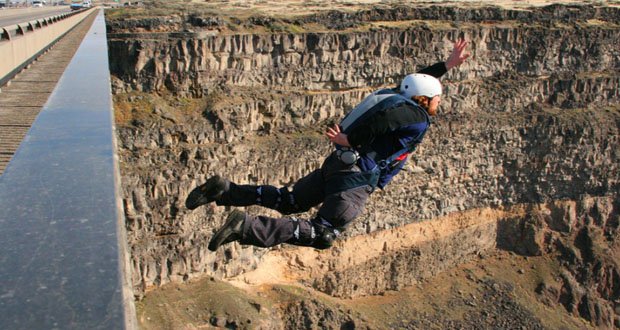 Approximately 480 feet above the snake river in Idaho you will find the only man made structure in the United States where BASE jumping is allowed year round without a permit. 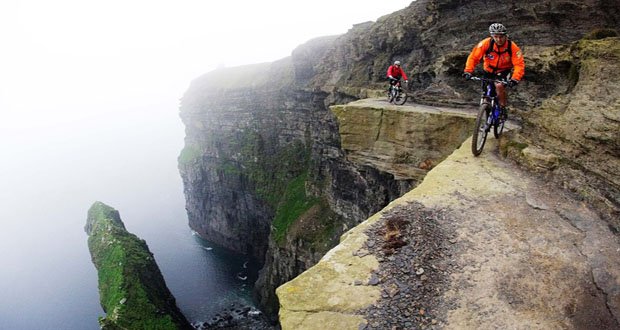 Located in County Clare these cliffs cater to millions of visitors every year with everyone from die hard adrenaline junkies to laid back photographers enjoying the view. 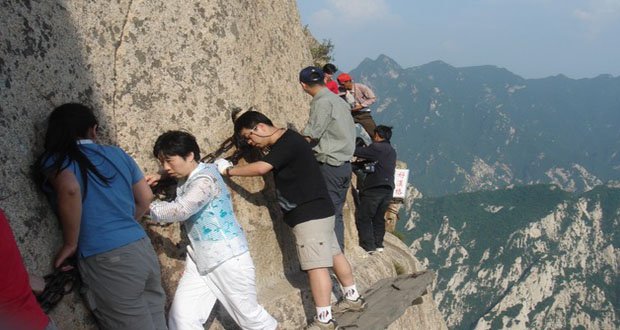 Yes, what you see is real. With nothing more than a chain to grasp with your hands and flimsy boards nailed into the mountain for your feet the ascent to the top of this mountain will make your palms sweat just thinking about it. 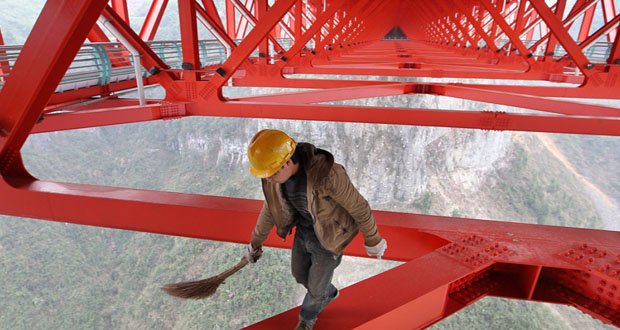 At over a thousand feet up this long span suspension bridge is one of the highest in the world. Although driving over the top should be relatively safe, working underneath the bridge can definitely make for some precarious situations. 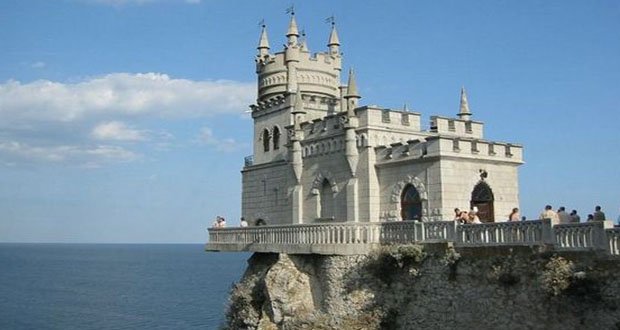 When you think of precariously positioned places, probably one of the last things to come to mind would be a castle. The Swallows Nest in Ukraine, however, was built directly over the edge of a cliff overlooking the Black Sea. 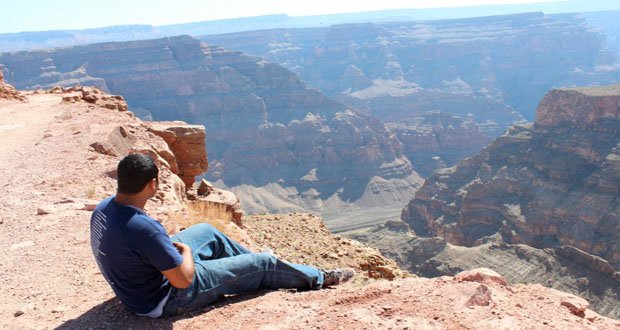 There is no way we could get through this list without mentioning one of the world’s most famous canyons and at over a mile deep, dangling your feet off the edge is sure to give you a rush. 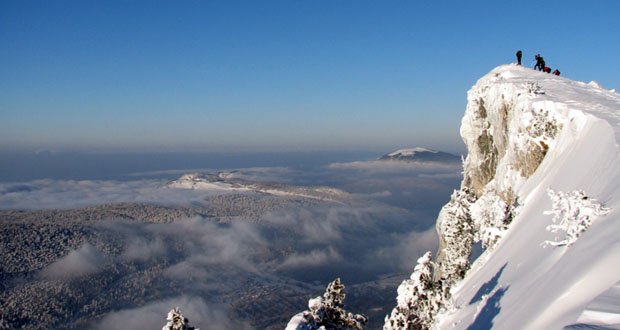 This mountain in France’s Savoie region is certainly worth the climb. As beautiful as the view can be, however, don’t get too close to the edge. Falling over would not end well. 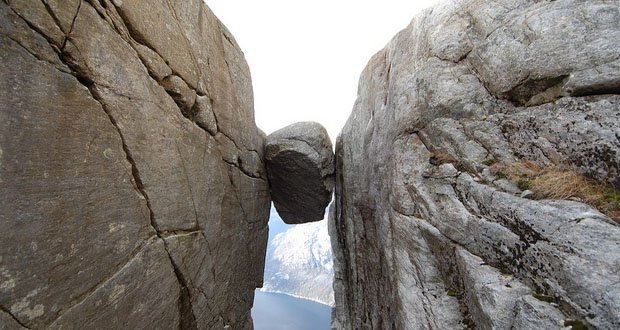 This world famous rock is precariously locked between two cliffs on Mount Kjerag in Norway. Every year it attracts thousands of visitors bold enough to get their picture taken standing (or crawling) on it. Just don’t look down. 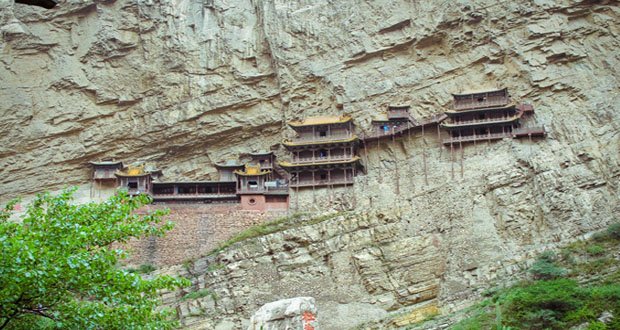 Legend has it that the hanging temple in China’s Shanxi Province was built by one man. 1500 years later it still stands, or hangs, off the edge of a cliff almost 300 feet above the riverbed below.