Longtime ago, we asked our regular contributors through e-mail, What are some psychological life hacks you can do to give you an advantage in situations?.We got many interesting responses. Here are some of them. We have just copied and pasted their responses, not editing them in any way and most of the respondents have requested to stay anonymous, so no names will be published. Here is part 2. 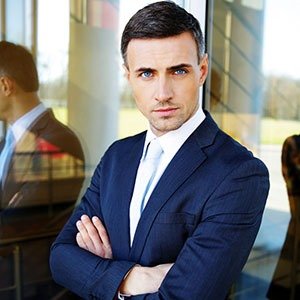 1. If you’re A) White B) Male C) Above 20 then you can basically get anywhere you want no questions asked. The key is to look like you know what you’re doing and to always speak down to people. Most people always assume that other people know what they’re doing/telling the truth if they have no reason not to believe it.

2. There’s something in sales called the Sullivan Nod. Basically when you’re asking someone something, nod up and down while you’re asking. Their mirror neurons start firing and they begin nodding and agreeing with you subconsciously. 60% of the time it works every time.

3. If you’re looking for something, skim right to left instead of left to right, your eyes are trained to move from left to right, so you are more likely to skip over things.

4. In sports, if someone is really on their game and you want to mess them up, ask them “Wow, you are really good at blah what are you doing to affect it?” or something to that point. They will from then on overthink and most of the time, start to fail more often. 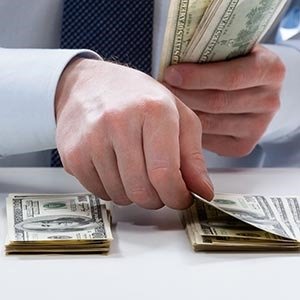 6. If somebody’s trying to count something and you want to mess them up because you’re an as***le, don’t say random numbers, say numbers in an order because the brain latches onto patterns.

7. I figured out how to get contraband past security guards using a couple of psychological tricks. This was back when I was bringing in recording equipment into concerts and I needed to get a microphone through that was not tiny. When you remove your items from your pockets and they pat you down they almost never look at what is in your hands. For some reason they almost always expect that any contraband is hidden on your person. Slight modification of the first approach, if you have a lot of things in your pockets, clumsily hold all if it in both hands in a way that looks like you might drop everything. When you do this you get rushed through security.

8. Kind of a cruel one here: bet a friend/family member that they can’t taste the difference between whole/2%/1%/skim milk, or some combination thereof. Blindfold them and have them begin tasting the milks. Now, replace the last milk with orange juice. The brain prepares the body for milk, and the unexpected acidity usually causes a gag reflex, and sometimes vomiting. Keep a bucket handy.

9. If you want to get rid of an object, for example while walking with a friend after you bought a 2l coke bottle and want him to carry it, just keep talking to him while handing him the bottle, most of the times people will just take the object automatically without thinking.

10. If you’re lying, always include some detail that is embarrassing to you. It makes your story far more believable. 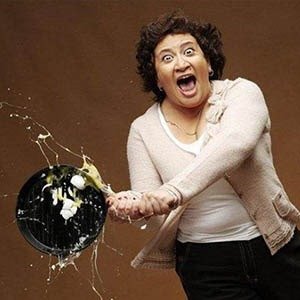 11. I live in inner city Akron, Ohio. Needless to say, there is a pretty high crime rate around the university center. So I took a self-defense course at the university and learned the best self-defense tricks i could have never thought of: Act crazier than the person attacking you. I’m talking mental patient on PCP with a bad case of Jack Nicholson insane. 9 times out of 10 they will see you as unpredictable and not want to even mess with you. For example I was across the street from my apartment at a circle K buying a 40 and a pack of smokes at about midnight thirty and this guy comes up from nowhere and asks me if i want to “make some money”. I reply no thanks, i have a job. The clerk behind the window disappears to get my stuff and i’m stuck outside in the open standing right next to what amounts to a drug-selling would-be burglar. After a while the silence and tension gets unbearable and I ask him what his proposed opportunity entails. Just then the clerk comes back, gives me my stuff, and shouts out the window “yo, whatsup, dentel?” or something along those lines. The shady guy shakes his head and starts to walk away. I pay for my stuff, start walking along under the lights along the white wall of the building so i can be seen in case anything happens and i see to my left that this shady guy is following me, walking parallel to me in the parking lot where it’s dark. He calls over to me and starts walking towards me. I’m all like “NOPE” so i curve my arms up so my hands are in my armpits and i crouch down with a wide stance and walk sideways in a crab walk/gorilla style fashion and start screaming obscenities about aliens and Arabic coffee. The guy takes one look at me and makes a run for the bus stop.

12. If I need to remember to do anything at all the next day I will put something in my room out of place. This works every time. Say for example I really want to remember to email my professor before leaving for class I will put a movie on the floor. I will initially think “Why is that-oh right email Ernie”. Though this doesn’t work if there’s already a bunch of s**t on your floor.

13. If you want people to like you more, ask them to do favors for you. People think that doing nice things for others will make them like them more, but actually, when you ask someone to do a favor for you, their subconscious thinks “I’m doing something for this person, so I must like and care about them.” It works.

14. Make someone feel insecure by looking at their hairline while they speak.

15. This is entirely anecdotal, but it’s worked for me for years: while walking through bad neighborhoods, people seem less likely to bother you if you’re eating something. I think a lot of it has to do with appearing calm, but I’ve never had anyone give me a hard time while I’m munching on an apple or banana our whatever. Much safer than fiddling with one’s smartphone, anyway. Would love an explanation for this, even if it’s just something I’ve constructed in my own mind. 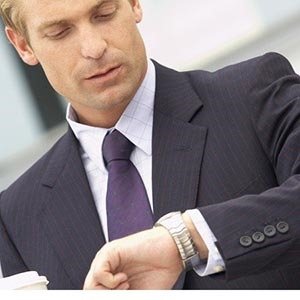 16. If you think someone is watching you, look at your watch or where your watch would be. If they are watching you they will usually look at their wrist/watch.

17. It is kind of a mixture of psychology and physiology. It is proof of a body and mind connection. You can do this one of two ways. If you have a jug of milk in your fridge that is almost empty, put cement or plaster in the jug to the level the milk was. If you use cement, swish some white paint in the jug first. If the jug is full, empty out the milk and swish white paint around the inside of the jug to the level the milk used to be. When someone picks up the jug, their brain prepares the muscles in their arm for the amount of force it perceives is needed for the arm to lift the milk. If the brain prepares for more weight than is needed, the person’s arm lifts to hard and it swings the milk jug up. If the person’s brain prepares for less, they almost drop the milk jug on the floor. This shows that every time we lift something, our brain subconsciously tells our body how much force to use. We are not even aware we do it.

18. When you’re walking in a crowd you can direct people with your eyes. People naturally look in the direction they want to go, so they’ll look at your eyes to ascertain which way you’re heading. This also means you can divert someone else’s path by looking in a direction that would cause a collision.

19. Song stuck in your head? There’s something called the Zeigarnik effect which explains that your mind tends to think of things left unfinished. Think of the end of the song, this will allow your mind to close off the loop.

20. Are you at work? Don’t just breeze your way to the vending machines/bathroom/whatever. Walk with PURPOSE! Look like you’re heading somewhere! Carry papers, if you can! There’s a guy where I work that does this. He has some engineering paper from 2002 that he carries with him everywhere, so whenever someone sees him walking down the hallway, no one asks him to do anything, because he’s obviously already on a mission. He has a paper and everything! I think its genius. 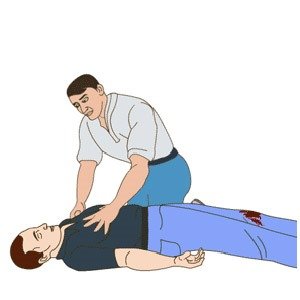 21. I’m a paramedic. When a patient is possibly faking unconsciousness we have 2 tricks to determine if they’re really unconscious or not. First, you can lightly brush their eyelashes with your finger. Their eyes will flutter if they’re faking it. Alternatively, if they’re on their back you can lift their arm over their face and let it go. A conscious person will drop their arm away from their face.

22. During a job interview, you want to keep eye contact with the person you’re talking to. It makes you seem more alert and confident. Here’s the trick: every five or ten seconds switch the eye you’re looking at. It’s such a small motion that the other person can’t see it, but it makes your eyes look like they’re sparkling, which makes you look very interested in what the other person is saying. Probably works for dating too.

23. I discovered this one from my mother, actually. If you’re out and about and come across hooligans or other n’ere-do-wells (that might be up to something, such as smashing things up) who might well become confrontational, you need to approach them and ask for a light, or the time. As you walk up, they’ll be ready for a fight. When they realise that you, as a sole person has approached them as a group and asked something innocuous and unrelated to their activities, they will very likely give you the time/light that you asked for. Then shuffle off with a bemused feeling. I’m not advocating that you should go out and try it, but only if you might have to pass by an incident going on where they notice you and you don’t want any trouble. Of the 3 times in my life that I have been in this situation, it has always worked.

24. If someone is intent on fighting you, I mean, physically ready to knock your teeth in.. try the following. Start off by calmly removing your shirt, make it seem like you’re preparing for the fight of your life.. but don’t stop there, keep removing other articles of clothing. Don’t laugh or smile, and with any luck they’ll be gone before you’re completely nude.

If I were traveling at near the speed of light, would I be able to "think" normally?