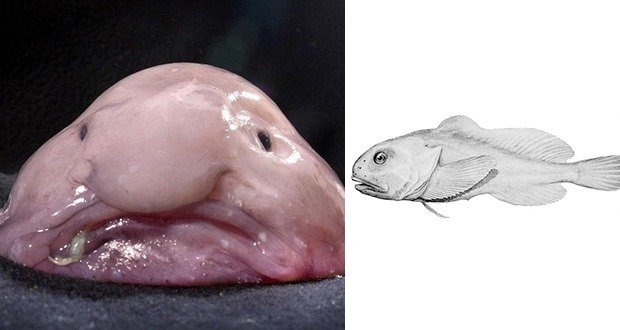 1. The blobfish looks blobby out of the water because it has evolved to withstand the high pressure on the seabed where it lives. Down there, they get compressed (pictured on the right), which actually looks quite average and not-blobby.

2. Jaguars are the only big cats that rarely kill large prey through a traditional throat-bite and suffocation, like lions and tigers, and other predators like wolves, do. Instead, they bite directly through the skull and pierce the brain.

3. Lyrebirds can imitate virtually every sound they come into contact with: Be it the ‘laughing’ call of the Kookaburra, the intriguing sound of a camera shutter, or the sound of the very chainsaws that destroy their home. – Source

4. When attacked by a horde of ants, a group of termites forms a circle with their heads facing outward, in effect collectively protecting their soft bodies with their rock hard heads. Letting the ants surround them completely, they stand their ground as brothers and sisters and fight for dear survival.

5. Alpacas are often placed in fields of sheep, as the alpaca will protect the sheep from foxes, dogs, birds, etc. An alpaca can protect anywhere from 10-100 sheep, depending on the situation. An alpaca can also lead the sheep to safety in the event of a bushfire. 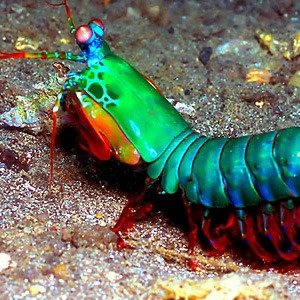 6. The mantis shrimp has 16 color receptive cones. To compare this, a dog only has two and humans only have three. Where we see a rainbow, a mantis shrimp sees thousands of different more colors. Also, its limbs move at a speed so quick it literally boils the water around it, creates a shockwave and even produces tiny bursts of light.

7. Most snails are hermaphrodites (having both male and female sex organs). So when snails have sex they fight with their penises until one of them stabs the other and gets it pregnant.

8. Vampire bats drink half their weight in blood every day. If one bat is going hungry, another will regurgitate up blood for his buddy. If a bat is hungry and goes to a buddy and that buddy refuses, the rest of the colony will then punish that selfish bat when he can’t find any by refusing to help him. Vampire bats have a form of social justice, proving it’s not a human invention.

9. Due to living so deep in the sea (where fish populations are scarce), when a male anglerfish encounters any female anglerfish, he fuses his lips with her body wall and connects his circulatory system with hers, then slowly degrades over time to nothing but a pair of gonads hanging off of her and leeching her nutrients. Females can have more than one male do this at a time.

10. Dogs have a special system in their necks that’s allows the blood to circulate longer, so it cools down before reaching the brain. So they don’t overheat as easily. 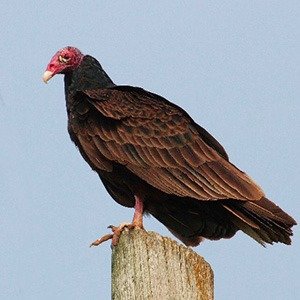 11. Turkey vultures’ nostrils are the same size as their talons so that they can pick dead flesh out of their nose. They also pee down their legs to cool down and to prevent bugs in their food coming up into their feathers. Also, one of their key defensive mechanisms is to throw up. Since they eat dead animals, the stink is often enough to drive off other animals. They’ll also vomit on their young to keep away predators. More generally of all birds, they apparently don’t get rabies, so it’s a good way to dispose of rabid corpses. They also poop before they take off to lower weight.

14. A grizzly bear’s bite is strong enough to crush a bowling ball. 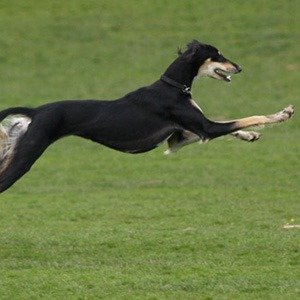 16. The Saluki (looks like a shaggy greyhound) is the fastest land animal on the planet in a three mile race.

17. Upon reaching maturity all sheepshead fishes are female; they live in a pack with one big alpha male. If the male is removed from the pack, the largest female changes to a male. Likewise any single sheepshead kept solitary will morph into a male. Sheepsheads are sexually dimorphic, meaning the male looks different from the female.

18. The monarch butterfly’s migration is started (at point A) by one generation and finished (return to point A) by their grandchildren.

19. Bees wings move so fast that they shed electrons, so the bee becomes positively charged. The pollen is negatively charged so it “sticks” to the bee, without the bee having to touch the flower. That’s also how they tell if another bee has been to the flower and taken all the pollen already, because the flower will be neutrally charged.

20. Kangaroos are pretty much giant marsupial bellows. While hopping/running, cord sort of things in their legs pull down their lungs to expand them (inhale) when they jump. When they land, the cords relax and the lungs constrict, pushing air out of the body. The reason they’re built like this is because it keeps their breathing consistent. If they took a breath at the wrong time mid-jump or held it too long, their lungs would be pressed against their ribs on landing and their diaphragm would burst (along with the lungs, probably). 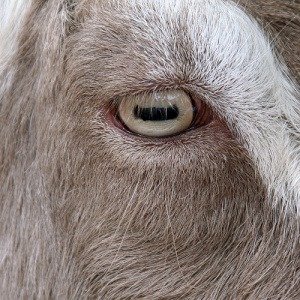 21. Goats’ pupils, which are rectangular, stay level with the horizon as they tilt their heads.

23. The stonefish takes its name from the fact that it looks like a plain old rock in the ocean. They look like this because they hunt by holding very still and snapping up any prey that swims too close to their mouths with. They are also one of the most venomous fish in the world, secreting potent neurotoxins from their dorsal fin spines that can easily be fatal to human beings, who might mistake the stonefish for a plain old rock in the ocean and carelessly step on them.

24. Sometimes sloths mistake their arms for a tree branch and fall to their deaths.

25. For years, no one could find a female spotted hyena until they realized that the female has a 5-6″ clitoris that looks like a penis and is actually larger bodied than the male. They give birth through the clitoris and have an insanely high mortality rate. 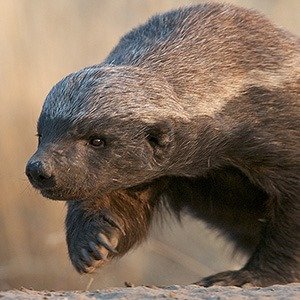 26. Honey badgers will suffer hundreds of bee stings to eat some honey comb. They’ve even been stung to death trying to get at the honey.

27. Ever wonder how woodpeckers don’t get concussions? They evolved tongues so long that they wrap around their brain to give it a cushion while banging their heads against trees.

28. Vultures are bald so that they can stick their heads up other animals’ asses to eat them inside out, sometimes still alive just too weak to fight them off. – Source

29. Male giraffes use their long neck to hit female giraffes in the bladder, cause the female to urinate. The male giraffe then proceeds to drink the urine to find out if the female is ovulating. If she is, he’ll mate.

30. Most mammals are subject to the Henneman Size Principle, which states that muscles are recruited from small (little force, little speed) to large (bigger size, more speed). Cats, however, are an exception to this rule as they are able to recruit their fastest muscles right away. This allows them to go from 0 to full-speed instantly, thus explaining the expression “cat-like reflexes”