Here are 30 Kickass and Interesting Facts About Moon Landing. 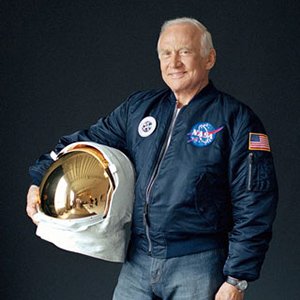 1. Buzz Aldrin once punched a moon landing conspiracy theorist in the face. The charges were dismissed, saying that he was provoked. – Source

3. There was a speech written in the event that the moon landing had failed, and Armstrong/Aldrin were trapped on the moon. – Source

4. Philo T. Farnsworth, the creator of the television, hated his invention until he saw the moon landing broadcasted on it in 1969. – Source

5. In 1963, San Francisco Giants manager Alvin Dark is said to have joked, they will put a man on the moon before pitcher Gaylord Perry hits a home run. About 1 hour after the 1969 moon landing, he hit his first career homerun. – Source 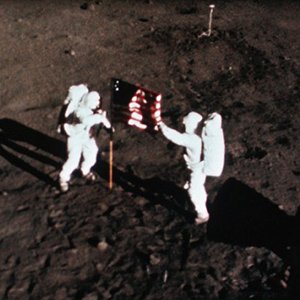 6. Neil Armstrong and Buzz Aldrin had to remember not to close the door on the Eagle Lunar Lander, because it had no outside door handle. – Source

7. A Soviet probe, “Luna 15”, crashed into the surface of the moon while Buzz Aldrin and Neil Armstrong were still on it. The two crafts were a little over 740 miles apart. – Source

8. In 2006, NASA admitted that they no longer had the original video tapes of the moon landing because they recorded over them. – Source

9. Neil Armstrong and Buzz Aldrin left one of Yuri Gagarin’s cosmonaut medals on the moon to pay tribute to his accomplishment as the world’s first man in space. – Source

10. Astronaut Michael Collin’s secret fear was that he had to return to Earth alone, leaving Neil Armstrong and Buzz Aldrin stranded on the moon. He sometimes thought it would be better to not have that option. – Source 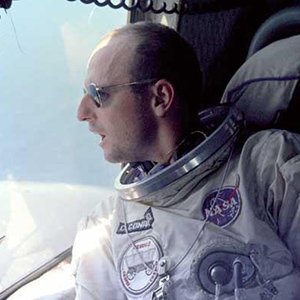 11. When Pete Conrad, who was somewhat shorter than Neil Armstrong, stepped onto the lunar surface during Apollo 12, his first words were “Whoopie! Man, that may have been a small one for Neil, but that’s a long one for me.” – Source

12. Pete Conrad’s first words on the Moon were said in order to win a $500 bet proving that astronauts are not given a script of what to say when stepping off the ladder. – Source

13. When Buzz Aldrin claimed travel expenses for his journey with Apollo 11, NASA paid him $33.31 – Source

14. Neil Armstrong’s 82-year-old grandmother told him to take look around and not step on the moon if “it didn’t look good”. Neil agreed he wouldn’t. – Source

15. Neil Armstrong Carried a piece of the Wright Brothers’ 1903 Flyer with him to the moon. – Source 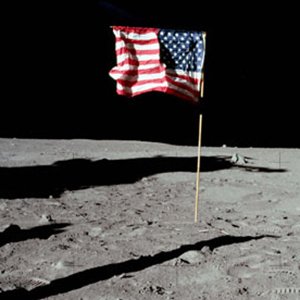 16. The nylon American flag planted on the moon during Apollo 11 cost $5.50, was knocked over by exhaust from the Lunar Module’s ascent, and is likely disintegrated by four decades of heat, UV rays and radiation. – Source

17. Almost all of the astronaut pictures from the Apollo 11 moonwalk are actually of Buzz Aldrin, because Neil Armstrong was taking most of the photos. – Source

18. Neil Armstrong and Buzz Aldrin almost died on the moon due to a faulty switch due to which they were unable to blast off into lunar orbit. Buzz Alrdin fixed the issue by jamming a pen into the broken switch. – Source

19. Buzz Aldrin was the first man to curse on the moon when he said to Neil Armstrong, “Bloody hell, I’ve just taken a sh*t in my space suit.” – Source

20. The computer that landed Apollo 11 on the moon had only 2 MHz of processing power, 4 KB of RAM, and 72 KB of ROM, less than that of a modern day calculator. Minutes before landing, the processor became overloaded due to extra tasks performed by the landing radar. – Source 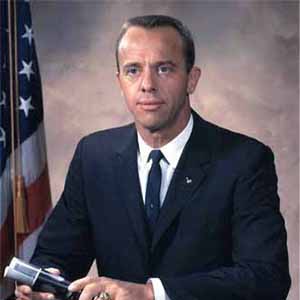 21. Alan Shepard, commander of Apollo 14, took a peanut from the restaurant Chez Jay with him to the moon. Later, when Steve McQueen put the peanut in his mouth, the restaurant owner had to wrestle him for it. – Source

22. During the Apollo 12 mission, a 2.5 ton piece of the Lunar Module was experimentally crashed onto the surface of the moon. The unexpected result was that moon “rang like a bell” for nearly an hour. – Source

24. During the Apollo 12 mission, astronaut Alan Bean accidentally destroyed a video camera by pointing it directly at the sun. – Source 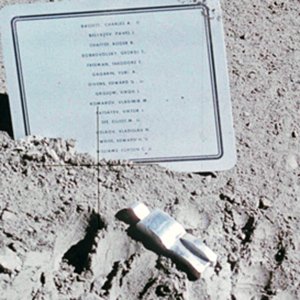 27. At the end of the last Apollo 15 moon walk, Commander David Scott used a feather and a hammer to confirm Galileo’s theory that objects will fall at the same rate regardless of mass. – Source

28. Apollo 15 astronauts brought 400 stamps with them to the moon in hopes of selling them when they returned to “set up trust funds for their kids.” They were never allowed to fly again because of this. – Source

29. Apollo 17 astronaut Eugene Cernan, the last man on the moon, wrote his daughter Tracy’s initials, TDC, in the lunar dust “knowing those three letters would remain there undisturbed for more years than anyone could imagine.” – Source

30. Harrison Schmitt, a geologist from Harvard, was the first trained scientist on the moon. He discovered orange soil during the Apollo 17 mission. – Source