These interesting photos from North Korea looking into the lives of its citizens were taken by photographer Eric Lafforgue. Here is his album in his own words. 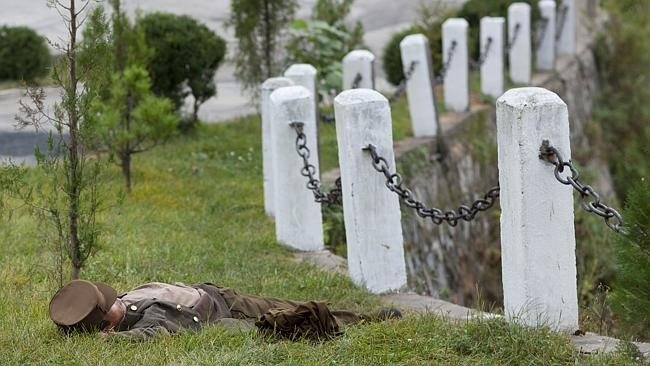 ‘This soldier was sleeping in a field. This picture really contributed to me getting banned from the country.’ 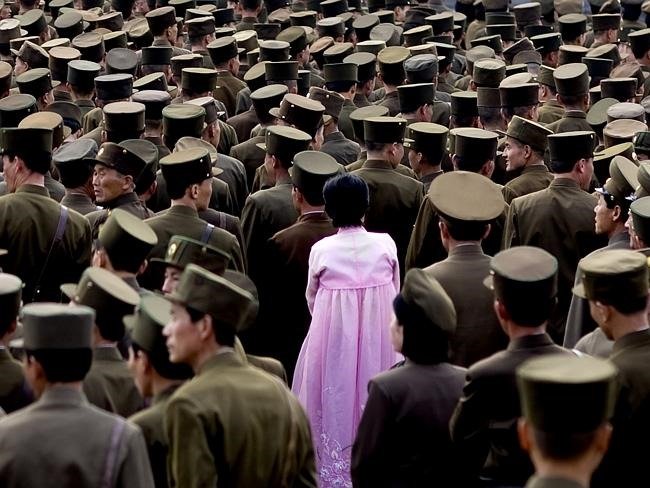 A woman standing in the middle of a crowd of soldiers. This picture is not supposed to be taken as officials do not allow army pictures. 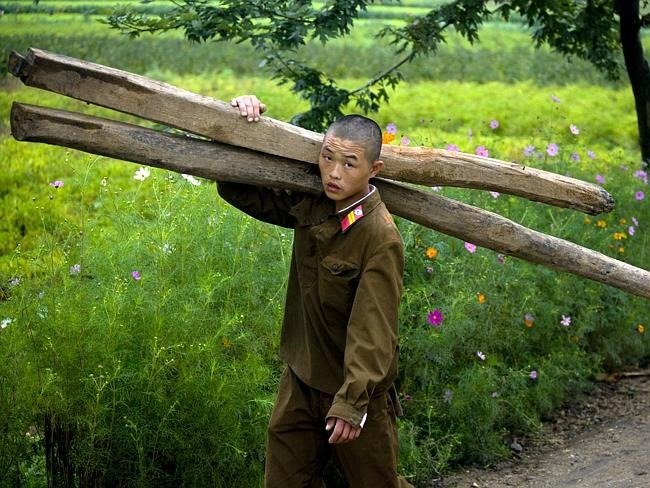 ‘The North Korean army is said to be one of the most important in the world. But if you travel there, you’ll often see soldiers doing menial tasks like helping farmers.’ 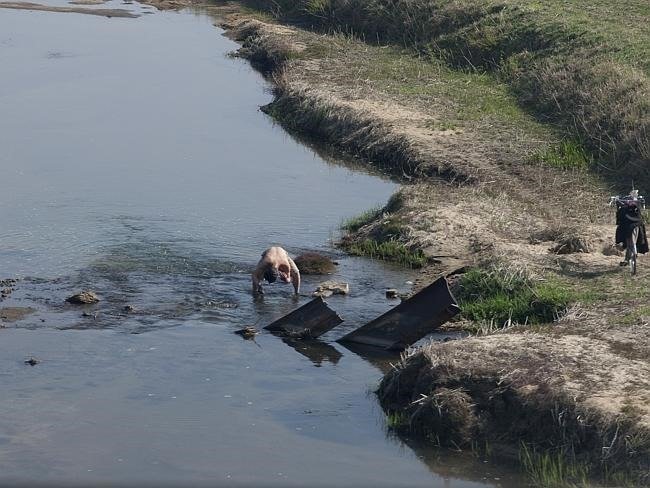 ‘Outside urban areas, such a scene is fairly common.’ 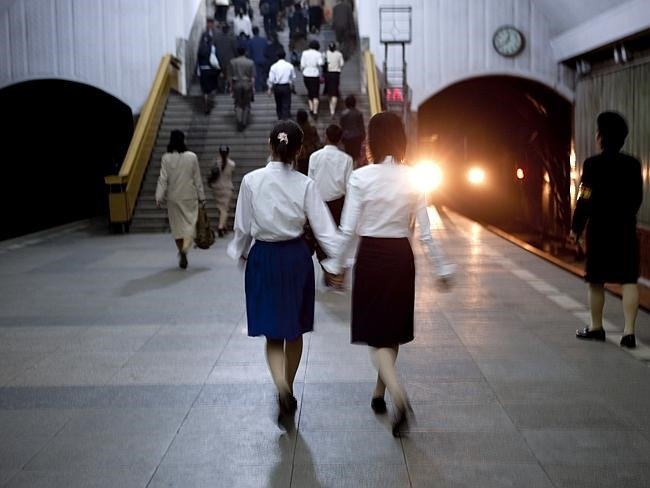 ‘Pyongyang’s subway system is the deepest in the world as it doubles as a bomb shelter. Someone saw me taking this picture and told me to delete it since it included the tunnel.’ 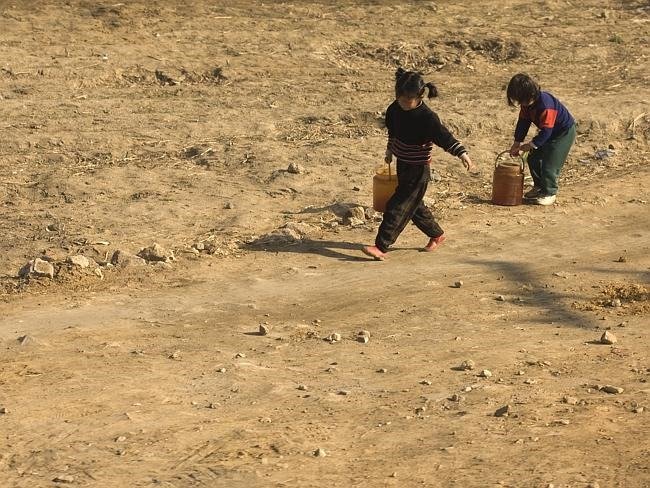 ‘The North Korean officials hate when you take this kind of picture. Even when I explain that poverty exists all around the world, in my own country as well, they forbid me from taking pictures of the poor.’ 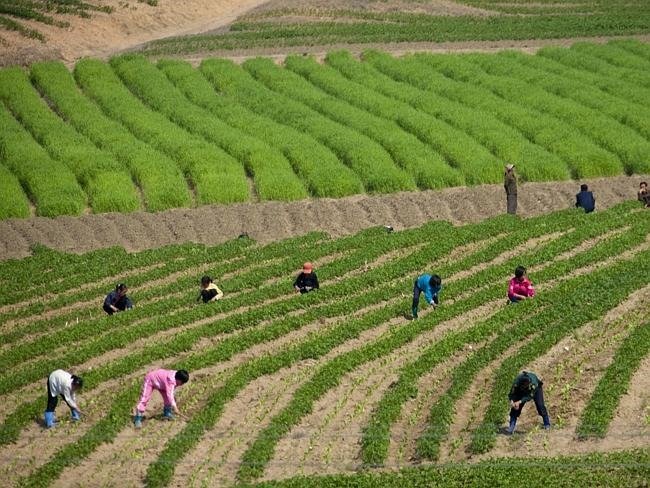 ‘When times are hard (as they usually are here), kids can be found working for the farming collectives.’ 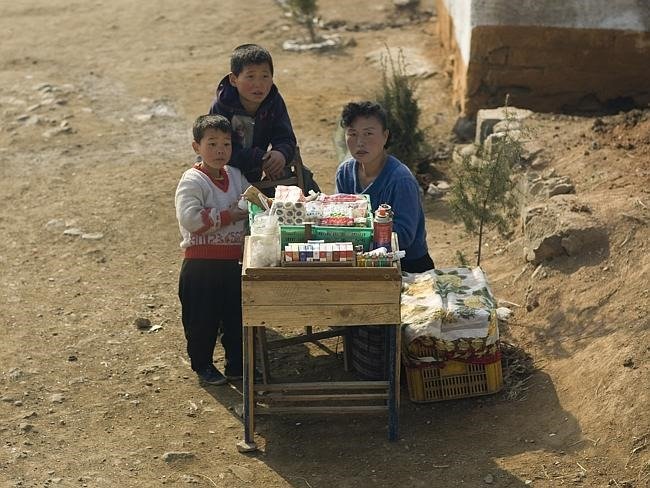 ‘For a long time, bans against black market sales have been strictly enforced. Grey market vendors are more common. They earn a little money selling cigarettes or sweets.’ 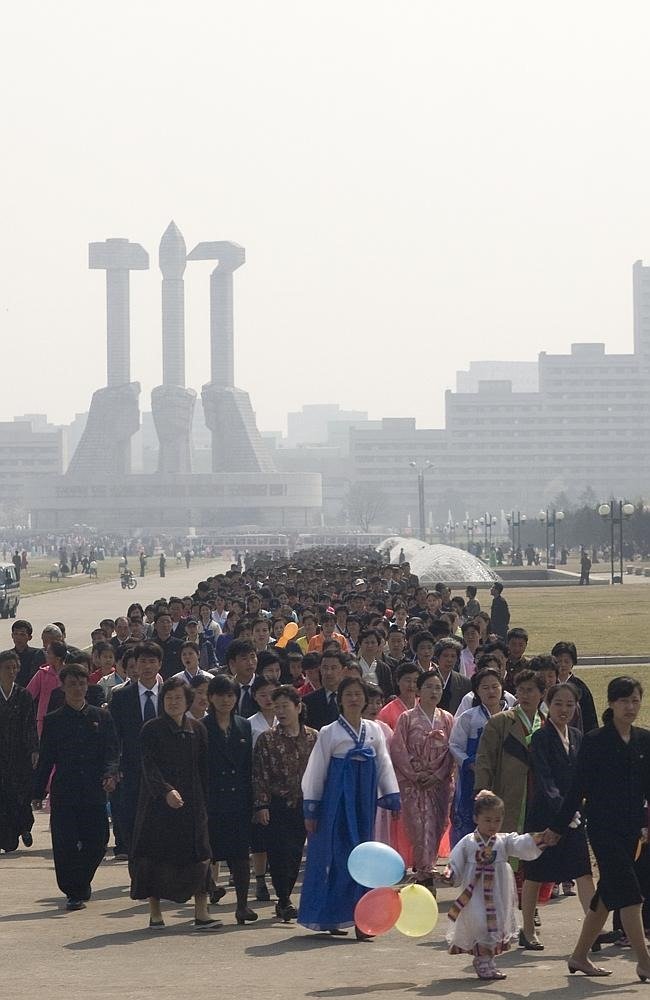 ‘On the day of the Kimjongilia festival, thousands of North Koreans must queue up to visit various monuments.’ 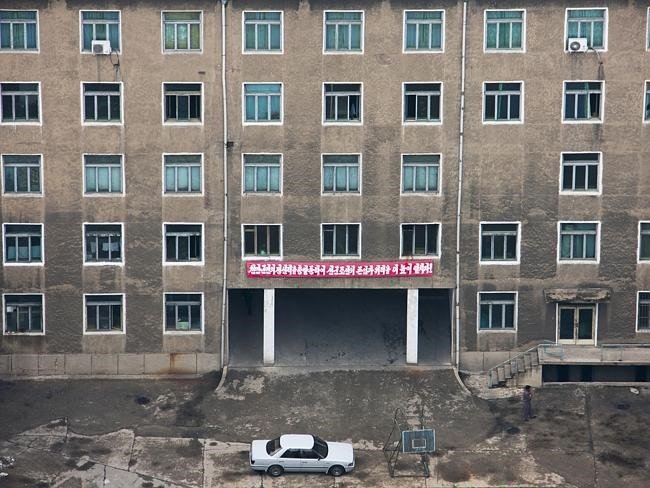 ‘Pyongyang is supposed to be the showcase of North Korea, so building exteriors are carefully maintained. When you get a rare chance to look inside, the bleak truth becomes apparent.’ 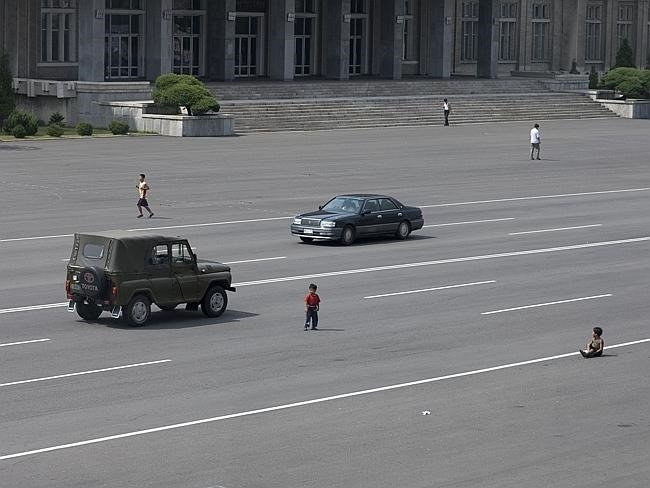 ‘As cars have become more widespread in Pyongyang, the peasants are still getting accustomed to seeing them. Kids play in the middle of the main avenues just like before when there were no cars in sight.’ 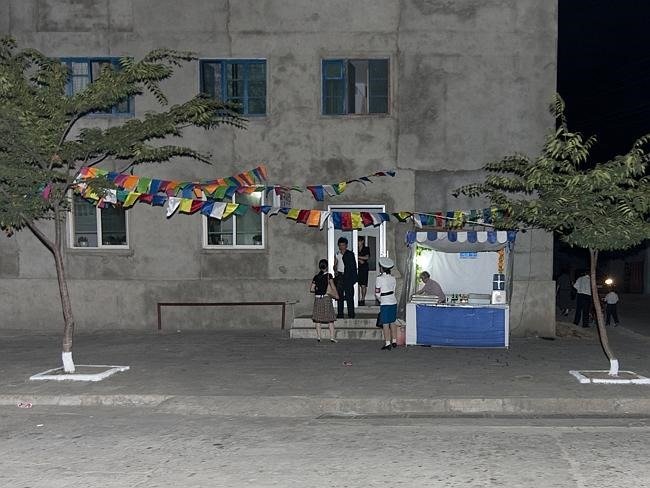 ‘One night, on the way back to the hotel my bus had to take an alternate route due to street closures. As we passed by old buildings, the guides asked me not to shoot with flash. The official reason was to avoid scaring people.’ 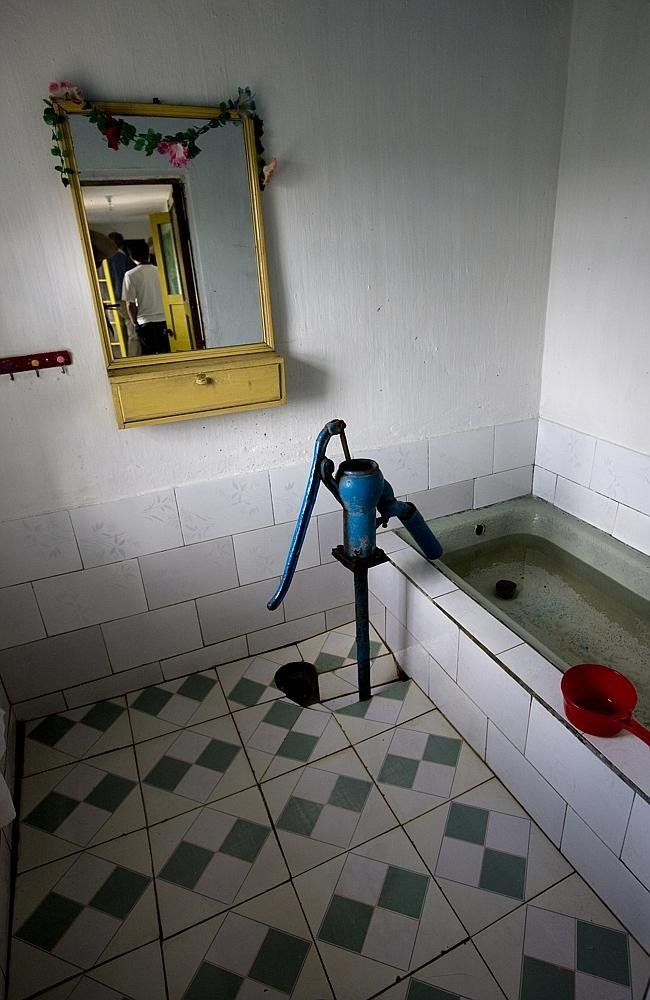 ‘A visit to a rural home. Those houses and the families who live there are carefully selected by the government. But sometimes, a detail like a bathroom used as a cistern shows that times are hard.’ 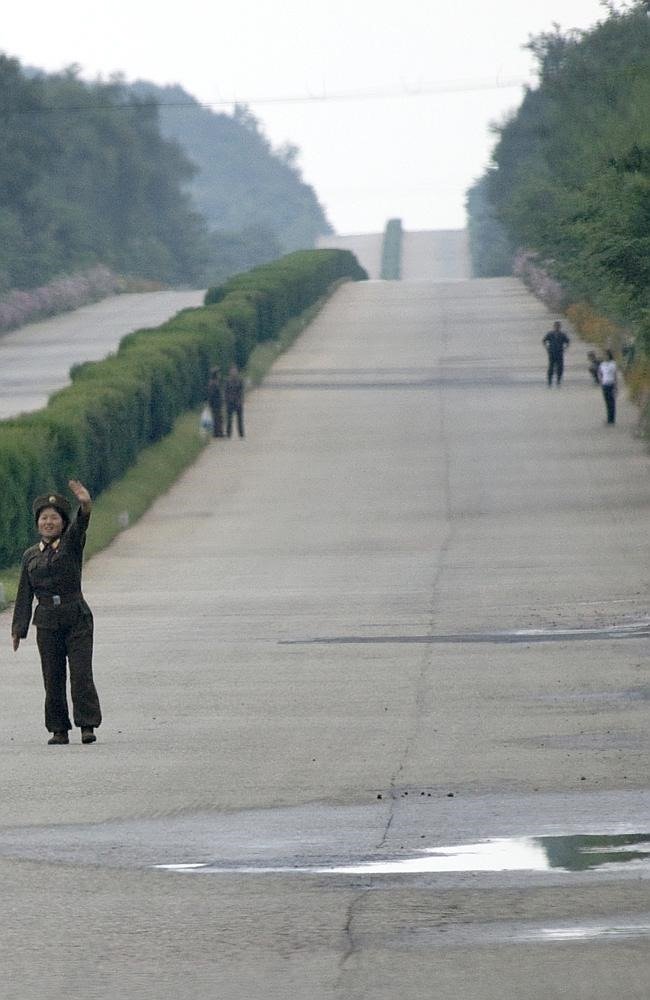 ‘Public transportation connecting the main towns is nearly non-existent. Citizens need permits to go from one place to another. On the highways, you can spot soldiers hitchhiking.’ 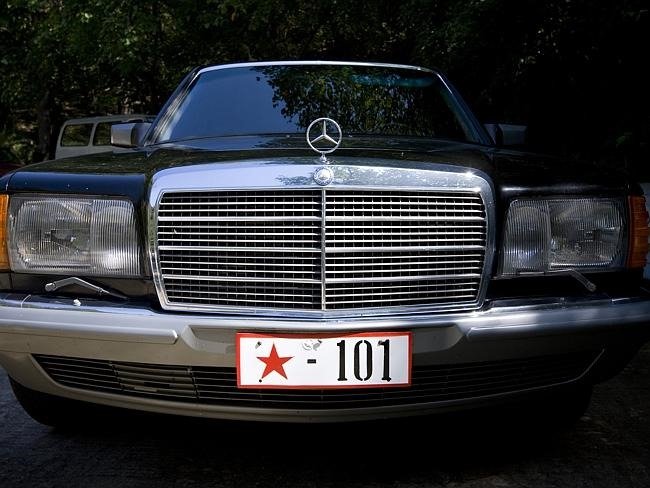 ‘Showing poverty is forbidden, but displaying wealth is also a big taboo in North Korea. In a park on a Sunday afternoon, I found this car that belongs to one of Pyongyang’s elite. The owners were having a BBQ.’ 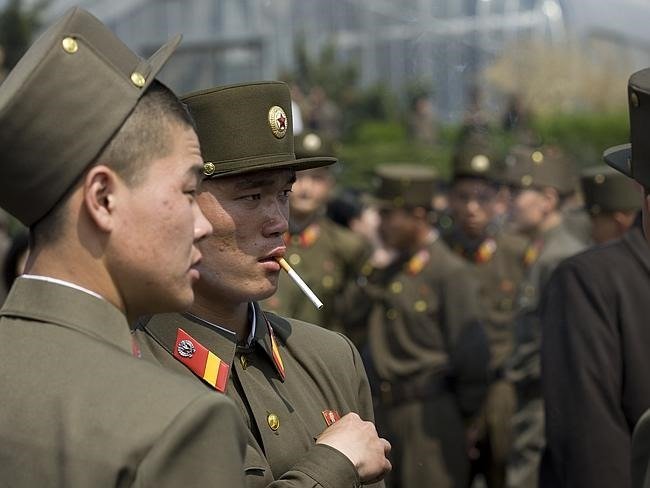 ‘It is forbidden to take pictures of soldiers relaxing.’

AskUs: How and when did our current cusswords come to existing?