Due to the spellbinding stories of the passengers and the ill-fated liner that was arguably unsinkable, the shipwreck of the Titanic continues to fascinate us over a hundred years after its brush with fate. The tragedy of the Titanic and the passengers have some air of mystery around it and even though we have tried to learn as much as we can about that ill-fated night, discoveries about it are still being made, today. Here are five eerie facts you probably didn’t know about the Titanic.

1. The Ship Did Sink As Two Parts

Until the Titanic was actually discovered, laying on the bottom of the Atlantic ocean, it was believed that the ship had sunk in one piece. During the investigation of why the ship had sunk, the Second Officer Lightoller had said that it had sunk intact in order to protect the White Star Line’s reputation as a company. However, many passengers insisted that they heard explosions and had said that the ship broke into two pieces. A research team, which discovered the wreck in 1985, ended the argument for good, confirming that the ship was found in two pieces and had sunk as such.

2. A Key Is What Could have Saved the Titanic 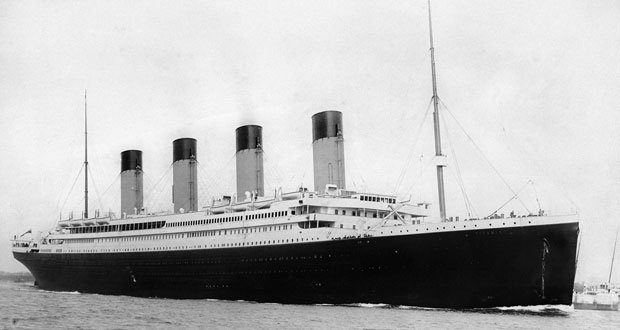 Back in 2007, a key was put up for auction, and although it didn’t seem interesting at the time to buyers, it was eventually found out that this particular key was what would have opened up the crow’s nest locker on the Titanic. The crow’s nest is where equipment was kept, such as binoculars for the crew. The owner of the key, Second Officer, David Blair, was removed from the crew the night before the Titanic set sail, and he forgot to hand over his key to his replacement officer. It has been argued that if the crew had the binoculars that were stashed away in the crow’s nest, they could have seen the iceberg sooner.

3. The Iceberg Was Photographed

The ocean liner, SMS Prinz Adalbert, which was sailing through the Atlantic on April 15th, 1912, came across an iceberg that had a huge red streak across it. The steward thought that this was odd and took a photograph of it, and noted that on one side of the iceberg, red paint was clearly visible, clearly have been made by a vessel scraping by it. What was interesting enough though was that the SMS Prinz Adalbert was not aware of the Titanic disaster at the time. 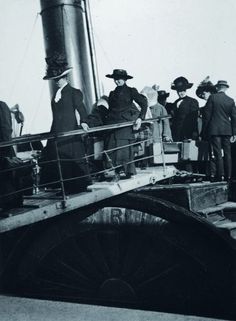 According to divers who had explored the wreckage, a lot of objects that had been touched by human hands actually stayed in a place where they were left. For instance, found in the ruin’s of a cabin, was the bowler hat of Henry Harpin, which had stayed in its place despite the sinking and the explosions. Another stateroom had a glass decanter on the washstand and water glass in a holder, both of which were found in the exact same spot they were left in.

5. A Cancelled Emergency Drill Could have Saved More

The day prior to the accident, there was an emergency lifeboat drill that had been scheduled but due to unknown reasons, the drill got canceled by Captain Smith. If the drill had gone ahead as scheduled, passengers would have had the proper protocol to follow, potentially saving more.