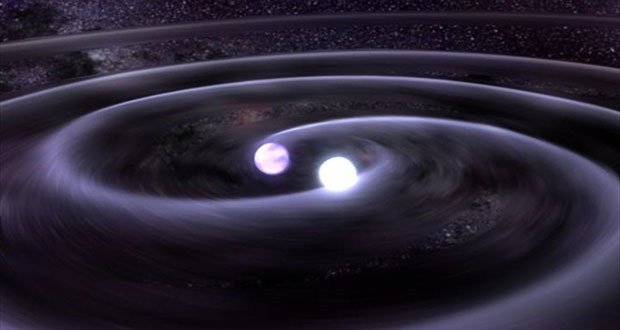 Scientists theorize that in very specific situations gravity might actually ripple (like dropping a pebble in some water). One of the most interesting examples of this is to consider two highly dense neutron stars (or black holes) orbiting each other closely at incredibly fast speeds (see image). The intense gravity of each body would, in theory, create a spiraling ripple pattern, like the one in the image, in the fabric of space-time.

Gravitational waves are the theoretical propagation of a curvature in space-time.

One of the interesting things about these waves is that scientists have recently come out with (as yet unconfirmed) evidence of gravitational waves from the big bang. This would be proof of cosmic inflation.

We can detect gravitational waves through large scale detection equipment such as LIGO. 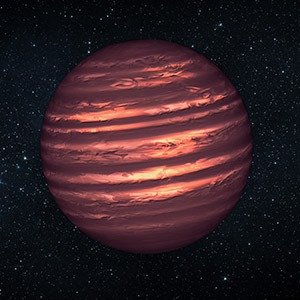 A Brown Dwarf can be considered the stepping stone between what is a planet and what is a star. A Gas Giant like Jupiter is comprised of gas. The biggest and baddest Gas Giants are so big they can technically be considered sub-stars. However, they are not massive enough to ignite and sustain Hydrogen-1 fusion, so they are therefore not stars.

Speculation as to what characterizations a Gas Giant must have to become a Brown Dwarf is pretty wide ranging. Some say it must be of a particular size, some say it needs to have fused Deuterium (an isotope of hydrogen) at some point in the planet’s existence. 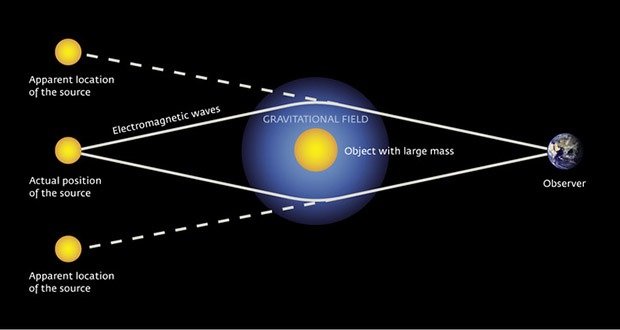 Light from a distance star/galaxy is sometimes bent by intense gravitational fields of obstructing objects. This phenomenon is called gravitational lensing. The image shown demonstrates the creation of a double-image of a distant object due to the bending of light. What is happening is that the light from the object is shooting off into space, the body between it and the Earth is pulling the light back inwards because of intense gravitational fields. When the two images reach our satellites, the object appears to be in two different places. The effects of lensing can be different, however. Here are some example photos of what lensing can actually look like: 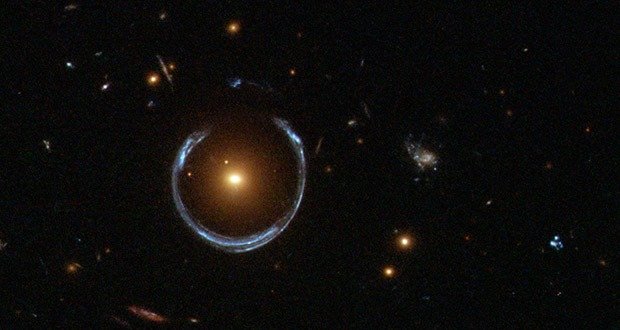 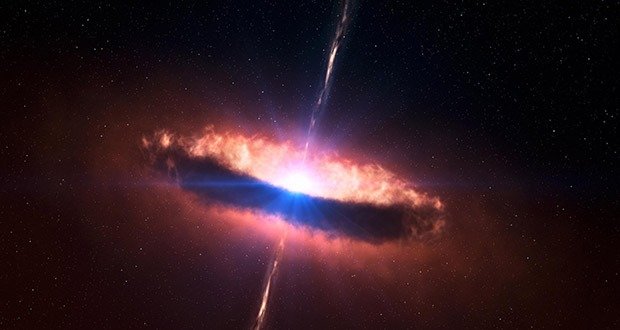 Discovered in the 1960’s, a Quasar (quasi-stellar object) is a very highly energetic object surrounding an actively feeding Supermassive Black Hole (usually at the center of a galaxy). The Quasar is the bright central area of that galaxy. In basic terms, the Supermassive Black Hole in the middle of a galaxy feeds intermittently. As it feeds, gas swirls around it at unbelievable speeds and forms an insanely bright hot orbiting disk. This is accompanied by gigantic jets of gas. They are Quasar. They are essentially ‘fuelled’ by the Black Holes they orbit. The Milky Way could potentially generate a Quasar in the future if the Black Hole at the center of it starts feeding again.

The jets of matter you see in the image are produced by the swirling gases of the Quasar. It has been suggested that the existence of these slow down and even stop the formation of stars within the galaxy. 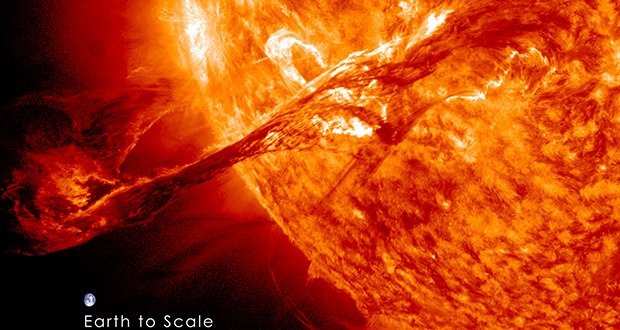 Back in 1859, Richard Carrington discovered something that he affectionately named after himself. It’s technically a natural disaster and it is something that could be catastrophic to our civilization. A Carrington event is a massive Coronal Mass Ejection (CME) fired from the sun directly at the magnetosphere of the Earth.

CME’s are, according to NASA ‘huge bubbles of gas threaded with magnetic field lines that are ejected from the Sun over the course of several hours.’ To summarize, think of them like a gigantic cosmic wave of the Suns outer shell, fired off the from the surface at millions of nuclear bombs worth of energy.

This gas is highly charged and interacts dramatically with the Earth’s magnetosphere. When Carrington first discovered the wave, it created the most massive geomagnetic storm on record. Auroras were seen all over the globe (we are talking as far south as the Caribbean). Aurora in the northern hemisphere were said to be so bright they awoke gold miners that then went on to prepare breakfast thinking it was morning.

An event such as this has very little effect on the natural processes of organic life, but an almost apocalyptic one on electrical instruments. Reports abound with telegraph poles electrocuting people, and the operators being shocked trying to use them. Some reports had telegraph operators ‘unplugging’ their systems for safety only to have them still capable of sending and receiving messages. The telegraph in the 1850’s was the greatest technology of the time. Now take a moment to think of something that doesn’t rely on technology today, you are using some reading this very article after all.

So why is this relevant at all? Well back in July 2012, we were extraordinarily close to experiencing another one, even more powerful one. We’re talking a couple of days’ orbit back and we would have been in the direct firing line of the CME.

Hypothetically, if it hits us, the first thing we would lose is our communications from the geomagnetic storm. Imagine every plane being unable to contact anyone simultaneously. Imagine every GPS crapping out, every phone-call getting disconnected all over the entire planet. What about those poor astronauts and satellites in space that would have essentially no protection and no possible contact with Earth.

Depending on the power of the geomagnetic storm, embedded technologies like mobile phones and laptops might short circuit from the extreme electrical surges (regardless of whether they were turned on or off), magnetic hard drives the world over would be either damaged beyond repair or corrupted beyond use. All backups of all our data gone, every working computer on the planet gone (every webpage runs from a computer remember). In an even more extreme case our entire electrical grid would crap out. This includes redundancies designed to replace faulty parts.

The sustained damage from a Carrington Event would take decades for us to recover from. The international community agrees that an estimated cost of an impact is around $20 trillion. That estimate doesn’t take into account the financial ruin from looting, crime, hunger from extreme delay in exports etc.