Here are 5 Propulsion Systems that could take Humans to Stars. 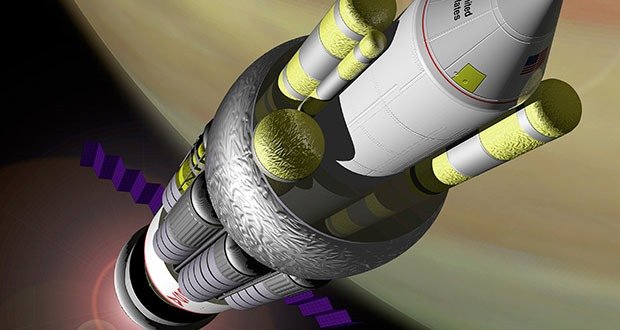 Nuclear pulse propulsion or external pulsed plasma propulsion, is a theoretical method of spacecraft propulsion that uses nuclear explosions for thrust. It was first developed as Project Orion by DARPA, after a suggestion by Stanislaw Ulam in 1947. Newer designs using inertial confinement fusion have been the baseline for most post-Orion designs, including Project Daedalus and Project Longshot. 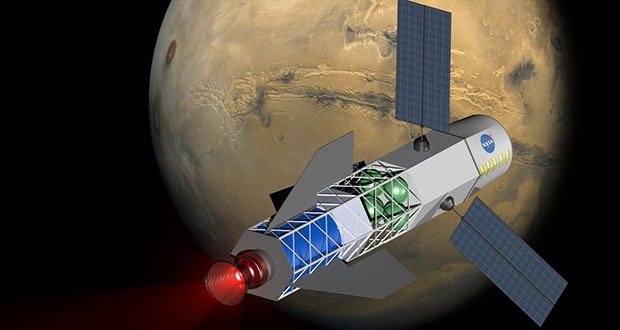 A fusion rocket is a theoretical design for a rocket driven by fusion power which could provide efficient and long-term acceleration in space without the need to carry a large fuel supply. The design relies on the development of fusion power technology beyond current capabilities, and the construction of rockets much larger and more complex than any current spacecraft. A smaller and lighter fusion reactor might be possible in the future when more sophisticated methods have been devised to control magnetic confinement and prevent plasma instabilities. Fusion power could provide a lighter and more compact alternative. For space flight, the main advantage of fusion would be the very high specific impulse, the main disadvantage the large mass of the reactor. However, a fusion rocket may produce less radiation than a fission rocket, reducing the mass needed for shielding. The surest way of building a fusion rocket with current technology is to use hydrogen bombs as proposed in Project Orion, but such a spacecraft would also be massive and the Partial Nuclear Test Ban Treaty prohibits the use of nuclear bombs. 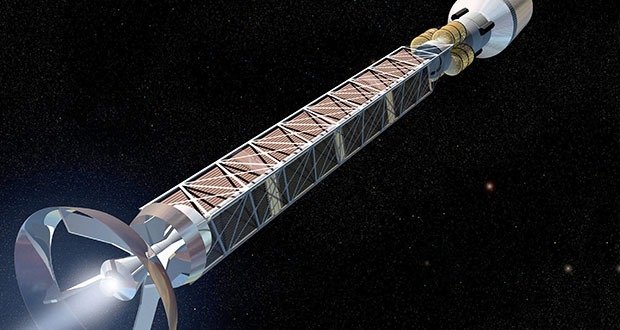 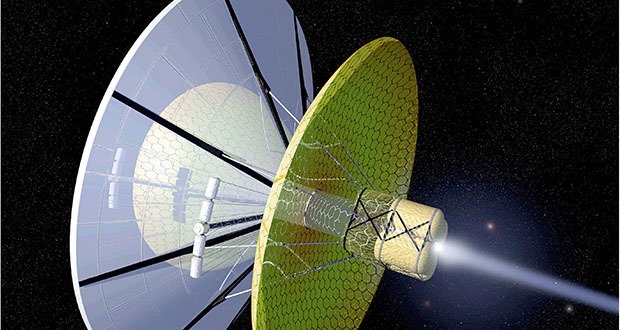 The Bussard ramjet is a theoretical method of spacecraft propulsion proposed in 1960 by the physicist Robert W. Bussard, popularized by Poul Anderson’s novel Tau Zero, Larry Niven in his Known Space series of books, Vernor Vinge in his Zones of Thought series, and referred to by Carl Sagan in the television series and book Cosmos. Bussard proposed a ramjet variant of a fusion rocket capable of reasonable interstellar spaceflight, using enormous electromagnetic fields (ranging from kilometers to many thousands of kilometers in diameter) as a ram scoop to collect and compress hydrogen from the interstellar medium. High speeds force the reactive mass into a progressively constricted magnetic field, compressing it until thermonuclear fusion occurs. The magnetic field then directs the energy as rocket exhaust opposite to the intended direction of travel, thereby accelerating the vessel. 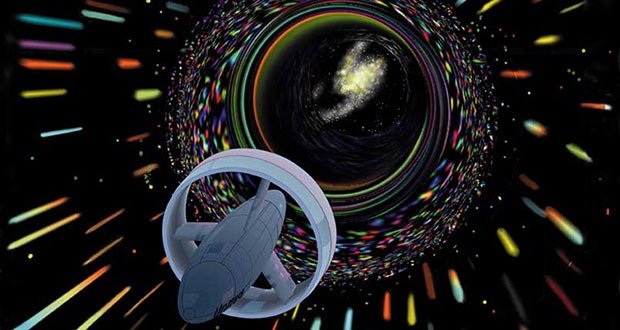 The Alcubierre drive is a speculative idea based on a solution of Einstein’s field equations in general relativity as proposed by theoretical physicist Miguel Alcubierre, by which a spacecraft could achieve faster-than-light travel if a configurable energy-density field lower than that of vacuum could be created. Rather than exceeding the speed of light within a local reference frame, a spacecraft would traverse distances by contracting space in front of it and expanding space behind it, resulting in effective faster-than-light travel. Objects cannot accelerate to the speed of light within normal spacetime; instead, the Alcubierre drive shifts space around an object so that the object would arrive at its destination faster than light would in normal space. Although the metric proposed by Alcubierre is mathematically valid in that it is consistent with the Einstein field equations, it may not be physically meaningful or indicate that such a drive could be constructed. The proposed mechanism of the Alcubierre drive implies a negative energy density and therefore requires exotic matter, so if exotic matter with the correct properties does not exist then it could not be constructed. However, at the close of his original paper Alcubierre argued that the Casimir vacuum between parallel plates could fulfill the negative-energy requirement for the Alcubierre drive.