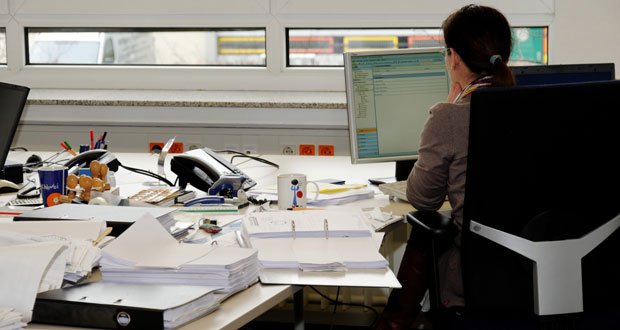 Secretary jobs are one of those great underappreciated careers. To the uninitiated observer, it seems like a secretary’s job is to man the phone and make coffee.

As any secretary will tell you, that’s not the case. Many offices couldn’t survive without their secretaries.

The job itself has an impressive history, including one of the most famous James Bond characters. Here are five essential facts you didn’t know about secretary jobs (but should know if you’re thinking of becoming a secretary).

Secretaries are still overwhelmingly female, though not exclusively. It’s still a dominant job among women, in part because generalist jobs usually dominate the market and in part because the job has long been viewed as female since it used to be one of the best jobs an educated, unmarried woman could get.

These days, though, secretaries (or, rather, assistants) are receiving more responsibilities than their predecessors ever did. The job used to consist of typing, answering phones, and making coffee, while the PA of today is far more involved in the center of the business.

In fact, secretary jobs are so essential that many movers and shakers would be completely lost without them. They perform critical filtering and organizational roles for their bosses, allowing their bosses to focus on the big picture.

For example, assistants are critical in arranging meetings, organizing communication, maintaining databases, and bookkeeping. Many of them now

3. Some Jobs Have Specialized Training

Not all secretaries are created equal. In fact, your job may come with specialized training depending on what type of secretary you are.

Medical secretaries, for example, are the foundation of any successful medical office. And while they may not have an MD, many medical secretaries are responsible for medical billing and coding, a set of industry-specific technical skills.

Secretaries also need a certain degree of bedside (or, phone-side) manner, as they’re the first person a patient interacts with when they contact the office.

For a complete look at what medical secretaries do, you can learn more here.

Who’s the most famous character in a James Bond film (after the main man, of course)?

Samantha Bond, the English actress who originated the role, served as a secretary in real life before escaping to a new role in James Bond fame. Since the first Bond film, Dr. No, Miss Moneypenny is the only character to appear in every Bond film besides James Bond himself.

The original Miss Moneypenny also embodies several classic stereotypes about secretaries. Samantha Bond’s Moneypenny is the soul of discretion, always on duty and always just a bit flirtatious with the suave Mr. Bond.

The role changed when Samantha Bond took over in Goldeneye–Miss Moneypenny is shown to have a life outside the office, answers Bond’s quips with equally sharp witticisms, and refers to him as 007 instead of a breathy “James”.

Further iterations of Moneypenny have further reflected changing office dynamics, particularly as the role of M, Moneypenny’s boss, evolved. The dynamic between Naomie Harris’s Moneypenny and Dame Judi Dench in Skyfall is rather different than the original Moneypenny and M.

5. Nixon and the Rose Mary Stretch

Real-life secretaries have played pivotal roles in shaping history, even if many of them went unnoticed. That wasn’t the case for Rose Mary Woods, the longtime devoted secretary of disgraced former president Richard Nixon.

Woods worked for Nixon for decades and was viewed as part of the Nixon family. She was also one of the most doggedly loyal and tight-lipped members of the Nixon inner circle.

She also took part of the blame for the missing portion of a taped conversation between Nixon and his chief of staff, H.R. Haldeman, on June 20, 1972, three days after the break-in at Democratic headquarters in Washington.

Her role is demonstrated in one of the most memorable photographs of the Nixon era, as the Watergate investigation was underway. In the photo, Woods reaches far behind her back for a telephone as her foot hits the pedal controlling the transcription machine.

Known as the “Rose Mary stretch”, this was intended to demonstrate the chain of events in which Woods said she could have accidentally erased part of the tape as she was transcribing it at President Nixon’s orders.

Still, the error could only account for five minutes of the missing eighteen and a half minutes of tape. The missing tape still helped to erode Nixon’s credibility on Capitol Hill at a time when his presidency was already beginning to unravel under the unfolding Watergate scandal.

More About Secretary Jobs (and So Much More)

Secretary jobs have a reputation inherited straight from the 50s (and revived by Mad Men) but the truth is, offices without secretaries are disorganized, disheveled, and ill-equipped to handle day-to-day office demands.

Secretaries are the unsung heroes of the corporate world, and it’s time we give them as much appreciation as CEOs and high-level executives. After all, those C-suite power players wouldn’t be able to do their jobs without a secretary keeping things in order.

Want to find out more about secretaries and other fascinating careers? Make sure to check out our blog for more great posts like this one. There’s always time to learn something new!

October 22, 2019
Latest Posts
Subscribe to Blog via Email
Did you know?
Loading...
Facts of the Day
Registration is disabled.