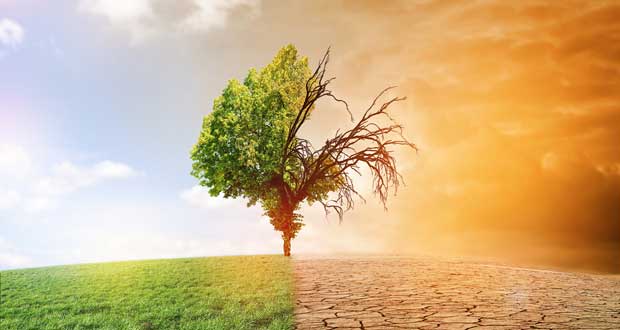 Did you know that 2016 was the hottest year on the planet? Global temperatures have been on the rise since for most of the 21st century; a condition referred to as global warming. The phenomenon affects over 800 million people globally.

Greenhouse gases such as carbon dioxide trap the sun’s heat on earth, thus leading to global warming. While global warming is one of the most discussed topics around the world, there has not been many efforts among governments and individual citizens to curb the trend. Below are interesting facts you should know about global warming.

The increase in global temperatures melts polar ice, therefore, leading to the rise in sea levels. People living on the coast are likely to experience coastal flooding. You should also expect severe droughts and heat waves due to global warming.

We might have to pay more for our favorite cup of coffee due to global warming. Change in weather patterns significantly affects farmers’ ability to produce a quality crop. In the long run, the limited food supply will increase food prices in the developed world and lead to starvation in third world countries.

3. How Global Warming will Impact Technology

In a bid to reduce fossil fuel emissions, people have been encouraged to use environmentally friendly sources of fuel such as solar power. For example, Los Angeles aims to be a green city by 2045. In the years to come, expect increased research on green energy.

Communities affected by drought are likely to get into conflict over water resources, grazing land, and food. These wars will lead to global migrations and an increase in the number of refugees. They might also escalate global tensions since powerful nations may support different factions in the conflict.

Countries that are heavily dependent on agriculture are likely to face recession due to a drastic drop in their Gross Domestic Product (GDP). Economic hardships, war, and starvation will reduce the global population, which means the cost of labor will increase. New sectors, such as those dealing with immigration, will emerge.

6. Climate Change is Likely to Affect Your Mental Health

Forget skin cancer, the impacts of global warming are likely to affect our mental health. Economic hardships, food shortage, natural disasters, and wars will affect basic social structures such as the family. Therefore, we are likely to experience increased cases of stress, hypertension, and depression.

The increase in sea levels means that people living on the shoreline will have to move to higher ground. These people will need to construct new houses in their new neighborhoods. On the other hand, a ban on building materials such as wood will push the construction sector to rely on environmentally friendly alternatives.

What Can You Do?

The impacts of global warming are similar to what the world will look like in the last days. Not to worry because we can reduce these impacts by minimizing carbon emissions in our environment. Play your part by installing a solar panel to power home appliances and light up your home.

April 12, 2016
Latest Posts
Did you know?
Loading...
Facts of the Day
Registration is disabled.