Here is a list of 9 Great Hollywood Movie Mysteries. 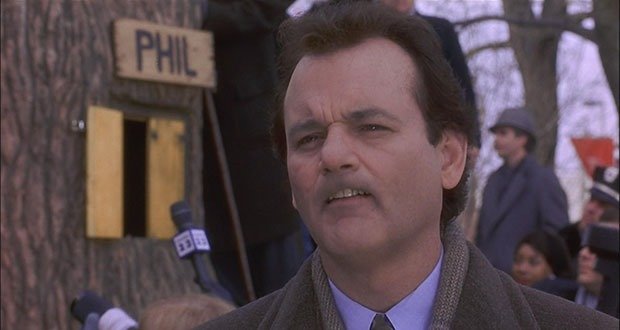 How long was Phil stuck in the time loop?

According to director Harold Ramis, it goes on for about 10 years (3,600+ iterations). There are a minimum of 34 separate Groundhog Days actually depicted onscreen in the film. Harold Ramis later corrected his earlier estimate stating that “I think the 10-year estimate is too short. It takes at least 10 years to get good at anything, and allotting for the down time and misguided years he spent, it had to be more like 30 or 40 years”. 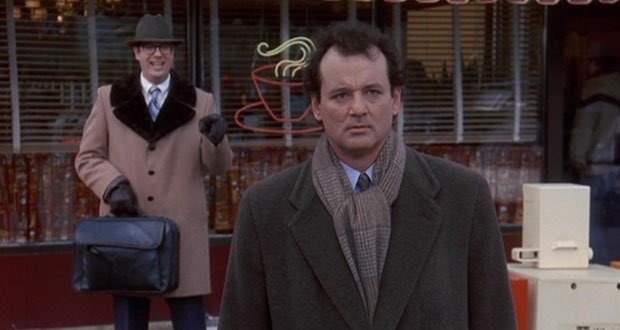 A writer by the name of Simon Gallagher thoroughly examined all of the evidence presented in Ramis’ film: how long it would take to learn to throw playing cards (six months at a conservative estimate of four or five hours a day of practice), how long it would take to become a master ice sculptor (seven years at four to five hours per day), how long it would take to watch a movie 100 times and so on and so on. And after all that math (he even accounts for the extra day in leap years, though would leap years really matter if he’s stuck in a world that never fully orbits the sun?), what’s the final count? A whopping 12,403 repeated days, which is just shy of some 34 years stuck in timeless, existential limbo. 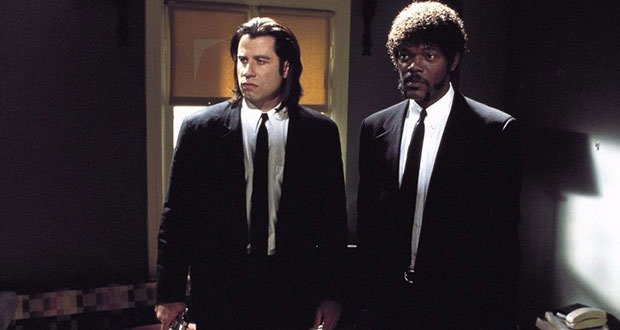 What’s inside the briefcase?

The most persistent theory is that it is Marcellus Wallace’s soul.

The story goes that when the Devil takes a person’s soul, it is removed through the back of the head. When we see the back of Marcellus’s head he has a Band-Aid covering the precise spot indicated by tradition for soul removal. Perhaps Marcellus sold his soul to the devil which would also explain why the combination to open the briefcase is 666. 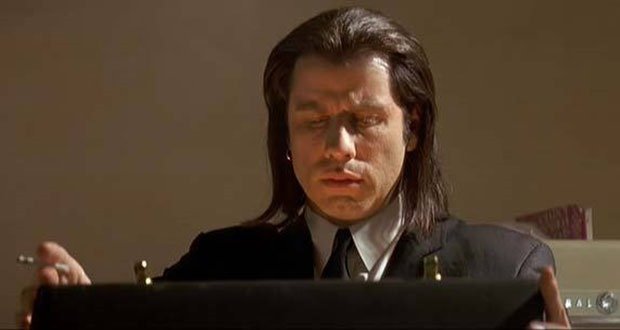 Quentin Tarantino has said that the band-aid on the back of Marsellus Wallace’s neck had nothing to do with an allusion to the Devil stealing Marsellus’s soul… but that the actor Ving Rhames had a scar on the back of his neck he wanted to cover up.

According to Roger Avary, who co-wrote the script with Quentin Tarantino, the original plan was to have the briefcase contain diamonds. This seemed neither exciting nor original, so Avary and Tarantino decided to have the briefcase’s contents never appear on screen; this way each film-goer could mentally “fill in the blank” with whatever struck his or her imagination as best fitting the description “so beautiful”. The orange light bulb (projecting shimmering light onto the actors’ faces) was a last-minute decision and added a completely unintended fantastic element. 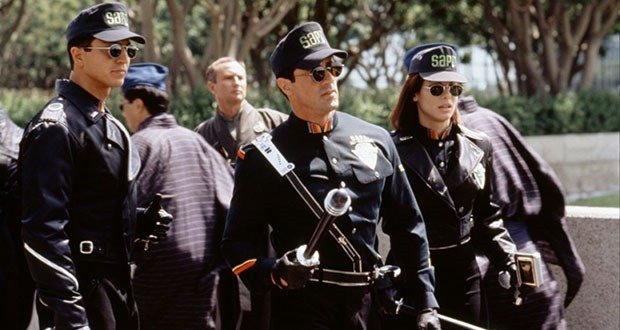 How do you use the three seashells? 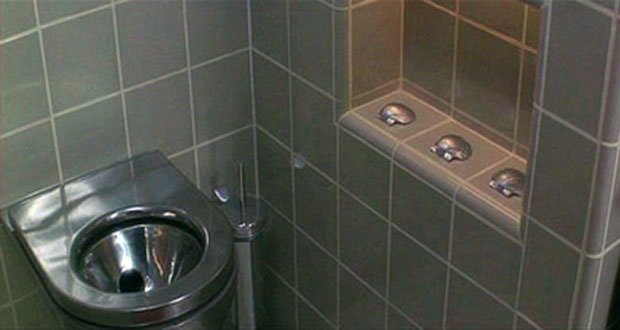 In an interview, Stallone said: “OK, this may be bordering on the grotesque, but the way it was explained to me by the writer is you hold two seashells like chopsticks, pull gently and scrape what’s left with the third. You asked for it. Be careful what you ask for, sorry.”

In a more recent interview (2013), Sandra Bullock said: “Well, think of a bidet, right?. “There’s several processes. You have number one, you have number two, and then the cleanup.” 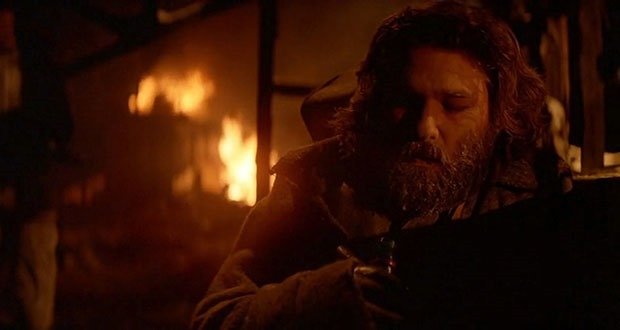 What happens to MacReady at the end of the movie?

MacReady (Kurt Russell) and Childs (Keith David) are the sole survivors of a horrific event at an Antarctic research station. An alien parasite—one that can take the form of its host body—has killed everyone else at the base: not knowing if the other is infected, the two cautiously regard one another as the station burns away in the freezing polar night… 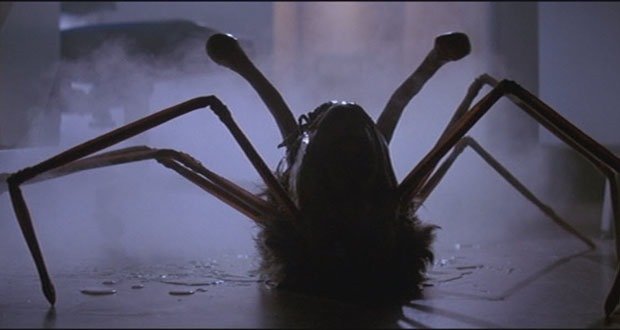 According his commentary track on the film’s DVD, Thing director John Carpenter briefly considered having MacReady become infected, but ultimately chose to go with a deliberately ambiguous ending (one that we like to imagine has the non-infected characters eventually succumbing to the sub-zero temperatures).

According to an apocryphal story first reported on Reddit in Feburary 2013, when asked about the ambiguous ending of the film, John Carpenter responded that he never understood how could there be any confusion about whether Childs or Macready are human or not because the last scene shows “Kurt Russell and Keith David staring each other down, harshly backlit. It’s completely, glaringly obvious that Kurt Russell is breathing and Keith David is not.” 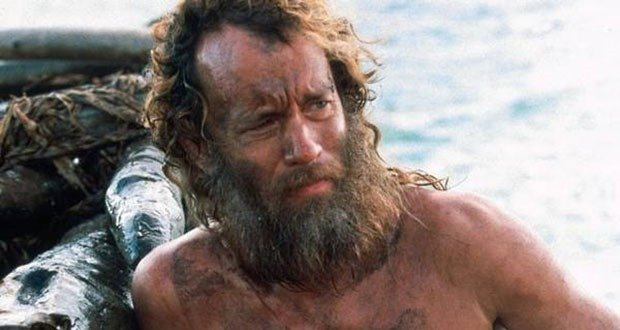 What’s inside the FedEx package?

The package serves as a nifty framing device: the movie opens with a woman handing it to a FedEx deliveryman—and ends with Chuck finally returning the box to the Texas studio of its sender. And it kinda works as a nice symbol: the angel wings drawn on the box perhaps representing Chuck’s hope of a miraculous rescue. 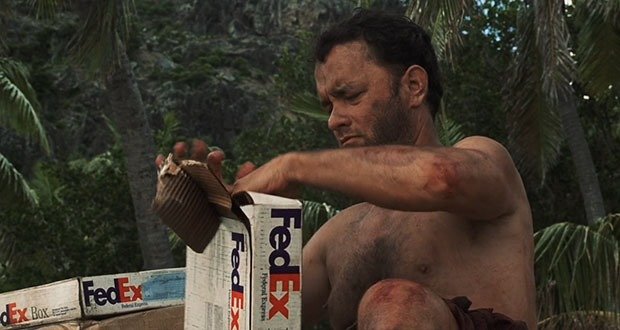 While its clear the package’s contents are meant to remain unknown, director Robert Zemeckis once (jokingly) claimed it was a waterproof, solar-powered satellite phone. 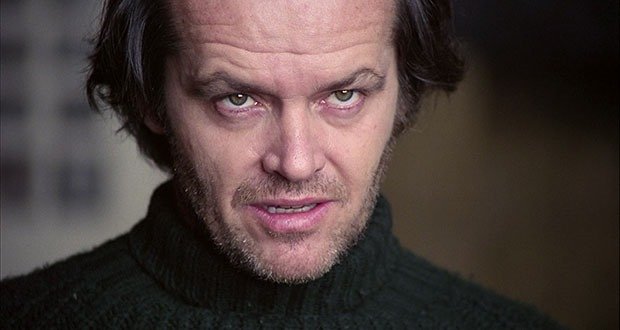 What is the significance of Room 237?

In his novel on which the film is (rather loosely) based, author Stephen King reveals that Room 217 (the number was changed for the movie) was the scene of a suicide—and that those with a set of special psychic powers are able to see an older lady in a bathtub. Halloran, the hotel chef leaving for the winter, tells Danny Torrance (who shares his powers of “shining”)—to avoid the room. 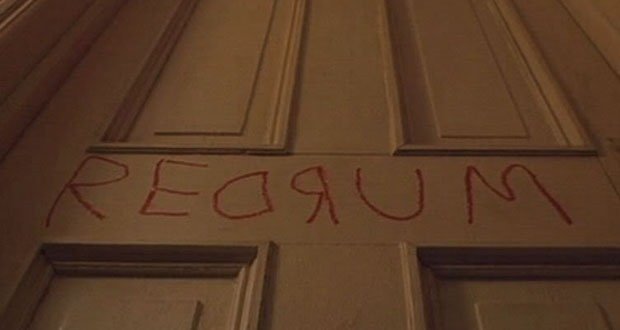 No such back story is given in the movie: we simply understand that Room 237 is inhabited by a malevolent womanly spirit—who tries to strangle young Danny, and, later, terrorizes his father. 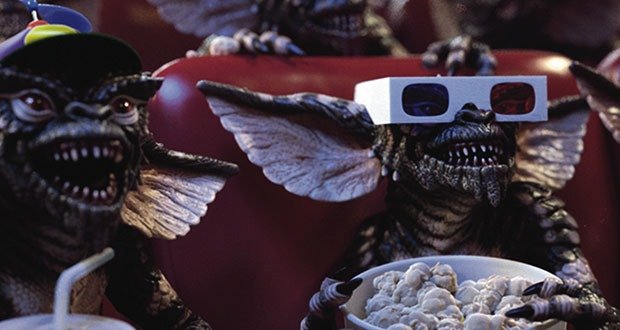 If you’re not supposed to feed a gremlin after midnight, when, exactly, can you start feeding them again?

There’s no real explanation given. The only possible explanation is magic. Following the common themes of magic, it’s a problem between the witching hour (midnight) and dawn – dawn being the typical start of a new day. 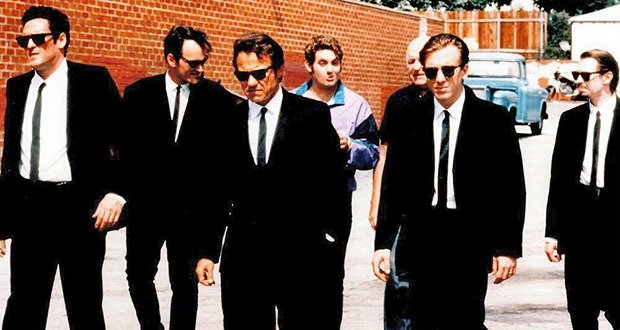 Who shoots “Nice Guy Eddie” in the climactic shootout?

What goes down after the Mexican standoff has long been the subject of debate. The script has Mr. White (Harvey Keitel) blasting away at Eddie (Chris Penn) after shooting Eddie’s father (played by Lawrence Tierney). 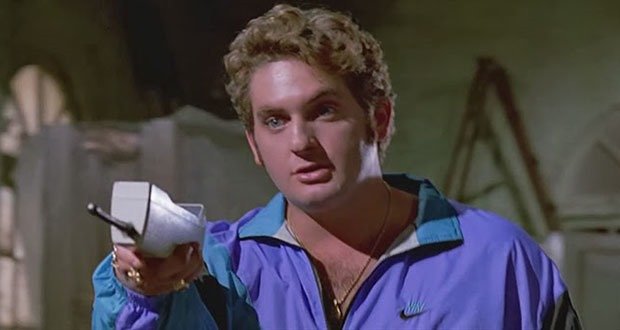 But it didn’t go down like that when they got around to shooting the scene. According to Penn, a squib misfired, causing Harvey to go down before he could put a bullet in Eddie. This mistake didn’t bother the director, says Penn: “Quentin said ‘You know what? It’ll be the biggest controversy of the film. We’re leaving it.’ He was definitely right.” What goes down after the Mexican standoff has long been the subject of debate. 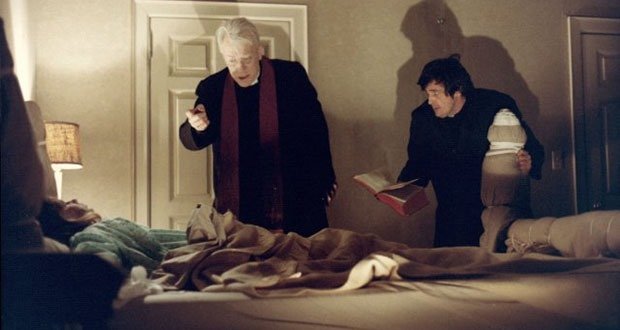 Why does the demon that possesses Regan react to the fake holy water?

It’s hard to believe that the demon mistakes the tap water for water blessed by a priest. It certainly makes the entity that much less frightening.

It makes more sense to us that the demon wants to sow some seeds of doubt in the mind of the young Jesuit priest, already burdened by a crushing crisis of faith.