Here are 9 Innocent Looking Pictures with a Scary Back Story. 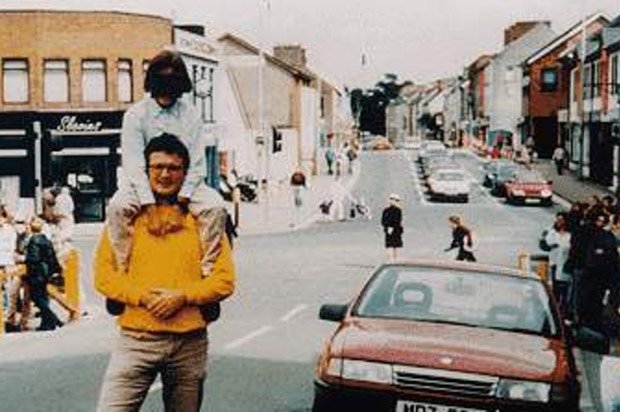 On August 15th 1998, a father and daughter had their photo taken in Omagh, County Tyrone in Northern Ireland. Shortly afterwards, the red car seen in the photograph would explode, killing 29 people and injuring 220 others. The car bombing was carried out by the ‘Real IRA’, an IRA splinter group who opposed the IRA’s ceasefire and the Good Friday Agreement. 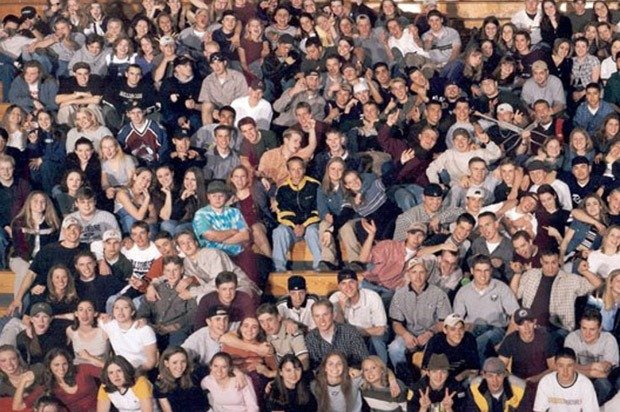 At first glance, it may look like a normal class photo. But it’s actually a photo from Columbine High School taken weeks before the infamous shooting in 1999. The students in the top left pretending to aim guns at the camera are Eric Harris and Dylan Klebold, the teens who would end up slaughtering their classmates just a few days later. 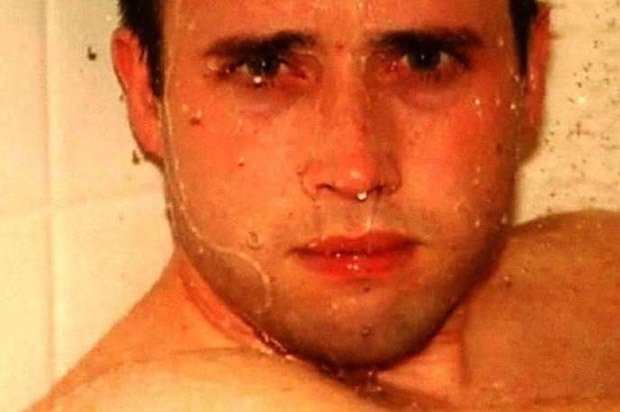 This photo was found on a damaged camera that had gone through the washing machine at the home of Travis Alexander. The next few shots show Alexander bleeding on the bathroom floor, minutes after being attacked. The photos were taken by Jodi Arias, Alexander’s girlfriend, and the one above just minutes before she stabbed and shot him. 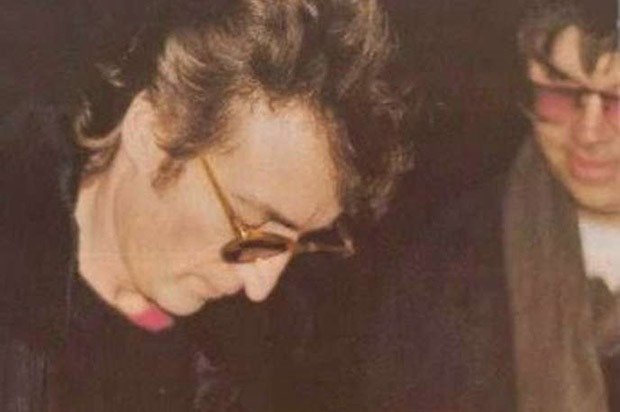 This is a photo of John Lennon giving an autograph to Mark David Chapman, the man who would murder him only hours later. Chapman later said that he was incensed by Lennon’s remark that the Beatles were “more popular than Jesus”, calling it blasphemy. He made no attempt to flee or resist arrest.

James Bulger and his Abductors 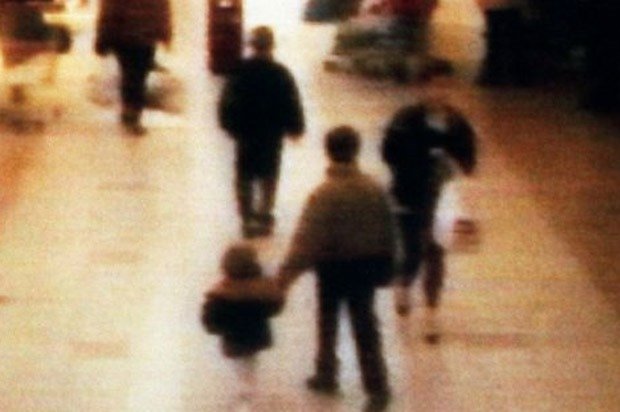 This photo was taken by a security camera in February of 1993, showing two ten-year-old boys abducting 3-year-old James Bulger from a mall in Kirkby, England. After taking him on a 2.5 mile walk, the boys tortured and murdered him, leaving his body on some railroad tracks. The boys were found guilty of murder and became the youngest convicted murderers of the 20th century. 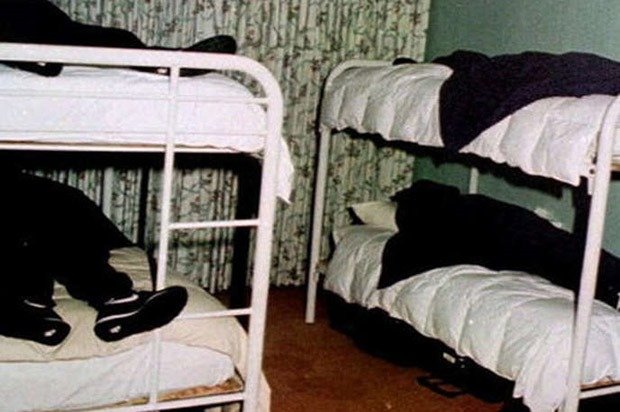 This photo depicts members of the Heaven’s Gate cult who, in March of 1997, were convinced to commit suicide by leader Marshall Applewhite. They believed Earth was about to be wiped out and that suicide was necessary to escape and reach an alien spaceship that was traveling behind the Hale-Bopp comet. 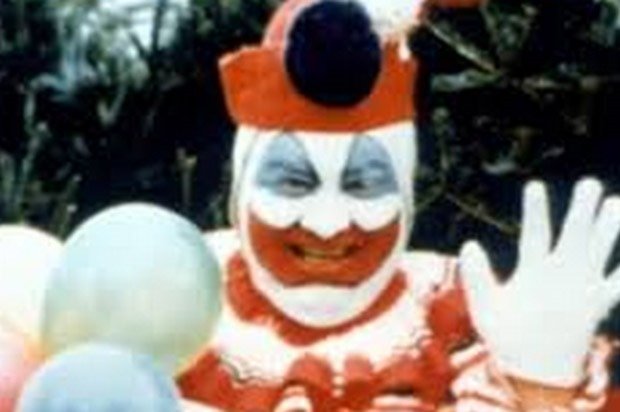 You may never have heard of Pogo the Clown, pictured above, but when the paint comes off he was better known as John Wayne Gacy, serial killer and rapist in the 1970s. When he wasn’t appearing as a clown at children’s birthday parties, Gacy was sexually assaulting and murdering over 30 young males in just over 6 years. He became known as “The Killer Clown” and was sentenced to death in 1980. 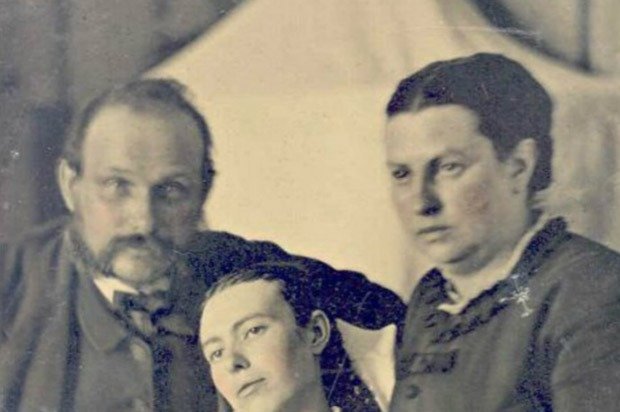 In the early 19th century, people had to remain very very still for photographs, so that the camera could process slow shutter speeds. You’ll notice the mother and father have the natural blurriness that’s caused by swaying or movement, but the daughter is perfectly still. That’s because she had passed away earlier that day. It wasn’t uncommon in those times for families to take photos with their deceased loved ones. 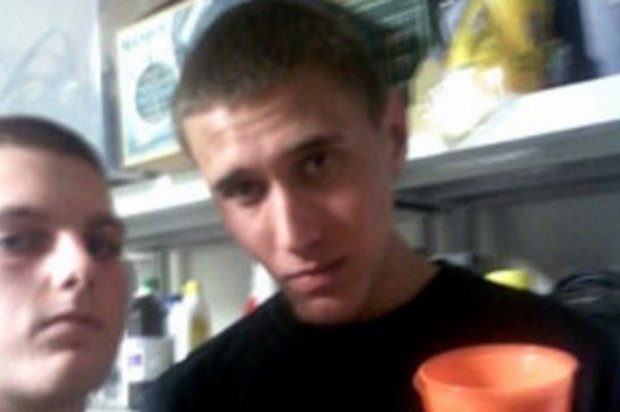 Just two kids at a party right? Yeah, except the kid on the right had just murdered his parents and hid their bodies in an upstairs bedroom. He supposedly spent three hours cleaning up the blood before inviting friends over. During the party, Hadley told a friend about the killings who later tipped off the police.