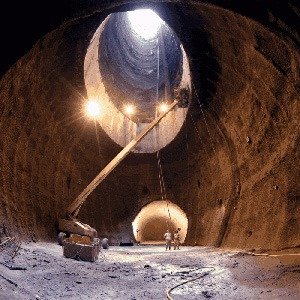 1. There exists a massive abandoned supercollider in Texas. Its construction was approved in 1987 and it was supposed to be the largest particle collider in the world when completed (3x the Large Hadron Collider at CERN in Switzerland). It was abandoned in 1993 due to escalating estimated cost. When the project was cancelled, 14 miles of tunnels and 17 shafts had already been dug, as well as all surface structures completed. – Source

2. Hashima Island of Japan at its peak in 1959 was the most densely-populated place on Earth with a population density of 139,100 people/km2. It was abandoned 1974 after its coal mines were shut down. It is now a ghost island filled with abandoned high rise concrete complexes. Google sent a lone employee to map the entire island last year. – Source

3. In 2005, US Supreme Court ruled in favor of the application of Eminent Domain to kick homeowners off of their property so private developers could build hotels, health clubs, and condos in New London, Connecticut. About 9 years later, the abandoned property remains an overgrown, barren field. – Source

4. There is an abandoned island at Disney World called Discovery Island that 3 guys swam to and found preserved snakes in coke bottles and more eerie stuff. – Source

5. A guy in Japan laid legal claim to 2.5 million acres of abandoned woodlands via adverse possession, acquired ownership by prescription, then declared independence from Japan and founded a micronation. – Source 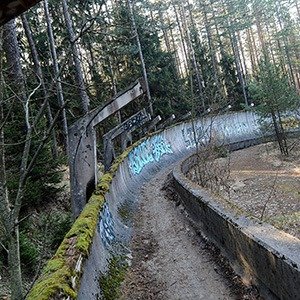 6. A large number of past Olympic venues are now sitting abandoned with no intention of repurposing. – Source

7. Deep inside an abandoned mine 230 feet below Pennsylvania, 600 federal workers process truckloads of retirement paperwork by moving files by hand to and from over 28,000 file cabinets, desk to desk, from cavern to cavern. The process works as slowly now as it did in 1977. – Source

8. There is a ‘ghost town’ in New York City called “The Hole”. It is an area of Queens built too close to the water table, which is mostly abandoned, usually flooded, and was once a body-dumping ground for the mafia. – Source

9. In 2007, China tried to build a city that was an exact replica of Paris, right down to the replica Eiffel Tower, but it is now a ghost town. – Source

10. An underground mine fire that was ignited in 1962 still burns today and has transformed Centralia, Pennsylvania into a modern day ghost town. – Source 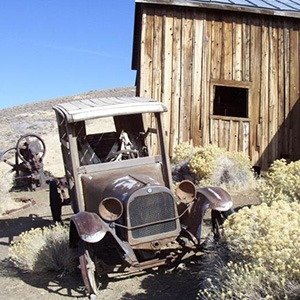 11. British Columbia holds the record for most number of ghost towns in any jurisdiction in North America, estimated at being more than 1500. – Source

12. Kitsault in British Columbia is a ghost town that was abandoned almost overnight in 1983. Everything is still there and the power is still on. The whole town was purchased by an American recently who wants to turn it into a resort for intellectuals. – Source

13. HM Fort Roughs was a floating British base that was abandoned after World War 2, until a rogue DJ moved there. He declared the floating fortress the Principality of Sealand. He raised a flag, named himself Prince and his wife Princess. Sealand withstood court challenges, and remains an independent nation to this day. – Source

14. Cleveland has an entire abandoned subway system with four stations that have never been used. – Source

15. There are 30 foot wide abandoned tunnels behind Niagara Falls. – Source 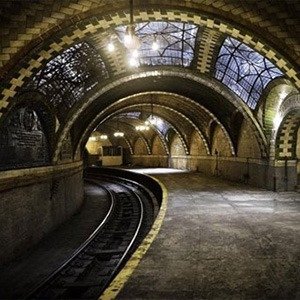 16. There is an abandoned subway station under City Hall in New York that no train stops at but you can see it in passing if you take the number 6 train. – Source

17. After almost getting decapitated while riding his ATV in an abandoned amusement park in northern Arkansas, a boy was awarded the amusement park after suing the owners. – Source

19. A cargo ship, abandoned by its crew in Alaska in 1931 after being trapped in pack ice, drifted empty near Alaska for nearly forty years, and may still be afloat somewhere on the ocean. – Source

20. There is an abandoned theme park in China called “Wonderland” that never opened. It was supposed to be “the largest amusement park in Asia.” It is now covered in fields of corn. – Source 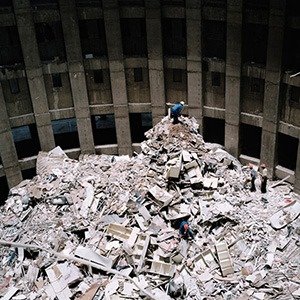 21. Ponte Tower in Johannesburg, South Africa has an open 54 story inner core. When apartheid ended, many gangs moved in and the inner core filled with garbage and debris five stories high as the owners left the building to decay. – Source

22. In 1984, a toxic gas leak at Union Carbide pesticide plant in India killed 3,787 people and injured 558,125 others, making it the worst industrial accident of all time. The abandoned plant continues to pollute nearby groundwater to this day. – Source

23. There are large numbers of abandoned highways in the US. They are typically left in place and known as lost highways. – Source

24. There is an abandoned, floating McDonald’s restaurant anchored in the waters just outside Vancouver. – Source

Who is a good comedic actor that ended up being a great dramatic actor?