Longtime ago, we asked our regular contributors through e-mail, What ‘insider’ secrets does the company you work for NOT want it’s customers to find out? We got many interesting responses. Here are some of them. We have just copied and pasted their responses, not editing them in any way and most of the respondents have requested to stay anonymous, so no names will be published. 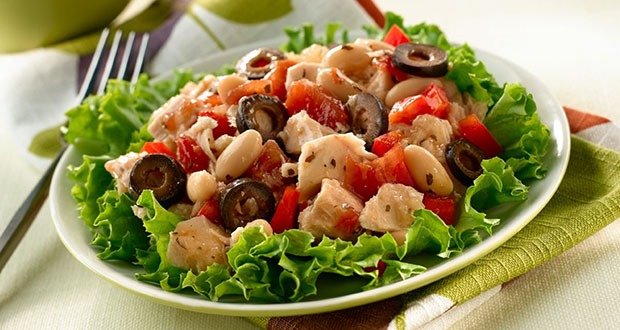 01. Former sandwich shop employee. They put soy sauce in the tuba salad. There, that’s the secret recipe. Manager made me sign an NDA about it. Spy sauce. Shhh.

02. Our Chinese manufacturers will be more than willing to supply us with a certificate assuring us and our clients that the cardboard and paper packaging for our new line of electronics is 100% recycled and eco friendly. 1000% Bullsh*t.

03. I used to work for IBM. It was well known within IBM that all projects would be significantly understaffed. This meant that the people working on those projects would work their assess off. We were all salaried employees so we made no more money by working 80 hours per week compared to the normal 40 hours per week. IBM did make more money however since most of our projects were billed as time&materials (effectively hourly). When some internal people started complaining about the excessive overtime IBM offered them the option of becoming an “hourly” employee. This meant that they no longer had access to healthcare, 401K etc, but they would be making significantly more money, in some cases more than doubling their previous salary since they would be getting paid for every hour worked. IBM didn’t think many people would choose the hourly option, thinking that their benefits plan was enough to keep people there as salaried employees. Of those that were offered the option, something like 95% chose to become hourly. Every single person that chose the hourly option was fired within one month. That meant that some projects that were already understaffed were even more understaffed. Many projects were cancelled or delayed because IBM chose to use these employees as an example of what happens when you complain too loudly.

04. I work at a big store in The Netherlands and at the end of every advertisement week we have to make sure the shelves are almost empty so it will look like almost everything sold out and the products we sell are popular. In reality we still have a lot in the stockroom but this way people will buy it faster because 1) it’s on sale 2) it’s almost sold out 3) it’s a popular product 4) they think the company as a whole is doing a great job. It isn’t really a big secret but I thought it’s quite funny.

05. This is true of academia in general but you have no idea how much money textbook companies spend on wooing professors. Just to give a couple examples: the last time I went to the big conference in my field, which was held in Atlanta that year, Bedford-St. Martin rented out the Atlanta Braves stadium, bused everyone at the conference there (about two thousand people), gave us a free buffet that stretched through three rooms (we were up in the box seats) with an open bar and they opened up all the games in the back hallways for us to play. Pearson’s party was far more modest: they rented out the Coke museum, gave us all free tours and their free buffet only stretched through one freaking room (but with much classier food) but still had an open bar. Just in case you were wondering why those textbooks of yours are so expensive. 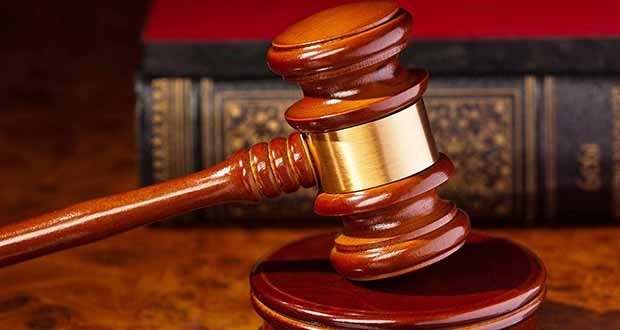 07. Dominos pizza tracker isn’t accurate. Employees can enter sh*t on the computer to make your order to appear at a different stage than it actually is. The horror.

08. You don’t have to get a GED. It’s just one type of high school equivalency, but GED is synonymous with that concept so people don’t know there are other options. Pearson likes it that way because they can charge $120 per test, with most of that money going to Pearson. Pearson doesn’t want you to know that, depending on availability, you can also take the HiSET or the TASC battery of tests for half the price or less. Until a few years ago (before Pearson stepped in) the GED cost $10 to $20 in most places.

09. A looooooong time ago I worked in a pet store at a mall. The company’s motto was “The customer comes first” which is a kind of fu*ked-up motto to have when you’re selling, you know, live animals. They obviously cared more about sales than the animals’ welfare, and would push rabbit sales around Easter even though buying a rabbit just because they’re cute around a particular holiday is a terrible, terrible idea. They also sold a number of exotic small animals that I’m pretty sure would have actually made terrible pets due to being nocturnal and high-strung. In short, don’t shop at pet stores. Your local animal shelter has your new best friend waiting for you, for much cheaper or maybe even free.

10. Scientist here. About 50% of all published results cannot be reproduced in another lab. A lot of statistics are tweaked with to get results that are ‘statistically significant’, which is skimming the edge of what’s legal and what is not. 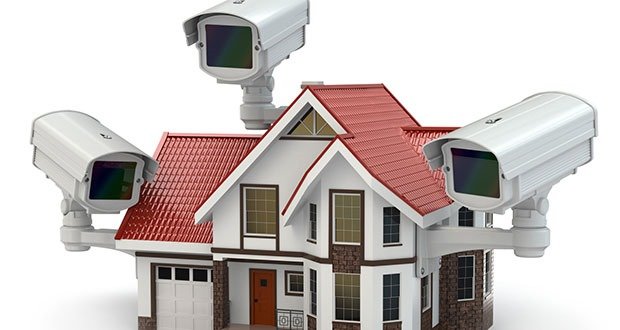 11. I worked for a home security company. 2 big secrets:

12. Your flight didn’t get cancelled due to weather. There’s an equal chance it got cancelled because of maintenance issues, staffing, or scheduling problems. If there’s a cloud in the sky at either airport they will just code it as a weather cancellation so the airline doesn’t have to buy you a hotel room/meal vouchers.

13. Camera Repair. Due to the camera industry (and the entire electronic industry as a whole) actively taking steps to undermine competition, we are barely holding on. Steps the camera manufacturers are taking:

14. I work for a mortgage company. Two things:

15. The USA famous brand MyPillow and its “official pillow of the national sleep foundation” means nothing since the owner created the group. 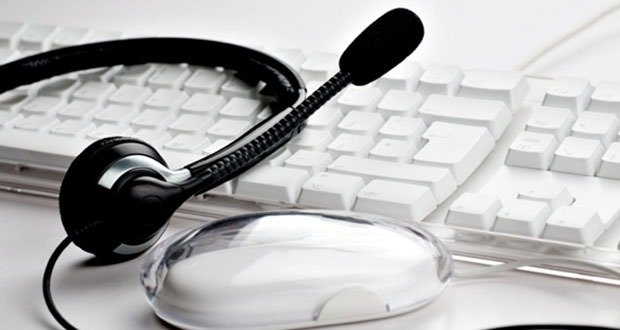 16. In USA, it is currently illegal to autodial a cell number from any equipment capable of autodialing (even in manual dial mode) without expressed written consent. Get name and address of dialing company and have a lawyer send a notice. You’ll settle for a few grand per incident. Be a real jerk and get 50 numbers from a high turn over carrier (boost mobile). Then just wait for calls. Then sue everyone who calls because you didn’t give expressed written permission. We got dinged by a guy doing that.

17. Anesthesiologist here. A large part of my job is to protect you from the surgeon who doesn’t care about your 5 heart attacks, unstable angina, and the fact that you ate breakfast when instructed not to. If your case is cancelled or delayed there is almost always a good reason. The surgeon will make it seem like it is anesthesiologist’s fault but it is because they likely didn’t care enough to ask about your medical history, didn’t do the proper preoperative work up, or just don’t care.

Other then that I have no secrets to report. Intraoperative awareness is exceedingly rare (1:20000), I won’t let people make fun of you or talk inappropriately while you’re under, and we take physician medication diversion/drug addiction extremely seriously.

18. I used to work for a Tax service. I don’t want to get in trouble, so lets call them Tiberty Lax Service. The people that they hire to do your taxes have AT MOST two weeks of training. When I was there, I knew people who didn’t even have that- usually only a week. They will charge you 99$ PER FORM for your taxes by the way.

The scummiest thing however that I observed was the sales tactic they used. Most often, you’d be offered a free quote. Come in, let them see your paperwork and they’ll tell you what you can get. What would often happen however, is that you’d go in, they would go through the entire process of filing your return and at the end, you’d basically be pressured into paying because they already did all the work. And if it turned out that you couldn’t pay at the moment, there was also the convenient option of just subtracting the amount from the return itself.

20. Worked Injection molding almost my entire life, my uncle and father build/rebuild molds in a mold repair shop. Almost every mold that has a “Made In the USA” texture somewhere in it will have it removed. A lot of companies do NOT want their parts saying “Made in the USA”. Their reasoning is if you know it was made here, then you know there is someone to sue. If it;s made in some shop in China your less likely to pursue legal action, whether bogus or justified. 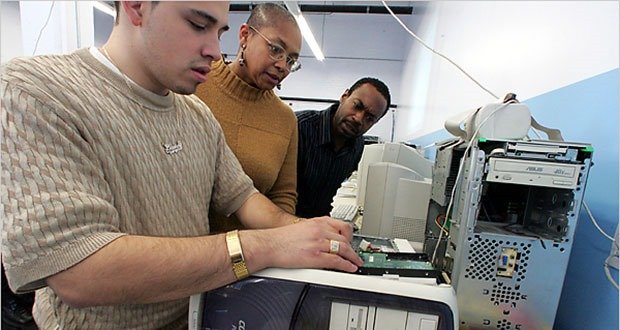 21. Former employee for a “Computer Refurbishing” company that sells computers on Amazon. Mostly Dell and HP Desktops, as well as Lenovo, HP and Dell Laptops. Mostly Core2Duo, with a few first and second generation i5 and i3s mixed in.

22. I worked at BestBuy warehouse. One tip: when buying a tv, make sure the staff in store open and check the screen first before you take it out of store (no matter the size of the tv). During busy season like Christmas, boxing day or Black Friday we will drop a lot of products during shipping and packing.

23. I worked for 2 years at a call center for Cox cable doing tech support for Internet and tv. It’s more important for the techs to get you off the phone than to actually resolve your problem. Don’t blame the techs, they’ve got supervisors breathing down their necks, and the supervisors are breathing down their necks because customers complain about being on hold so much. When I was doing it 3 years ago, calls had a limit of 7 and a half minutes. 7 and a half minutes to take your info, diagnose your problem, give you a solution, and resolve the call (the CALL, not the problem). If the call goes over 7:30 minutes a supervisor would come over and ask what was going on. I got in trouble so many times for genuinely trying to help people, it was disgusting.

One time I spent a good 30 minutes on the phone with a guy in San Diego who was setting up his internet. He was old, slow, and computer illiterate but really nice and patient so I did everything I could and eventually got him going. He was thrilled, spoke with my supervisor to tell them how happy he was with me. I got written up for that because I wasted time helping one person when i could have been fake-helping many others. I’ve heard plenty of stories just like this from the other cable companies and the call centers they contract out.

24. Midway games at carnivals or fairs purposely let people win early on in the day. This way people carry around the prizes and advertise them for the rest of the day.

25. At Subway my manager never once bought real mayonnaise. The Light Mayo and the Real Mayo are both Light Mayo. Investigate them.

The Secret Industry of the US Prison System (Infographic)